- Wondering why to study this chapter? Know the real world use of it!
1
IMAGE DISECTOR
The photoelectric effect is the emission of electrons when electromagnetic radiation, such as light, hits a material. An image dissector focuses a visual image onto a layer of photosensitive material, such as caesium oxide, which emits negatively charged "photoelectrons" proportional to the intensity of the light striking the material. Electrostatic deflecting plates or magnetic fields then periodically manipulate the resulting electron image horizontally and vertically before an electron multiplier, or a small aperture leading to a positively charged detector, or anode, in the case of the earliest dissector tubes. The electron multiplier or aperture permits only those electrons emanating from a very small area of the electron image, representing a similarly small area of the visual image. The entire image is scanned several times per second to produce an electrical signal suitably representative of a moving visual image. Because the dissector does not store charge, it is useful for viewing the inside of furnaces and monitoring welding systems as it does not suffer from the "flare" normal picture tubes experience when looking at intense lights. 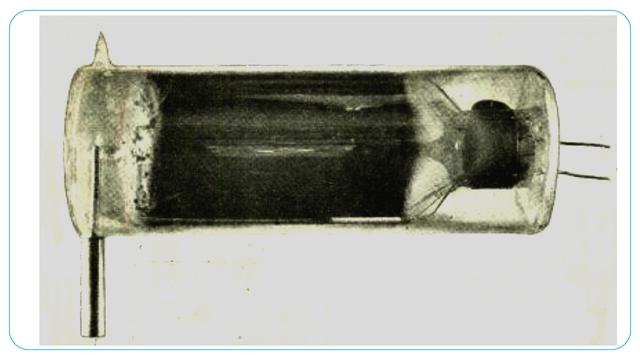 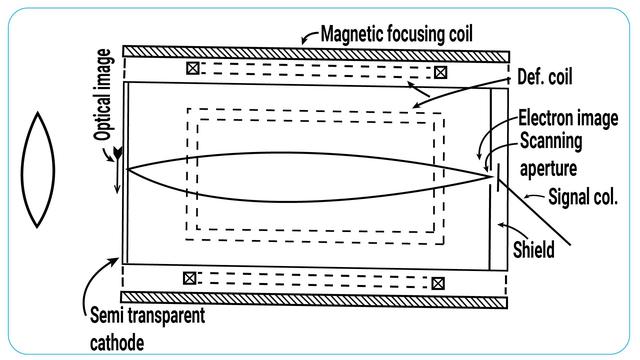 2
ELECTRIC EYE
Electric eye is a light sensitive electronic device that can produce or modify electrical currents based on the presence or absence of light. In other words an electric eye does not really see any thing; instead in will sense the light and based on the amount of light or presence/absence of light it will create or modify an electric signal. The main part of an electric eye is a photoelectric cell which works on photoelectric emission.
A typical electric eye system includes a light source that produce a straight light beam. The light beam is focused on a light sensor or photoelectric device that is placed in the opposite side. When something or someone cuts the light beam, the electrical changes in the light sensor will activate a switch that in turn can be connected to an alarm or perform any other function. 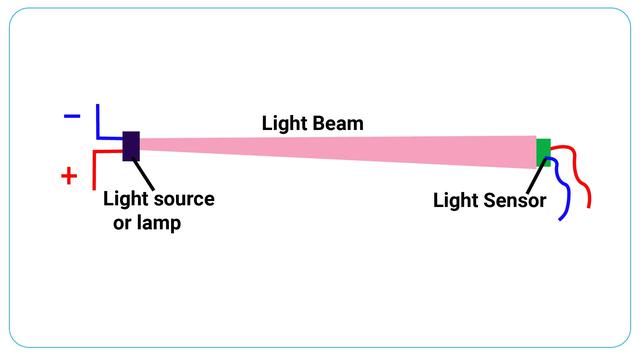 3
APPLICATION OF DUALITY
Our eye uses dual nature to see the colorful world around us. Consider sunlight (white light) incident on an innumerable object the light reflected has a definite wavelength and for the rays reaching our eye from the object, the eye forms the real image on the retina.
The optics of the eye create a focused two-dimensional image of the visual world on the retina, which translates that image into electrical neural impulses to the brain to create visual perception, the retina serving much the same function as film or a CCD in a camera. The retina consists of several layers of neurons interconnected by synapses. The neural retina refers to the three layers of neural cells (photoreceptor cells, bipolar cells, and ganglion cells) within the retina, which in its entirety comprises ten distinct layers, including an outer layer of pigmented epithelial cells. The only neural cells that are directly sensitive to light are the photoreceptor cells, which are of two types: rods and cones. Rods function mainly in dim light and provide black-and-white vision while cones are responsible for the perception of color. 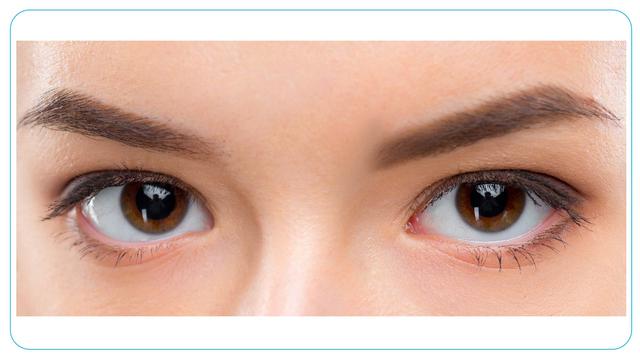 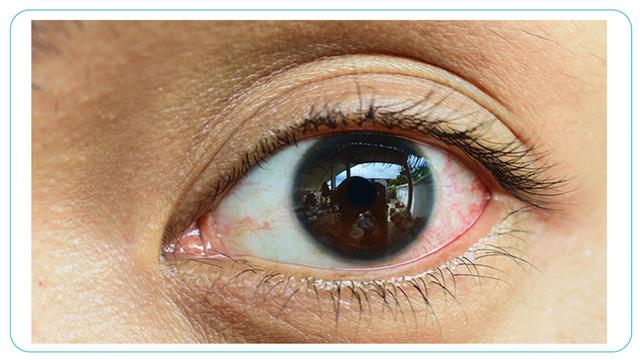 4
BURGLAR ALARM
The photovoltaic cell is used as a burglar alarm. This device is kept near significant places to be protected from a thief. A burglar alarm is a device which is used for locating intruder, thief near precious, valuable things.
The device consists of a photocell and a infrared source of light. The light from the infrared source is made continuously incident on the photocell making the photoelectric effect continuous. Thus the photoelectric current in the cell flows continuously. When the path of infrared light is obstructed by the thief, the light falling on photocell is cut-off and photoelectric current in the cell stops and relay circuit is activated and a siren starts hooting. 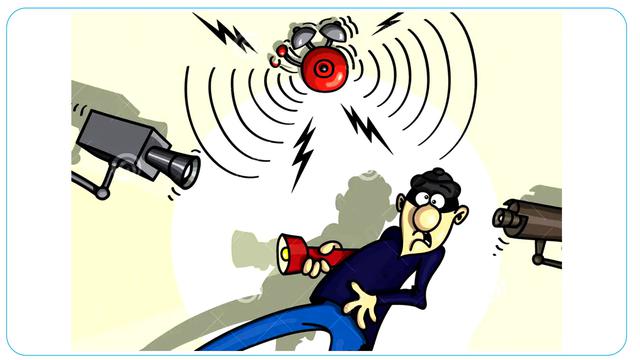 5
THERMIONIC POWER CONVERTER
Thermionic power converter, also called thermionic generator, thermionic power generator, or thermoelectric engine, any of a class of devices that convert heat directly into electricity using thermionic emission rather than first changing it to some other form of energy.
A thermionic power converter has two electrodes. One of these is raised to a sufficiently high temperature to become a thermionic electron emitter, or "hot plate." The other electrode, called a collector because it receives the emitted electrons, is operated at a significantly lower temperature. The space between the electrodes is sometimes a vacuum but is normally filled with a vapour or gas at low pressure. The thermal energy may be supplied by chemical, solar, or nuclear sources. Thermionic converters are solid-state devices with no moving parts. They can be designed for high reliability and long service life. Thus, thermionic converters have been used in many spacecraft. 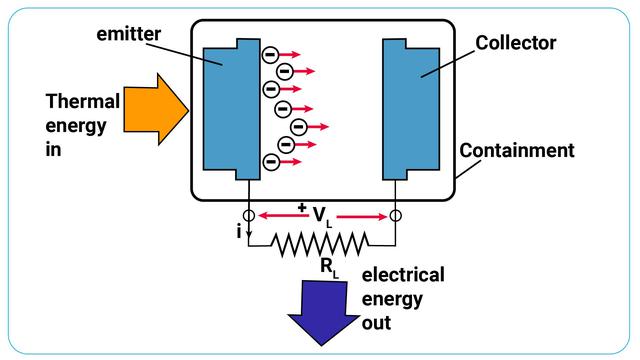