The Coordinate Geometry is a vast subject in the field of Mathematics. The expanse of coordinate geometry is infinite as more and more dimensions are being discovered in the real world. However, we now limit our studies upto only three dimensions. This article will deal with all the basics to charge you up for 3D Geometry!

The topic of 3D geometry is quite important and a bit complicated as compared to its counterpart two dimensional geometry. One of the ways of describing a 3D object is by approximating or assuming its shape as a mesh of triangles. A triangle is generally defined by three vertices wherein the positions of the vertices are described by the coordinates x, y and z. The major heads that are included in 3D coordinate geometry are the direction ratios and direction cosines of a line segment along with definitions of the plane.

Direction Cosines of a Line Segment

Let us assume that θ is the angle between the two lines say AB and AC whose direction cosines are l1, m1 and n1 and l2, m2 and n2 then

Also if the direction ratios of two lines a1, b1 and c1 and a2, b2 and c2 then the angle between two lines is given by

Then what is the Condition for Parallel or Perpendicular Lines?

When the two lines are perpendicular, the angle between the lines is 90° which gives the condition of perpendicularity as

Similarly, when the two lines are parallel, the angle between them i.e. θ = 0.

Projection of a line segment on a given line

where at least one of the numbers and must be non-zero. A plane in the 3D coordinate space is determined by a point and a vector that is perpendicular to the plane.

A plane in the 3D coordinate space is determined by a point and a vector that is perpendicular to the plane. Let P0 = (xo,yo,zo) be the point given, and n the orthogonal vector. Also, let P = (x,y,z) be any point in the 3D space, and r and ro the position vectors of the points P and Po respectively. Now, if we let n = (a,b,c)  then since PoP is perpendicular to n we have 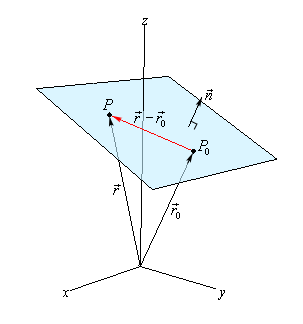 Hope this article on 3D Geometry helps with your preparation. You can check out vectors here to help with your prep work. All the best! 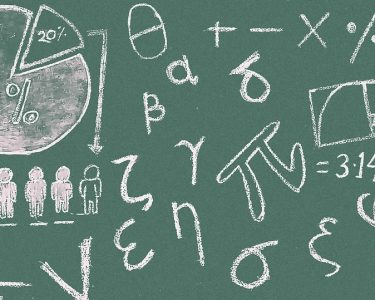