If you thought that a 3D printer can make any object on demand like the “Star Trek” replicators of science fiction, then you are wrong. But a growing array of 3D printing machines has already begun to revolutionize the business of making things in the real world. The world of 3D printing is at times a tangled web of technologies, materials, and new processes and capabilities and that can make navigating the 3D printing ecosystem difficult.

While it’s not exactly easy to bundle 30+ years of manufacturing advancements into a succinct article, we’ve taken on the challenge because we want to act as a springboard for your creativity to run wild.

In this guide, you’ll find everything you need to know about 3D printing, starting with the very basics before diving deeper to give you expert knowledge.

How Does 3D Printing Work?

Let’s simplify it. 3D printers work by following a computer’s digital instructions to “print” an object using materials such as plastic, ceramics and metal. The printing process involves building up an object one layer at a time until it’s complete. For instance, some 3D printers squirt out a stream of heated, semi-liquid plastic that solidifies as the printer’s head moves around to create the outline of each layer within the object.

The instructions used by 3D printers often take the form of computer-aided design (CAD) files — digital blueprints for making different objects. That means a person can design an object on their computer using 3D modeling software, hook the computer up to a 3D printer, and the watch the 3D printer build the object right before his or her eyes.

A Brief History of 3D Printing

Although 3D printing is commonly thought of as a new ‘futuristic’ concept, it has actually been around for more than 30 years. Chuck Hull invented the first 3D printing process called ‘stereolithography’ in 1983. He defined stereolithography as ‘a method and apparatus for making solid objects by successively “printing” thin layers of the ultraviolet curable material one on top of the other’. This patent only focuses on ‘printing’ with a light curable liquid, but after Hull founded the company ‘3D Systems’, he soon realized his technique was not limited to only liquids, expanding the definition to ‘any material capable of solidification or capable of altering its physical state’. With this, he built the foundation of what we now know today as additive manufacturing (AM) – or 3D printing.

There are now roughly 300,000 consumer 3D printers in the world – and this figure is doubling every year.

Where Exactly is This Technology Used?

3D printing is changing the way we produce objects—from tools, toys, food to even body parts. The technology has found application in almost every industry from medicine, automotive, aviation to the aerospace industry. It has revolutionized manufacturing by enabling rapid prototyping, which helps industries save a lot of money. With the introduction of 3D printers, changes can be made instantly on the computer and the prototype can be reprinted on the same day.

The medical industry is experiencing revolution at different levels, with patients around the world given high-quality facilities with the help of 3D-printed implants and prosthetics. The technology has also been used in tissue engineering applications where organs and body parts are built using inkjet techniques.

Other uses of this art include reconstructing of fossils in palaeontology, replicating ancient artefacts in archaeology, and reconstructing heavily damaged evidence acquired from crime scenes.

With successful results in the field of energy use, waste reduction, product availability, medicine, art, construction and sciences, 3D printing looks like the way forward. It has the potential to change the nature of commerce by helping end users to do their own manufacturing rather than engaging in trade to buy products from other people.

So, let’s look at the most common 3D printing technologies in detail. 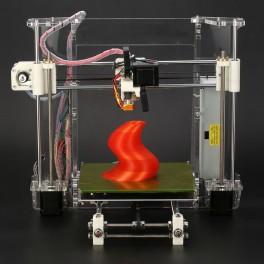 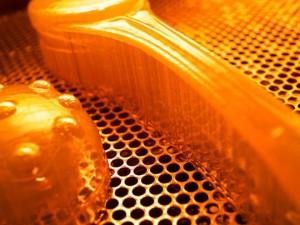 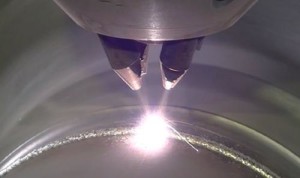 Common in industrial manufacturing, this method of 3D printing uses lasers to fuse powdered materials together, layer by layer. Example SLS 3D printer manufacturers include EOS and 3D Systems. It is used in the automotive, medical, consumer, art, and architecture sectors for thousands of products.

There you have it, a brief guide that we hope has left you a little bit more informed about what 3D printing is, what it’s used for, and how the various technologies involved in the process actually work.