The very thought of appearing in exams sparks stress in almost all the students. There are a number of reasons behind this stress which may also result in getting the mark sheet painted in red. Little do we realise that stressing out will give us worse results. Here are a few stress busters to have an eased out approach when exams are knocking at the door. This game has an uncanny resemblance to Atari’s “Pong”. The game follows all the usual rules of air hockey, but the twist is that all the graphics light up. Glow Hockey Free is visually pretty impressive, and the colourful neon table, pucks and paddles are very authentic. Glow Hockey is very easy to play. Just hold your finger somewhere near the paddle and drag it around. KAMI is a relaxing puzzle game where you have to fill the screen with coloured folded paper within a predetermined number of moves.
It is super-relaxing, with Asian-inspired music and a visual style that takes its cue from Japanese origami. The game looks impeccable and is easy to play. The app is perfect for chilling out without tying yourself in knots! The aim is to fill the screen with colour. Unlike KAMI, in Color Zen, you’ll have to crash the colours together to make them spread around the screen. If you’re into logic games, playing with spatial awareness and abstract colours, this is something you’ll want to check out.
Color Zen is an ‘experience’ rather than just a game. The immersive and relaxing music, mixed with gentle gameplay, means it’s a title which sucks you in and chills you out. It creates an impressive atmosphere which is easy to be absorbed into. On each of Splice‘s microscopic levels, you are tasked with pulling apart and piecing back together a series of microorganisms, such that they fit precisely to the design document. This involves experimenting with how the structuring of the organisms works, and the various tricks you can implement to get everything in the right place. Since the game throws you in at the deep end, the confusing soon becomes downright incredible, with numerous moments of pure genius. On around half a dozen occasions you would find yourself sitting back, mouth wide open, simply admiring your handiwork and wondering how you even managed to get to that point. 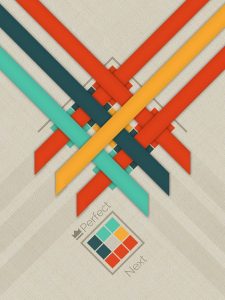 The goal of Strata is to entirely fill each grid with coloured ribbons in the correct sequence. Each placed ribbon lies on top of the previous one. The top ribbon you place must match the coloured square at that point. Each Set gets more challenging, as the grid size grows and more colours are introduced. Challenge yourself by Perfecting a grid – placing all ribbons without an Undo.

These were some of the best stress busters available on the internet, which will definitely come in handy before exams. However, to succeed in examinations, you need to bring about some changes in your lifestyle as well!