Airplanes’ Black Boxes are also called flight recorders. These are electronic tools used for recording information on an airplane. The recorded information is used to get a clear picture of an airplane during severe incident like a crash. 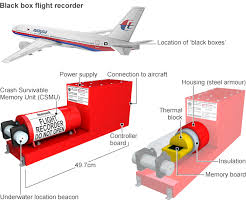 There are basically two types of these recorders carried by airplanes. The first one is flight data recorder which makes a record of several instructions sent to the electronic systems of the plane. The second one is the cockpit voice recorder which makes a record of different conversations, sounds and radio communications in the cockpit. Recorders can also be the part of the same unit sometimes. The work procedure of airplanes’ black boxes can be explained by the following points:

With the recent incidents of air-planes that went missing, it is crucial to understand how Airplanes’ Black Boxes work. And if creation of this is something which fascinates you, you should definitely pursue it.

You can read more about some amazing technological advances made by science and accidental discoveries that changed the world.