Most probably you might not have heard of his name. He is not a celebrity, a business tycoon or some millionare. He is just a common man who is using his skills to make the world a better place for others. So let me tell you who Mr. Arun Mehta really is and what he has done.

Dr. Arun Mehta has a B.Tech from IIT Delhi (1975), a Masters from Suny Stonybrook, USA, and a PhD from Ruhr University, Germany. Currently the President of Bapsi, Mr. Mehta is a software writer, teacher, disability activist and a human rights activist.  Let’s take a look at some of the admirable work he has done, to improve lives in modern India. 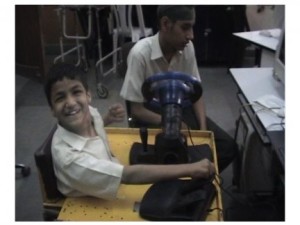 SKID( short for Special Kid) is a  software to provide free of cost communication support to children with special needs and all those who have difficulty with the keyboard and mouse.India, sadly, presents a very hostile environment for disabled people in general, and children in particular – not just for missed opportunities for learning and education, but for participation in several normal activities that most regular children enjoy. skid.org.in is home to a large group of software modules that children can use from any PC or mobile phone with access to the web. It is also a unique platform for learning web programming. The first module which has recently been made available online is co-designed by students from JMIT, Radaur, and allows special kids access to Wikipedia. At the request of Professor Stephen Hawking, Dr. Arun Mehta wrote eLocutor, a free and open source software that allows severely disabled people to write and speak.Professor Stephen Hawking and many like him can only operate a single button. Their ability to communicate with the world hinges on software that allows them to efficiently enter text into a computer and have it spoken for them, only through the operation of this single button. eLocutor was designed for Prof. Hawking to allow him to Type, Speak, and Command the computer.

eLocutor is distributed under GNU General Public License and is free. 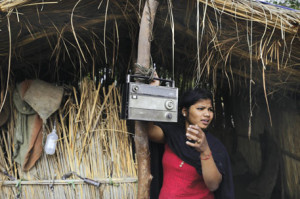 Working on the innovative use of a low powered FM, relying on the fact that 50 milliwatt FM transmitters are commonly available in the market . So, in 2002-2003, he  set up a 50 milliwatt transmitter in Oravakal village in Kurnool district of Andhra Pradesh.

4. Concept of concerts without noise pollution 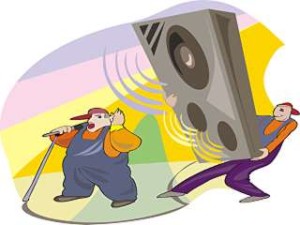 Concept for such concerts is distributed sound. Rather than having one large set of speakers, what they do is feed the audio to a low-powered FM transmitter. Then place radios where the people are sitting.So, rather than producing sound at one end of the hall and expecting people at the other end to hear it,  produce the sound only where it is actually being consumed.They tried this out at the Banganga festival near Malabar Hill, in Mumbai, which is held in January every year. Incidentally, the organisers were forced to cancel it one year due to the noise pollution.
Earlier, they were consuming something like 2.5 kilowatts of power, this system used only 30 watts of power.

5. Vibrations series of products for deaf and blind In India, a lot of work has been done for single disability people but when it comes to multiple disabled people the services are almost negligible.VIBRATIONS is a series of mobile apps, that will enable the deafblind to receive and produce information to communicate using a smart phone. The project plans to use vibrations to read text to make wikipedia readable (by filtering out the unnecessary text, images and details), explore benefit of speech-to-text to listen to others and text-to-speech facility to type in text and make it possible for them to post tweets.

Open Spectrum campaigns,Fighting against internet censorship are few of the many other things he has been a part of. He has been awarded many awards for his work.

Let me ask you a question – what is being successful to you? Is it a million dollars in the bank? Is it just money? For me, being successful means changing things you don’t like about your life and that of others using your knowledge and skills and other resources. It’s about leaving the world as a better place than you found it.

Rather than doing all this,he could have stayed in US, contributed in the big brain drain our country is facing but he didn’t. He used his skills for betterment of others and so should we.

Dr. Arun Mehta has been touching lives through his vision and desire to make a mark. We may not have his resources at our command, yet we can also do our bit by doing a bit of social work. Here‘s why doing social work in your vacations is a good idea.