This year in march doctors in Meerut have successfully pulled off what they call the world’s first ayurvedic surgery upon an 83 year old man. In the process of removing a 240-gram prostate from his body, no antibiotics were used. Instead, Ayurvedic herbs like Amla, guggul, and turmeric were successfully used to reduce the chances of surgical site infection. 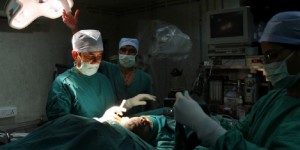 Ayurveda: The Next Big Thing In Medicine

Using Ayurveda in surgery can be a new ray of hope in the world where antibiotics are a dying cause. An increased use of antibiotics can lead to viruses developing resistance for the same and hence use of antibiotics can not be of any use.Unfortunately, many antibiotics prescribed to people and to animals are unnecessary and the overuse and misuse of antibiotics helps to create these drug-resistant bacteria.When used properly, antibiotics can help destroy disease-causing bacteria. But if you take an antibiotic when you have a viral infection like the flu, the drug won’t affect the viruses making you sick. Instead, it’ll destroy a wide variety of bacteria in your body, including some of the “good” bacteria that help you digest food, fight infection, and stay healthy

For nearly a century,  antibiotics have helped to control and destroy many of the harmful bacteria that can make us sick but with time and unnecessory and common use of antibiotics it has lead to development of superbugs. Superbugs are strains of bacteria that are resistant to several types of antibiotics. Each year these drug-resistant bacteria infect more than 2 million people nationwide and kill at least 23,000.

Although extensive scientific research needs to be conducted on Ayurvedic medicines to ascertain the effectiveness it claims and its necessary before using it in mainstream medical science coz then and only then people will adopt it more clearly as to most people it appears as some ancient literature. But we cannot refrain from the fact that it has a great scope of becoming a cheap ,easily available and effective medicine if proper research and developments are done in this domain.

It will serve as a great breakthrough in medical science afterall its “ayurveda”,the Knowledge of life. 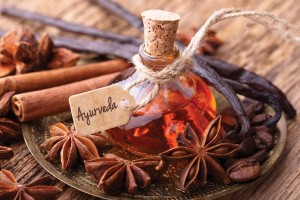 Ayurveda is one of the world’s oldest arts of healing. Read more about the father of healing, Sushruta, here.