The voters in the United Kingdom (UK), through a referendum on 23rd June, have chosen ‘Brexit’. The term simply means that the UK will no longer be a part of the European Union (EU) once the exit is formalized.

While the world worries over Brexit’s consequences over multiple fronts, the Indian students who are currently in the UK, or those who are willing to move there for their higher studies can certainly be considered as the beneficiaries of this development. And before you start pondering ‘why so’ over it, some of the key-points summarizing this effect are given below:

Decrease in the Overall Cost of  Studying and Travelling

Following the Brexit, the GBP (Great Britain Pound) has crashed. The pound was earlier around Rs. 101, and now it has come down to Rs. 92. And it is likely to remain at these levels for some time. This fall in the GBP, considered financially, is a good news for the Indian students studying there, or for those who are looking forward to study in the UK as it then would be favorable for sending remittances.

Similarly, the depreciating pound sterling means lower college fees for the Indians students and their parents, who pay it by converting the rupee into pound. So, this depreciating value of GBP implies that the Indian students can save up to about 10% in the overall costs (fees and living expenses). Even the airline fares from India to UK and around will also get cheaper. Hence, the new students flying for September/October 2016 academic sessions can also save some money otherwise incurred on travel.

Number of  Jobs for the Indian Students is Likely to Rise

Since EU students will now need a visa (or a work permit) in order to work in the UK, it will ease out the competition a little bit for the Indian students. Earlier when it came to the job recruitment, preference was first given to the UK nationals and the second preference was given to the citizens from EU countries. In this earlier case, the international students, including Indians, usually got the last preference. After a formal exit under the Brexit, the Indian and European students are likely to get the same preference in the job recruitment process. This was suggested by Preeti Patel, the Employment Minister in the UK. So, the qualified and skilled Indian students will find it easier to study there, as well as to get a job subsequently.

According to the Financial Times, 6.8% of the existing workforce in UK hails from some EU country. Following the Brexit, these jobs can easily go towards qualified, skilled and deserving Indian students. Also according to the reports from The Guardian and The Telegraph, 25% of the employers said that they would like to increase the recruitment of international graduates.

There are some other implications of ‘Brexit’ as well, which should also be kept into consideration while analyzing the complete picture. However, its noteworthy to mention here that these implications aren’t necessarily the negative ones, and are heavily influenced by the subsequent actions and policies of the UK post its exit from the EU. These implications are mentioned as follows:

The area of higher education in the UK receives considerable funding from the EU institutions. Brexit will therefore lay significant pressure on the UK universities’ research funds. Students will be concerned that any removal of this funding could have implications for the support they receive. This may change student preferences towards the wider EU and American universities if the UK government doesn’t secure a better deal with the rest of EU in this regard.

Many reports and analyses have suggested that ‘Brexit’ was mainly an ‘anti-immigration mandate’. This will be a very important factor to be considered in the overall decision-making process. Places like London, Scotland and Northern Ireland, which overwhelmingly voted in favor for ‘Remain’, are likely to be much more hospitable and palatable over the other places that voted ‘Leave’. Places with more paranoid and ‘nationalist’ sentiments are likely to feel unsafe to reside for the outside students.

As of now, Indian students studying in the UK need a visa to travel (Schengen Visa Type C) or work (Schengen Type D) in most of the European countries (Schengen Zone). Likewise, Indian students in Europe again need a visa to enter the UK (study, travel or work). Brexit, once formalized, will hardly make any difference to the current scenario for the Indian students. However, the visa norms that restrict post-study work has discouraged students from India to go to the United Kingdom of late. And it needs to be seen that whether there is a change in these norms and policies after the formalization of Brexit.

Most of the universities and unions representing the students’ interests have released statements to assure the students that their interests will remain unaffected by the Brexit move. But some anxiety and uncertainty over the kind of future that the UK will hold for them will still remain among the students, given the kind of political rhetoric the referendum campaign had unleashed. However, the shining line here is that the credibility of some Indian colleges has resulted in foreign universities accepting the Indian entrance exam scores as a valid selection criteria. Check out the list of such universities here. 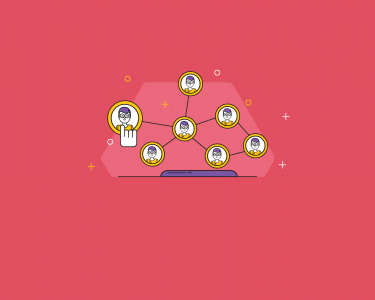 How to get an admission in Sainik School Nalanda

Are you thinking about preparing yourself properly for a career in the National Defence Academy and such related fields? Well, then you will need to g West Bengal Scholarship – All that you need to know!

West Bengal Scholarship: To provide financial assistance to meritorious students from economically challenged backgrounds as a motivation to continue