An Overview of BSE Telangana

The Telangana Board of Secondary Education – BSE Telangana – is a board of education for public and private schools under the state government of Telangana, India. It was formed in June 2014. It has its headquarters in Hyderabad. The board controls and maintains the secondary examination in the state of Telangana.

BSE Telangana executes and directs a variety of activities that include prescribing syllabus, conducting examinations and providing affiliations to the institutions of Telangana.

The Board is also known as the Directorate of Government Examinations that conducts TTC, D.Ed., Technical TTC, LPD Exams along with Class 10th Public Exams.

The board has released the timetable for secondary education on its official website. The students are advised to save and print their BSE Telangana Board Exam Date sheet for further reference. The results of the BSE Telangana Board examination are announced in the month of May. Both Telugu and English medium students can download the Telangana 10th Class Advance Supply Hall Tickets from the official website of TS BSE (Telangana State Board of Secondary Examination). The SSC aspirants this year might be close to 4 Lakhs in number. Hall ticket is not released as of now. It is expected to be released in the first week of March’18.

Carrying hall ticket is mandatory for admission into the examination center. If a candidate fails to carry the admit card, he/ she will not be allowed to enter the exam center.

The hall ticket contains all the relevant details such as the name of the candidate, venue, photograph, name of subjects, etc. 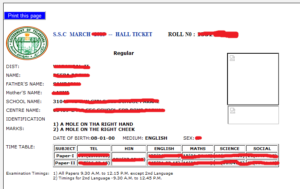 The female student population scored was slightly higher at a percentage of 86.57 as compared to the male students who have scored a percentage of 84.70. The Board had last year announced the results ahead of scheduled date and in a record time of 32 days after examinations.

For the academic year 2016-17, there has been a decline in the number of appeared students. The pass percentage has also decreased for girls, boys and overall.

This was all about BSE Telangana 10th Class exam. Toppr provides you all information about class 10 in an innovative way which is easy to grasp. More such intriguing articles are on the way.

That’s all for now. Toppr provides you with an exhaustive set of study material and doubt clearing facilities so that you excel in your exams! You can check out our video lectures for class 10. Each chapter of all subjects is covered, with sufficient emphasis given to all the important sub-topics so that you learn at your own leisurely pace!

Look up our 24×7 doubt clearing platform, where you can get your doubts solved by our carefully selected set of subject experts! 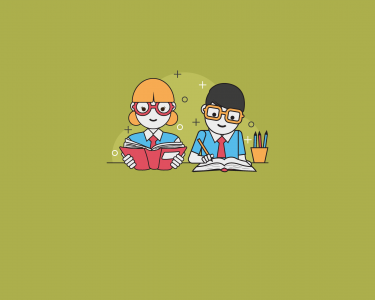