There are so many things around the kitchen that are of great use to us. While you might think that your chemistry lab at school is the only place to experiment, your kitchen is no less than a lab. You need to know what can be used for what, for the best results. One of the most important ingredients that can be used in a kitchen and serves various purposes is baking soda. The chemical name of baking soda is NaHCO3.

Baking soda is a really interesting chemical compound which can be used in various interesting experiments as well. Here is a small experiment that you can try out when at school in order to have some experimental fun with baking soda. Carry this experiment out in the open, rather the confines of a classroom, because you will be creating your very own safe volcano. These are particular favourites when it comes to nailing science projects. First take a soda bottle which is empty, preferably a two litre one. Then take about 400ml of vinegar(white), cold water(100ml), a little bit about 10ml dish soap and a few drops of food colouring and add them in a bowl and mix. Then pour this mixture very carefully into the soda bottle. Then take some baking soda about half a cup and fill the remaining portion with water and mix well. Once this mixture is ready, carefully pour it into the bottle and move away from it. Then slowly watch the mixture rise like an erupting volcano from the bottle! Wondering why this reaction happens? It is because of adding the baking soda. Let’s find out more about this rather interesting compound then.

What is baking soda?

The chemical name of baking soda is NaHCO3 and as it suggests it is made up of Sodium and bicarbonate ions. It also goes by the name sodium bicarbonate and is used for various daily purposes around the household. It is white and is generally used in its powdered form in households. It is believed to have an alkaline taste and begins to decompose at about 50°C into sodium carbonate because the heat changes the arrangement of the ions that constitute it.

How is baking soda prepared?

Both sodium bicarbonate or NaHCO3 which is the chemical name of baking soda and sodium carbonate which is mainly used in detergents are used widely. Hence there is a need for them to be produced through industrial means. The process through which the industrial production of these two chemical compounds takes place is known as solvay. The raw materials that are required for this production are brine solution, ammonia, water, and carbon dioxide, all in their raw forms. These are then combined together under necessary temperature and at the right pressure to industrially produce this compound. This process does not require much refinement and is hassle free and hence is considered to be rather inexpensive. It is because of this that the price of sodium bicarbonate is not much and can be easily accessed by anyone who wishes to use it.

If you take a look at the chemical name of baking soda you will see that it consists of hydrogen, oxygen, sodium, and carbon. These are not however present in the same amount in this compound. Sodium bicarbonate consists of 1.2% hydrogen, 57.1 % sodium, 14.3% carbon and about 27.4 % oxygen.
The physical and chemical properties of this chemical compound are:

History of the use of baking soda

It is not just recently that baking soda is being used for various purposes. It is a rather ancient chemical compound which has been in use in human history for quite a long time now. There seems to be a general agreement amongst historians that baking soda was primarily used first by the Egyptians sometimes as early as 3500BC. The chemical name of baking soda was not known to the ancient Egyptians. Apart from using this ingredient as a cleaning agent, it was also used in the embalming process of mummies. It was many years later in 1843 that a British chemist names Alfred Bird, found a solution by making baking soda which could be used instead of yeast, to which his wife was allergic. From then onwards there was no looking back. The use and manufacturing process of baking soda underwent changes with time and in 1970 it was proclaimed that this was an eco friendly cleaning agent, which could be used instead of harmful chemical cleaners. 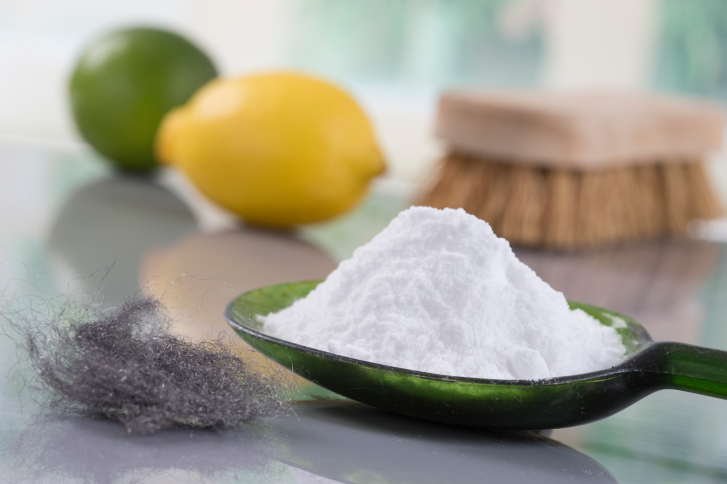 Baking powder is an item of daily use and is found in almost every household. Find out more interesting facts about this chemical compound.

Check out our article on Ten facts about Biomolecules here.