Many of the creative people in the history of mankind, who made a mark in the world with their work, were mentally ill. They had strange practices and were a little bit crazy if we may take the liberty to use that word! It is hard to separate their personal beliefs from their famous piece of works. The question is,’Do you need to be mad to become great?’ Studies reveal that creative minds are somehow prone to drastic mood changes or depression and can be suffering from bipolar disorder, schizophrenia, etc. The question that naturally comes to mind is this – do you need to be mad to become great?

The Curious Study of ‘Insanity’

As a part of research done in Sweden, the intelligence of some 7,00,000 16-year-olds was observed for a decade. The aim of the study was to find out how many of them developed mental illnesses. And the results were published in 2010. It was found that those people who excelled when they were 16 years old were more likely to develop bipolar disorder. People with bipolar tend to be creative when they’re coming out of deep depression. When a bipolar patient’s mood improves, his brain activity shifts too. Activity dies down in the lower part of a brain region called the frontal lobe, and flares up in a higher part of that lobe. Amazingly, the very same shift happens when people have bouts of creativity. It connects bipolar disorder and creativity and ultimately such people tend to become great.

Role of the DARPP-32 Gene

DARPP-32 (Dopamine- and cAMP-regulated phosphoprotein)– allegedly connects genius and madness. It enhances the ability to think. It can be found in the genetic codes of almost three-quarters of people. While the majority of these people will experience cognitive improvements by carrying the gene, scientists have found this gene can also indicate a certain set of risks. The DARPP-32 gene also shaped and controlled a nerve circuit, which links the pre-frontal cortex with another brain region, the striatum, and is closely involved with schizophrenia.

Do you need to be mad to become great?

Is it necessary for one to be mad to become great? Here are some of the great personalities who emerged victorious and dissolved the borders between genius and psychopath.

He was a high-profile academic. He discovered the famous Pythagorean theorem, which we learn in school today. He was an inspiration for Plato’s theory of democracy. But he did develop his own religion “Pythagoreanism,” which was insane. It’s considered that the square of insanity of Pythagoreanism was the sum of the square of insanity of all other religions. He used to think that edible beans are evil and walking on the highway was also a sin. Swallows (species of birds) should not be allowed to make a nest under the roof. Pythagoras also supported vegetarianism but slaughtered an ox to celebrate his discovery of the famous theorem. 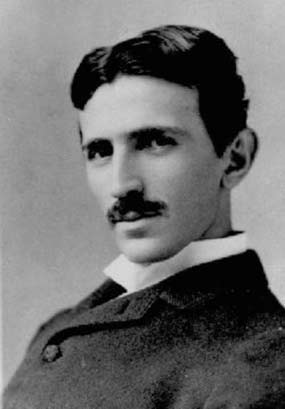 One of the most-celebrated physicists and engineers of the 20th century, he made an astonishing number of contributions to science. Some of his inventions include the radio, computers, robotics, radar, etc. He is credited for A/C, electricity, and nuclear physics, but was not far from being strange. The physicist suffered from obsessive-compulsive disorder and was a severe germaphobe. Tesla refused to touch anything that had even a little dust on it. Tesla refused to touch anything round. Nothing can be more insane for an engineer than this. Before entering the building, he would walk three times around the block. When he stayed in any hotel, he insisted for a room with a number divisible by three. In every meal, he would use 18 napkins.

He is credited for the first electrical telegraph and made Morse code. His invention just revolutionised the means of communication. He was the forerunner in the modern binary code. But he was a bit paranoid. He was convinced that the Blacks, Jews, Catholics and the entire nation of Austria were working to destroy the White Anglo-Saxon Protestants of America. He wrote several books on the subject in which he talked about how the immigrants and lesser races were oppressing all the white people, how the Jews and Catholics were working together to kill Protestants, and how all of these groups met on a regular basis in the basement of an orphanage in Ireland. 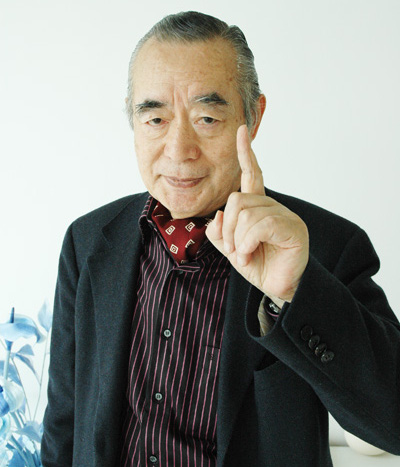 Nakamatsu is credited for more than 3000 patents. With the highest number of patents in the history of mankind, his inventions include CD, DVD, digital watch, taxicab meter, etc. So, what’s the strange side of  Nakamatsu? Well, he records everything he eats and wants to live exactly 144 years. This eccentric Japanese inventor and self-professed polymath sleeps just four hours at night as he thinks sleeping over six years in life is very bad. Since being diagnosed with cancer in 2013, he has been focusing on inventing his own therapy and pursuing four life goals. These include finding an alternative to nuclear energy, inventing a new form of public transport, making Big Data more manageable through a device that allows for easier information storage, and coaching the world’s youth to become better inventors.

The Italian Renaissance painter captured the heart of the world with his paintings. His painting ‘God Creates Adam’ remains the most-celebrated wallpapers of all times. But his insanity also had achieved great heights in his era. He rarely took a bath, or changed his clothes. The painter hardly ever took off his shoes and at times, his skin would come out with the shoe like the snake’s skin when he took them off. Many speculated that he was suffering from Autism. Avoiding all social interactions, he didn’t attend his brother’s funeral. It’s speculated that it was his autism that made him focus on his work obsessively and sacrifice absolutely everything else in his life. So, it was the kind of autism that allowed him to become world-famous in his field.

That’s all for today, folks!

You may also like to read some inspirational quotes by great men and inventions by Nikola Tesla!