Among the many specific concepts the student of physics must learn, perhaps none is so deceptively simple as the frame of reference. On the surface, it seems easy to make observations from a certain point in space and time. Yet, when the implications of this idea are explored, the fuller complexities begin to reveal themselves.

Frame of Reference is one of the basic concepts in Kinematics. Kinematics being based upon frame of reference, provides a great deal about the nature of motion of a body in a given sequence of circumstances. Physics involves the study of our surroundings, a form of analysis where everything is put through a logical reasoning process and often provided a theory for. Motion of object around us like cars, rockets, and plane can be understood through this concept. Relative motion or motion of objects with respect to each other is also described using this concept.

To analyse the motion of a body, first we need to find the location of the body at a certain instant of time. To do this, we have the coordinate system. The system of X, Y and Z axes, which are perpendicular to each other, are used to mark the position of an object in a 3 dimensional space. This frame of 3 axes is the frame of reference, which originates from the interaction of the three axes which is the origin. Now in this 3 dimensional space, we can analyse the position and thus the motion of the object. We can predict its path if it follows a path pattern described periodically.

What is Frames of Reference in Physics? 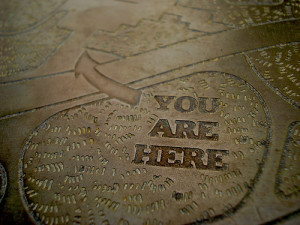 Imagine you threw and caught a ball while you were on a train moving at a constant velocity past a station. To you, the ball will simply go vertically up and then down under the influence of gravity. However, if there’s an observer on the station platform, then that person will see the ball travel in a parabola, with a constant horizontal component of velocity equal to the velocity of the train.

There are two types of frames of reference:

There are several ways to imagine this motion:

To get a detailed idea about the concepts and solve mind-boggling problems in Kinematics, you can try reading leading author HC Verma’s Concept of Physics in class 11th and 12th. Famous foreign publications in the field of physics include IE Irodov and SS Krotov.

Frame of references is only the beginning to the huge pool of interesting topics such as mechanics, which is extremely important for JEE. Read about how to tackle JEE mechanics here.