Perhaps you’re not that into geometric shapes and diagrams because it reminds you a little of the abstract art you pretended to understand, or perhaps you’re wondering if there is more to this subject than another Ed Sheeran song. Whatever the case may be, if you’re reading this you’re on a steady, 45° inclination towards success.

Geometry is the branch of mathematics that focuses on the properties of lines, points, surfaces, and two-dimensional and three-dimensional shapes. This study is important because it tells us the volume, area, length and width, and dimensions of different figures, which comprise of the world around us.

The basics of Geometry

A point is a precise position on a plane, usually represented by a dot. Points have no dimension but are only a precise location.

What are the basic shapes in geometry?

Any polygon (multi-sided shape) that has four sides is called a quadrilateral. Other ways to describe these include quadrangles or tetragons.

Sometimes polygons can be convex or concave in shape. In convex polygons, each angle is less than 180°, and concave polygons have one reflex angle that is above 180°. Essentially, concave shapes do not have dents, while convex shapes do. Triangles are always convex.

Examples of concave and convex polygons

A convex hexagon is a six-sided shape, where each angle is greater than 180° but has no reflex angle.

A concave hexagon is a six-sided shape, where at least one reflex angle is greater than 180°.

A simple, closed shape, a circle consists of a point called the center, and any point on the circle from the center is equidistance. A circle has infinite lines of symmetry. 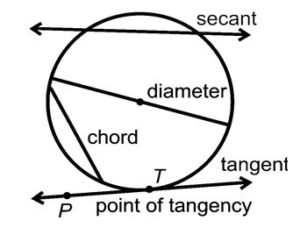 If your head is reeling from all the possible shapes Ed Sheeran could be singing about, don’t worry –there’s more. Common features for most all 3D shapes is that they consist of some number of faces, edges, and vertices. Below is a list of the basic 3D shapes, which by no means is exhaustive!