General awareness is an important part of any entrance examination but is often ignored by candidates as they tend to focus more on other subjects like Mathematics, Physics, Chemistry, and Analytical Reasoning. In any competitive examination, around 25% of the paper features questions that are based on General Knowledge. So, if you’re aspiring to get an admission into the top colleges across the country or crack any Government job exam, then it is essential to stay abreast of current affairs and General Knowledge topics. Having a firm grip on the General Knowledge topics and questions not only enables you to score higher in lesser time but also gives you an edge over others in Group Discussions and Personal Interviews.

General Knowledge can cover a variety of topics like the Physical Geography, the Indian and World Geography & History, Everyday Science, International Organizations, Awards & Honors, Everyday Science, Indian Economy & Politics, The Constitution of India, Current Affairs, etc. Today, in this article, we’re focusing on one important aspect of the Indian History that usually finds its way in the entrance exams i.e. the Governor General and Viceroy of India. 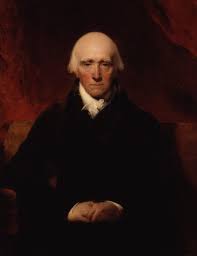 Warren Hastings was an English statesman and the first Governor of the Presidency of Fort William (Bengal), the head of the Supreme Council of Bengal, and thereby the first de facto Governor General of India.

Hastings brought the Dual Government system to an end by enforcing the Regulating Act of 1773. The Zamindars were given judicial powers and civil and criminal courts were established in each district during his tenure as the Governor General of India. Warren Hastings founded the Calcutta Madrasa for the promotion of Islamic studies in 1781 and founded the Asiatic Society of Bengal with William Jones in 1784. Hastings was elected a fellow of the Royal Society in 1801. Sir John Macpherson temporarily held the position of the Governor General of India. He was the acting Governor-General of Bengal from 1785 to 1786. Lord Cornwallis enjoyed the confidence of the British Government and was knighted in 1786. In the same year he was appointed as the Governor-General of India and the Commander-in-chief of India.

Lord Cornwallis enacted various significant reforms within the East India Company and its territories, including the Cornwallis code, part of which was responsible for implementing a number of significant land taxation reforms known as the Permanent Settlement of Bengal (also known as the Zamindari system). The settlement was an agreement between the East India Company and the then Bengali landlords to fix revenues to be raised from land. He was the pioneer of the Police reforms according to which each district was divided into 400 square miles and placed under a police superintendent. Lord Cornwallis also introduced Civil Services in our country and established lower courts and appellate courts.  From 1789 to 1792, he led the British and Company forces in the Third Anglo-Mysore War to defeat Tipu Sultan, the ruler of Mysore. Sir John Shore introduced the Charter Act of 1793. The attack of the Marathas on the Nizam was the important event that happened during his tenure as the Governor General of India. 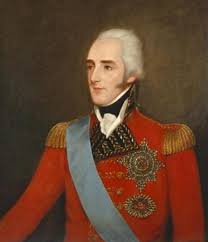 Lord Wellesley became the Governor General of India at a time when the British were involved in a life and death struggle with France all over the world. He soon realized that the political conditions in India were favorable for the expansion of the British Empire in India.

Lord Wellesley adopted the policy of Subsidiary Alliance to keep the Indian rulers under control and to further strengthen the British Empire in India. He opened a college to train the Company’s servants in Calcutta and is known as the Father of Civil Services in India. Lord Wellesley founded the Fort William College in Calcutta, which was a training center for those who would be involved in governing India. The important events that took place during Lord Wellesley’s tenure as the Governor General of India were the fourth Anglo-Mysore War (1979) and the second Anglo-Maratha War (1803-1805). It was during the tenure of Sir George Barlow that the Mutiny of Vellore took place in 1806 in which the Indian soldiers killed many English officials. Lord Minto was a well-trained politician and had been engaged for many years in the management of public affairs.

Lord Minto concluded the treaty of Amritsar with Maharaja Ranjit Singh in 1809. He also introduced the Charter Act of 1813. 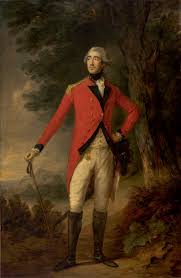 Lord Hastings served as the Governor General of India from 1813 to 1823, a long ten years term. His tenure is known for the policy of intervention and war.

Lord Hastings put an end to the policy of non-intervention which was adopted by John Shore. He abolished the censorship of the press and established the Ryotwari System in Madras and the Mahalwari System in Central India, Punjab, and Western UP. The important events that took place during the tenure of Lord Hastings are Third Anglo-Maratha War (1816-1818), the treaty of Sagauli with Nepal in 1816, and the creation of Bombay Presidency in 1818. 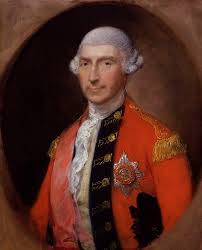 Lord Amherst was the Governor General of India from 1823 to 1828.  The principal events of his tenure were the annexation of Assam leading to the first Burmese war of 1824, resulting in the surrender of Arakan and Tenasserim to the British Empire. The mutiny of Barrackpur in 1824 also took place during Lord Amherst’s tenure. 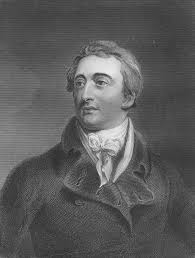 Lord William Bentinck is known as the liberal Governor General of India. He is credited with very important social and educational reforms in India including the abolishing of Sati, the suppression of female infanticide and Thuggee, ending lawlessness, human sacrifices.

Lord William Bentinck was instrumental in introducing English as the langue of instruction in India. 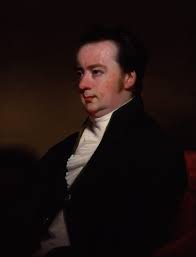 Sir Charles Metcalfe held the office of the Governor-General of India briefly for a year. His tenure is remembered for the carrying out and execution of all the measures that were initiated before him by Lord William Bentinck.

Sir Charles Metcalfe removed the restrictions on the Vernacular Press and repealed the 1823 licensing regulations. 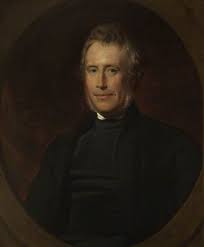 Lord Auckland served as the Governor General of India from 1836 to 1842. As a legislator, he dedicated himself especially to the improvement of native schools and the expansion of the commercial industry of India.

During Lord Auckland’s tenure, the first Anglo-Afghan war gave a severe blow to the British Prestige in India. James Andrew Ramsay, also known as Lord Dalhousie served as the Governor General of India from 1848 to 1856. During his tenure, the Second Anglo-Sikh War (1849) was fought in which the Sikhs were again defeated and Lord Dalhousie annexed the whole of Punjab to the British administration. He introduced the Doctrine of Lapse and captured Satara (1848), Jaipur and Sambhalpur (1849), Udaipur (1852), Jhansi (1853), and Nagpur (1854).

During Lord Dalhousie’s tenure, the first railway line between Bombay and Thane was opened in 1853 and in the same year, Calcutta and Agra were connected by telegraph. In 1854, Wood’s Despatch was passed which provided the proper system of education from the School to the University. His other reforms include setting up of P.W.D. and passing of the Widow Remarriage Act (1856). Lord Dalhousie was the one who made Shimla the summer capital of India.

The useful information provided on this page about the Governor Generals of India will help you a great deal in answering some tricky questions in entrance examinations.

Toppr wishes you all the best!

Important Points to Keep in Mind while writing Boards

The start of the month of March marks the start of another important phase in a student’s life, perhaps described as ‘Make-or-Break’ phase by ma