IBPS SO Notification 2019 releasing shortly by the Institute of Banking Personnel Selection Committee. There’s an expected vacancy of 1590+ posts. The IBPS SO 2019 recruitment process will be conducted for selecting candidates for the post of Specialist Officers in different Public Sector Banks for multiple positions. Similarly, the Institute of Banking Personnel Selection conducts the IBPS PO Bank Exam for Probationary Officers/Management Trainee (PO/MT). The official notification will be out soon. IBPS introduced 4252 vacancies for the IBPS PO 2018-19 Exam.

With the exams being conducted by the same Institute, one is bound to compare one exam with the other. Questions such as:

often arise in the minds of the candidates.

A healthy comparison is necessary as it will give aspiring candidates a clear picture of what to give more importance to. In this article, we attempt to clear such common curious questions that enable students to make an informed decision. After reading this article, you won’t have to spend hours on the internet in order to gain more insight regarding the same.

It is often accepted that the difficulty level of these exams is more or less on the same level, but candidates find IBPS PO to be more competitive in nature because of a higher number of people applying for the same.

Selection Process of IBPS PO and SO

Exam Pattern of IBPS PO and SO

For the Post of Law Officer, IT Officer, Agriculture Field Officer, HR/Personnel Officer, and Marketing Officer

Graduation Degree: The eligibility criteria for the IBPS CWE exam is as basic as a graduation degree (BA, BCom, BSc, B.Tech or as such) in any discipline from a University recognized by the Government of India. Any such candidate who has received an equivalent qualification which is recognized by the Central Government is also eligible to apply for this exam.

The candidates must be in possession of a valid Mark-sheet / Degree Certificate that certifies that they are a graduate on the day they register for this exam and must indicate the percentage of marks obtained in Graduation while registering for the IBPS Bank-PO examination.

Computer Literacy: Working knowledge of computer systems is necessary for the job as well as to give the IBPS PO exam which is conducted in online mode.

Language Proficiency: Verbal and written proficiency in the official language of the State/UT is desirable. The candidate must be able to read, write and speak the language. 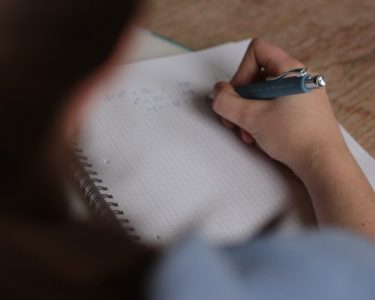 Study Tips: How to Crack IBPS PO in the First Attempt

Institute of Banking Personnel Selection conducts the exam for the post of Probationary Officer in various banks. Once selected, candidates are traine

IBPS SO or IBPS PO: Which is Tougher?

IBPS SO Notification 2019 releasing shortly by the Institute of Banking Personnel Selection Committee. There’s an expected vacancy of 1590+ post