The announcement for setting IIT Bhubaneswar was made by Arjun Singh, the then minister of human resources, in a press conference in 2008. IIT Kharagpur played the mentoring role for its Bhubaneswar counterpart. IIT Bhubaneswar is a public engineering institution established in 2008 and located in Odisha, India. It is one of the eight new Indian Institutes of Technology (IITs) established by the Ministry of Human Resource Development, Government of India under The Institutes of Technology (Amendment) Act, 2011. Popularly known as IIT-BBS, it is currently headed by Prof. R.V. Rajakumar, the Director of the Institute.

In this article, we’ll take a close look at the institute and help make your search for information easier online.

The candidates will be selected on the basis of their performance on GATE scorecard.

2.) Candidates who wish to appear in JEE (Advanced), must write Paper-1 of JEE (Main). Candidates may visit the website http://www.jeemain.nic.in for information about JEE (Main).

OPENING AND CLOSING RANKS (Round 1) FOR VARIOUS COURSES: JEE (Advanced) – 2017

How to Reach IIT Bhubaneswar

According to the National Institutional Ranking Framework (NIRF) ranking, Indian Institute of Technology (IIT) Bhubaneswar has been ranked ‘18’ among all the engineering institutes of the country. The parameters broadly cover “Teaching, Learning and Resources,” “Research and Professional Practices,” “Graduation Outcomes,” “Outreach and Inclusivity,” and “Perception”.

The Institute has started operating from the permanent campus at Argul from academic session 2015-16. The academic session begins in July each year, and the site is near Jatni Railway Station on the East Coast Railway. It is around 25 km from Biju Patnaik Airport, Bhubaneswar. The land is picturesque with Barunai Hill on one side and a reserve forest nearby. A total of 936 acres (3.79 km) of land has been allocated for this Institute. The campus also has a science park to support industry-oriented research activities. The classrooms and the laboratory facilities of the 1st and 2nd-year students are fully functional on the new campus. However, the laboratory facilities of the 3rd and 4th-year students will be active by the end of December 2016.

IIT Bhubaneswar is the first one to set up a separate marine campus in 2011 for conducting research in rising sea levels, ecology, disaster management, marine ecosystems, fishery development, and other areas. This campus, which will be a part of the School of Earth, Ocean, and Environment Sciences, will be set up near Chilka lake. It will have educational facilities for undergraduate and postgraduate students.

Several other universities and research institutions are either present or being established in the vicinity, including AIIMS Bhubaneswar, NISER, IIIT, XIMB and the Institute of Physics.

The Students’ Gymkhana is a student body, fostering all student activities at IIT Bhubaneswar and bridging the gap between the students and the authorities. From its genesis in the year 2010, it seeks to cultivate various qualitative approaches amongst students to master an enhanced life. The Students’ Gymkhana is the nucleus of the numerous extra-curricular, technical and co-curricular activities held in IIT Bhubaneswar spanning activities of different genres of sports, cultural and technical fields. It plays a cardinal role in cultivating and nurturing their extra-curricular talents here by encouraging their participation in a number of contrasting events. Gymkhana works towards an aim to bring all round development in the students through their active role in extra-curricular activities to supplement education and advancing the general welfare of our students. The hierarchy of Students’ Gymkhana comprises the President, Students’ Senate, an elected representative body and the elected executives: the Vice President, General Secretary Socio-Cultural Council, General Secretary Science and Technology Council, General Secretary Sports Council. The Senate lays down the general guideline for the functions of the executives and their associated councils. General Elections are held every year during spring for various offices of powers. The elections are presided over by an election commissioner. The Gymkhana Elections and its healthy functioning are done in accordance to the Gymkhana Constitution.

The horticulture activity was started in 2015 to create the IIT Bhubaneswar campus with full of greenery and more vibrant, including exotic and indigenous deciduous and coniferous trees and plants (long-life tall trees, flower and medicinal trees, fruit trees, palm and pine trees). The members of the board of governors inaugurated the first phase of plantation project at our new campus by planting the first saplings (mahogany and gulmohar plants) around sports ground area on 10 July 2015. For the next-five plan, the main focus of the centre for horticulture is to create native landscaping in newly constructed areas and near buildings with lush green gardens adorned with ornamental and medicinal plants that maintain the clean and healthy environment for the students and residents of the campus. IIT Bhubaneswar believes that nurturing nature is the best way to promote creativity and increasing the amount of landscaping and greenery in the campus can provide a positive effect on mental and physical health. The plants and trees will be chosen such that to create the healthy echo-system for attracting the exotic and migratory birds. In order to achieve sustainability, the centre primarily focus on the building up rooftop rainwater harvesting and surface rainwater harvesting infrastructure and setting up a waste management system and wastewater recycling plant, in the five year plan 2015-2020. Autonomous water irrigation system will be set up in the campus to saving both water and expenditures. The campus is strict about using only organic fertilizers. The centre also focuses on setting up a nursery gardens and green parks in our campus and also providing the tree name tags including the botanical name, English, Hindi, and Odia name.

The Institute has two hostels (started in July 2015) at its permanent campus: Mahanadi Hall of residence (MHR) with a capacity of 800 for boys and Subarnarekha Hall of Residence (SHR) for girls with a capacity of 200. It also provides housing facilities to 40 faculty members and other staff at SBI colony, Kesura. In addition, the hostel facilities to students have been provided with a 200 capacity Dr. A. N. Khosla Hall of Residence of IIT Kharagpur near its Extension Center.

The institute conducts Ph.D programmes in the following disciplines.

The average placement is good at IIT Bhubaneswar. Many multinational and national companies like Cognizant and Bank of India keep on visiting the college and recruit the most sought students in this college. Some prominent recruiters include: 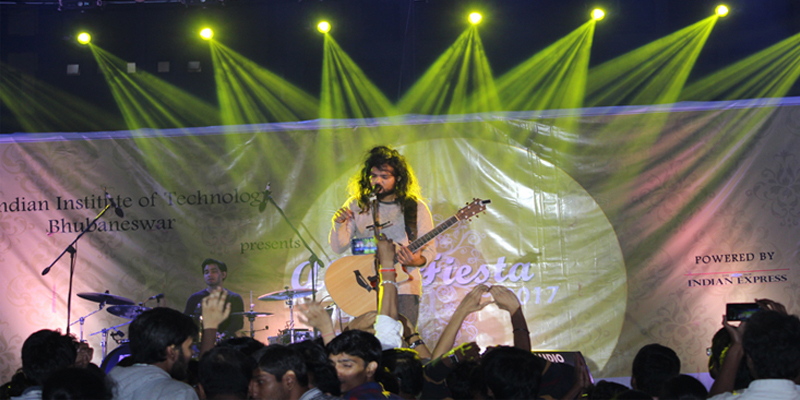 Alma Fiesta: Alma Fiesta is the annual socio-cultural festival of IIT Bhubaneswar and is usually launched during mid-January. It presents a plethora of events that range from cultural performances like Odissi, Gotipua to clay modelling workshops, Euphony (War of rock bands), Face Off (Stage play competition) and much more. The events organized also include modern dance forms like hip-hop, vocals, duets, karaoke, single minute extempore, spelling bee, pencil sketching as well as a youth marathon. Alma Fiesta also strives to spread awareness in our society under its social drive Prayatna. With its motto of Redefining Festivity, Alma Fiesta is truly living up to its name and doing more than expected. 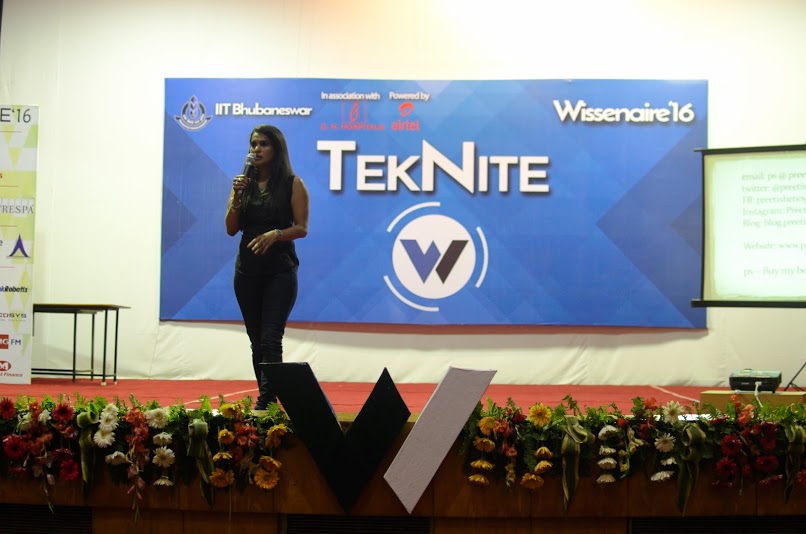 Wissenaire: This annual techno-management festival is held on the permanent campus located in Argul, Orissa. It is a three-day event, which is usually conducted in the month of January every year. The word ‘Wissenaire’ is derived from the German word ‘Wissen’ meaning knowledge and ‘aire’ meaning free. The festival encompasses various sectors of technology, science and management. These include quizzing, coding, designing, robotics, planning and testing the creativity and innovative spirit of the young, intelligent minds.

So, if you are curious to explore the untrodden path and ready for a brand new journey full of memorable moments, then IIT Bhubaneswar is the way to go. You never know, you just might discover the secret to happiness and success there.

If you are still confused about which IIT to zero in on, check out the Ranking of New IITs to make a wise decision.