IIT Mandi is relatively new IIT and not much information is available on it. In this article, we bring you all the information that we could find on IIT Mandi. So, read on.

IIT Mandi was mentored by IIT Roorkee, which hosted the first batch of students. IIT Mandi’s permanent campus (about 12 km from the historic city of Mandi) is functional and under construction at Kamand, Mandi. The institute admits students into various B. Tech., M.S, and Ph. D. programs (as of 2016). The campus flaunts of fabulous location and grand infrastructure set amidst mountains. Admission of the first batch of students took place in July 2009, and classes started in IIT Roorkee, the mentoring IIT, on 27 July 2009. The transit campus at Government Post Graduate College, Mandi was handed over by the Himachal Pradesh Government on 16 November 2009. 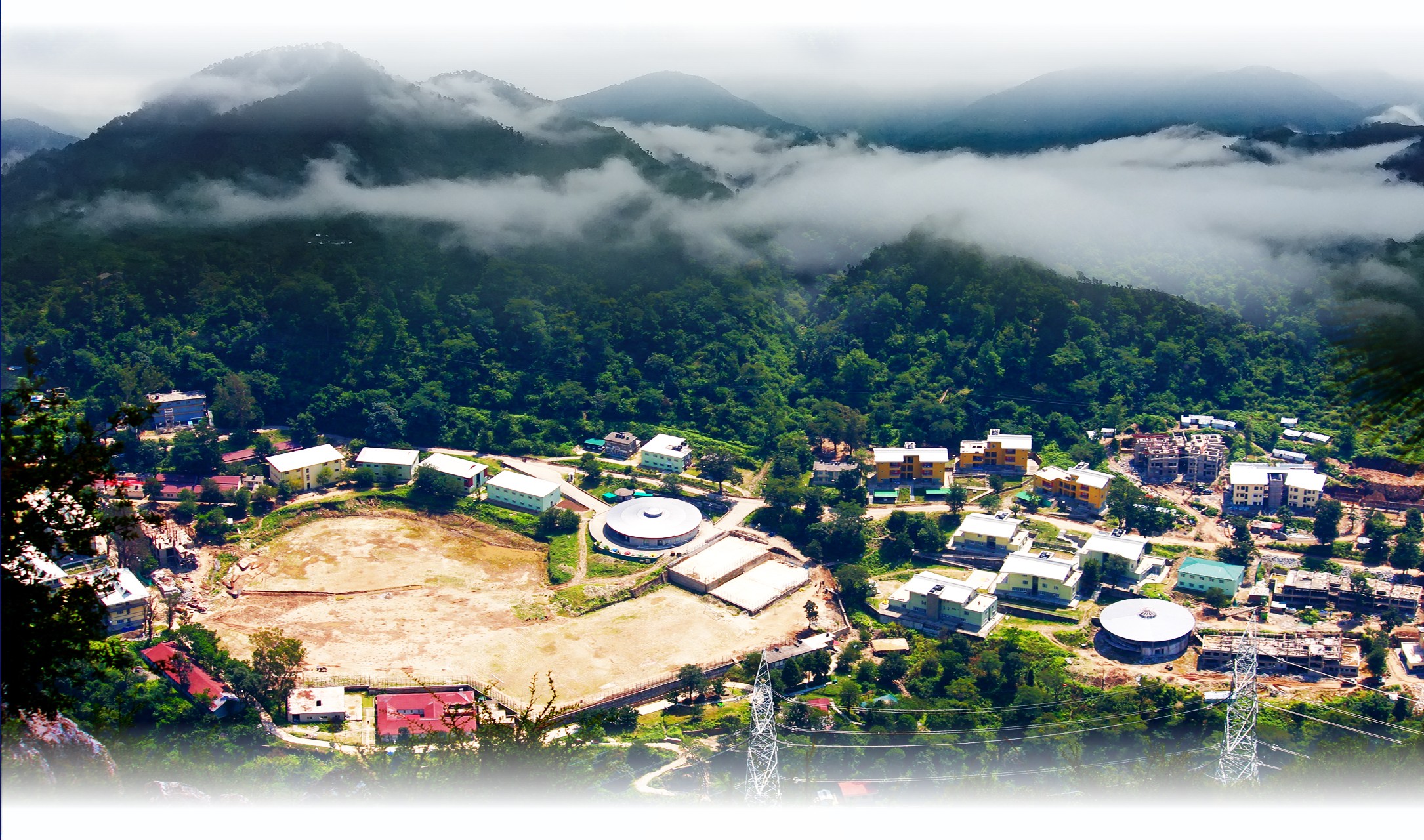 The permanent campus is about 15 kilometers from Mandi town. The campus is located in the forested hills of Kamand on the banks of the Uhl river, a tributary of River Beas. A total of 565 acres (229 ha) of land has been allocated for the campus by the government of Himachal Pradesh. Currently, the south campus is fully functional and most of the students, faculty, and staff reside here. The north campus is getting constructed at a very good pace and is about to start functioning in the coming months.

Presently, there are eight hostels spread over the Mandi town (five) and the Kamand Campus (three). Each hostel is managed by a Warden, ably assisted by an Assistant Warden, faculty members, a caretaker and a dedicated team of support staff and guards. There are two Girls’ Hostels, Renuka in Mandi, and Chandrataal in Kamand and Five Boys’ Hostels, Beas Kund and Dashir in Mandi and Suvalsar Prashar, and Nako in Kamand. Students play an important role in the management of the hostels. They are represented by elected secretaries who help the Wardens in the smooth running of the hostels. Messes catering to different hostels provide homely food. The common room in each of these hostels is well equippied with a TV and a provision to play Table Tennis.

In spite of being a new IIT, the institute has been successful in developing a firm foundation in the field of sports. It has been almost one year since IIT Mandi shifted from IIT Roorkee campus to its own transit campus. In this period of time, IIT Mandi has established a sports council to coordinate all sports activities. Special attention is given to players by providing them with well- experienced coaches and adequate facilities. Sportspersons are trained very systematically by keeping their physical fitness in mind and are encouraged to participate in various tournaments like Inter-IIT, Sangram, inter college tournaments and many others.

Like all the other IITs, admissions to these programs are done on the basis of merit list of JEE-Advanced, the second phase examination of Joint Entrance Examination (JEE), which is an all India engineering entrance examination.

IIT Mandi also offers postgraduate programs like M.S. (by Research), M.Sc., and M. Tech. under various departments. Currently, IIT Mandi offers M.S. program in fields of basic sciences and engineering, M.Sc. program in Chemistry and M. Tech. in Energy Materials. For any candidate to be eligible for admission, he/she must have a bachelor’s degree in Engineering / Technology or master’s degree in appropriate Sciences with valid score in GATE or equivalent national level examination or GRE in appropriate discipline. Shortlisted candidates are called for personal interview based on which admission is offered.

Candidates can check the following tables for the IIT Mandi tuition fees and hostel fees along with waivers offered to different categories.

The number of seats offered across different courses and departments of the Institute, which accept admission through the JEE, is represented below:

Undergraduate candidates can check the branch-wise cut-off marks for all the categories from the tables given below:

All India ranks JEE (Advanced) for the 4 years B. Tech. course – Round One

All India ranks JEE (Advanced) for the 4 years B. Tech. course – Round Seven

The table below outlines the Institute’s impressive past placement record.

With a lush 530-acre campus, IIT Mandi is the only IIT in the Himalayas. Within a short span of time, IIT Mandi has made rapid progress towards achieving its goal of ‘being a leader in science and technology education, knowledge creation and innovation, in an India marching towards a just, inclusive, and sustainable society’. However, life is not all about research and academics for the IIT Mandi students. Care is taken by the Institute to plan enough activities throughout the year for an all-round development of its students.

Here are some of the activities that students participate in at IIT Mandi.

There are many student clubs active at IIT Mandi catering to the diverse interests of the students. Most of the clubs fall under the purview of the student gymkhana with club coordinators for various programs. The major student bodies supervising the various student clubs at IIT Mandi are The Science & Technology Council (SNTC), The Cultural Society, The Sports Society, and The English Debating and Literary Society.

In keeping with the idea of ‘Self Governance’, a majority of the student interests in the Institute are governed by the students. The student council, along with faculty members in the capacity of advisors is accountable for all students’ activities and is also the ultimate decision-making authority for all matters pertaining to the welfare of the students.

Also known as the E-Cell, the Entrepreneurship Cell of IIT Mandi is student body formed with a vision to promote entrepreneurship. The cell helps students learn about entrepreneurship, the challenges faced and the probable solutions. The cell facilitates interaction between the students, entrepreneurs, mentors, firms, and corporates and thereby helps in the development of the country’s entrepreneurial culture.

IIT Mandi is home to various literary clubs and societies that proactively work in identifying and bringing out the talent of the students in these fields. The society has its own official student magazine called ‘Vivaan’. The Literary Society conducts its own formal debate competitions, along with several Group Discussions, Quizzes, and creative writing. The society won the first prize in formal debating in ‘Oasis 2012’ at BITS Pilani.

The Cultural Society is where Music, Dramatics, and Dance come together with program management to give students an opportunity to display their talents. The society has started collaborating with SPIC-MACAY and organizes various events throughout the year. The major events planned by the cultural society are ‘Aakarshan’- Introduction to Cultural Society and ‘Exuberance’- Intra College Cultural Nights.

Exodia is IIT Mandi’s Tech-Cult Fest which is organized every spring and gives an opportunity to young talent across the country to come together and get their moment in the spotlight in a plethora of competitions. Professional performances and workshops by some very renowned artists are the highlights of this event at IIT Mandi.

The Institute encourages its students to explore technological areas and come up with novel solutions that can help the society progress further. The Institute’s Programming Club along with the ACM Student Chapter organizes various national and international level coding competitions. The Institute hosted the 4th Inter IIT Tech Meet 2016 and bagged Silver in Social Media Analysis and Portfolio Defender and Bronze in Embedded Systems and Software Development. The Institute also bagged Gold at the IIT Tech Meet 2015 in Data Analytics. The Institute’s Energy Club, in collaboration with SAE India, is planning to participate in SUPRA. The Astronomy Club is currently working on making the largest telescope amongst all the colleges. The Institute’s other fully-functional Tech-Clubs are the Electronics Club and the Robotics Club. The Institute’s official Tech-Magazine is ‘ESSENT’ which is published every year.

Last but not the least, various inter hostel and intra hostel sports activities are organized by the Institute to promote the athletes. The Institute’s state-of-the-art sports facilities, experienced coaches, and committed athletes have paved the way for IIT Mandi to gradually carve a niche for itself in sports competitions all over the country. IIT Mandi reached the semi-finals in cricket at the Inter IIT Sports Meet. The IIT Mandi girls also brought home the silver medal in table-tennis last year.

Indian Institute of Technology, Mandi has a program called Interdisciplinary Socio-Technical Practicum (ISTP) in which students from TU9 Germany and WPI USA come to the college and collaborate with IIT Mandi students for the program.  The aim of this program is to enable the students to expand their knowledge and look at the real life problems. They are then expected to formulate feasible solutions for them.

That’s all you need to know about IIT Mandi. Read all about IIT Kharagpur and IIT Kanpur. 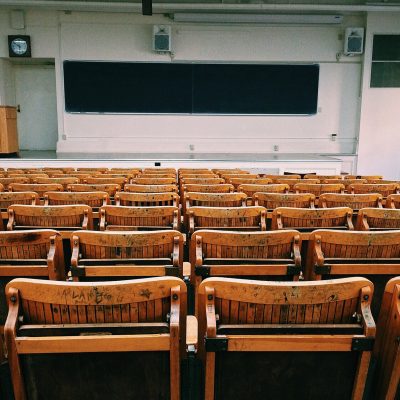