The Indian Institutes of Technology have long  been considered  as  one of  the  best  engineering  institutions  in  the  world.  They  follow  global standards  when  it  comes  to  educating  their  student.  IITs  are  located  in various  parts  of  our  country  with  new  additions  in  recent  years. Admission  to  any  IIT  is  done  on  the  basis  of  rank  in  Joint  Entrance Examination  (JEE) Advanced.  JEE  Advanced-2016  was  conducted  on  22nd May,  2016.  But  not  everybody  gets what  he/she  wants.  Different  IITs  have different  cut  offs  marks  for  different undergraduate  programmes  they  offer to  the  students. IIT  cut-offs  change  every  year,  as per  the  results  of  the students. Here, we bring you IIT Roorkee cutoff. 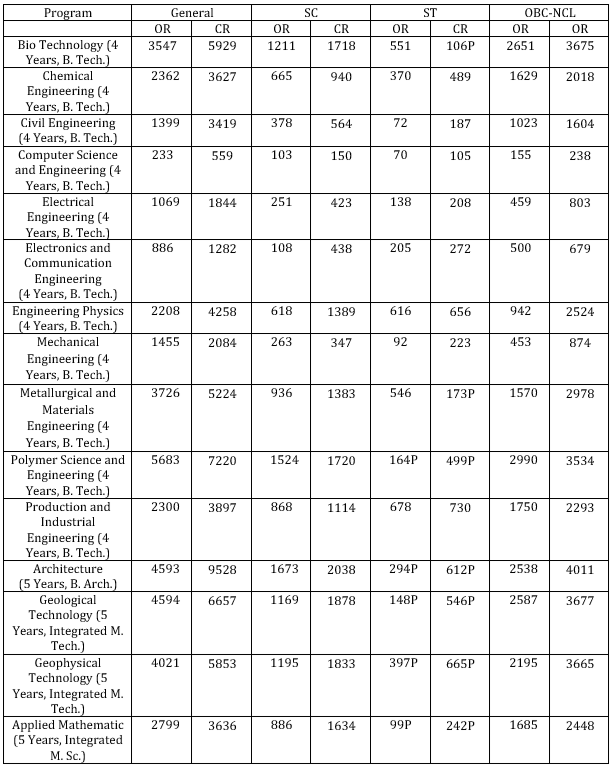 It  is  one  of  the  oldest (160 years old) engineering  institute  in  the  country, much  older than any other the IITs. It has inherited  a rich legacy  of  being  a world  famous civil engineering branch.

IITR  has  a  main  building  as  attractive as a heritage site. You also get an unlimited  internet download with a great speed. It has  5  annual  festivals (Thomso,  Cogni, Sangram,  Sankalp, Srishti). Ever the famous Beatles came here once.

One  of  the  best  thing  about  IITR  is  its  serene  location,  on the  footsteps  of Shivalik, in Uttarakhand. Though  IIT  Mandi  now  provides it a  tough competition, it has still a long way to go. You can have  night-outs  and  Bike trips in  himalayas, river rafting  in  Ganges. At  the same  time,  location  has proved slightly  disadvantageous  in  terms  of  access to  corporate world,  if  we compare  to  IITs  in  metro  cities.