An IITian (despite the seriousness of word), by default, becomes all-rounder human being rather than just a technocrat, because technocrat-ism is just a phase of life and not life. There are some who dared to break the stereotype by going beyond that ‘geek’ tag and went on contribute to the society in a more meaningful way and think beyond the mighty ‘me’! In this article, we’ll talk about some IITians who dared to jump into the entangling pool of politics. 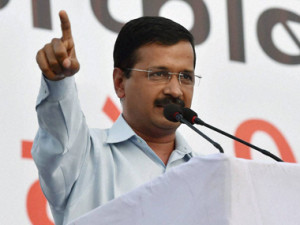 The charismatic, incumbent Chief Minister of New Delhi graduated from the Mechanical Engineering department of IIT Kharagpur (1989) and is the one of the most influential IITians who joined politics. Later, he joined the Indian Revenue Services as an Assistant Commissioner of Income Tax in 1995. In February 2006, he resigned from his position as the Joint Commissioner of Income Tax in New Delhi. He founded a movement called Parivartan. Parivatan’s success includes the exposure of PDS scam both in 2003 and 2008. Kejriwal is recognized as a key contributor to the campaign for a national-level Right To Information Act. He was awarded the Ramon Magsaysay Award for Emergent Leadership, thanks to his involvement with Parivartan. The award appreciated him for activating the RTI movement at the grassroots and empowering New Delhi’s poor citizens to fight corruption. In November 2012, he formally launched the Aam Aadmi Party. Kejriwal was eventually elected as the party’s National Convener. 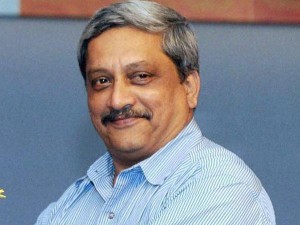 Manohar Gopalkrishna Prabhu Parrikar is from the Bharatiya Janata Party. He is the current Defence Minister of India. He served as the Chief Minister of Goa, first from 2000 to 2005 and later from March 2012 to November 2014. He is a member of the Rajya Sabha from Uttar Pradesh. Parrikar joined the Rashtriya Swayamsevak Sangh (RSS) at a young age. He became a mukhya shikshak (chief instructor) in the final years of his schooling. He graduated in metallurgical engineering from IIT Bombay in 1978. He is the first IIT graduate to serve as Chief Minister of an Indian state. He was awarded the Distinguished Alumnus Award in 2001 by IIT Bombay. In 2012, he also received the CNN-IBN Indian of the Year award in the category of politics. 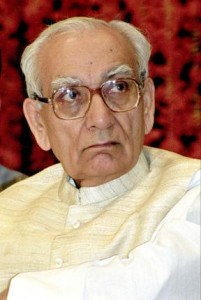 Krishan Kant was the tenth Vice President of India from 1997 until his death. Before that, he had been the Governor of Andhra Pradesh from 1990 to 1997 and Tamil Nadu from 1996 to 1997. Kant completed his MSc (Technology) from Banaras Engineering College, Banaras Hindu University, the present IIT-BHU. A strong protagonist of India going nuclear, Krishan Kant was a member of the executive council of the Institute of Defence Studies and Analysis. He was the chairman of Committee on Railway Reservations and Bookings from 1972 to 1976. Krishan Kant was the IITian who reached the highest recognition amongst other IITians who joined politics. 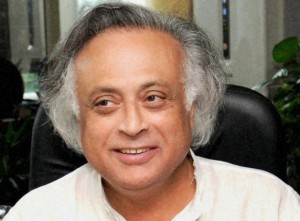 Jairam Ramesh is an economist and politician belonging to the Indian National Congress. In July 2011, he was appointed as the Minister of Rural Development and Minister of the New Ministry of Drinking Water and Sanitation (additional charge). In the cabinet reshuffle in October 2012, he has been divested of the portfolio of Ministry of Drinking Water and Sanitation. He was previously the Indian Minister of State (Independent Charge) at the Ministry of Environment and Forests from May 2009 to July 2011. Ramesh graduated from IIT Bombay in 1975 with a B.Tech in Mechanical Engineering. He studied at and received a Master of Science in Public Policy and Public Management from the Carnegie Mellon University’s Heinz College. He is a founding member of the Indian School of Business in Hyderabad and a member of the International Council of the New York-based Asia Society.

Ajit Singh is the founder and chief of the Rashtriya Lok Dal, a political party recognized in western part of the state of Uttar Pradesh. He is the son of former Prime Minister of India late Choudhary Charan Singh. He is a B.Sc. from Lucknow University, B.Tech. from IIT Kharagpur and M.S. from Illinois Institute of Technology. A computer scientist by profession, Ajit Singh was first elected to Rajya Sabha in 1986. He was the President of Lok Dal (A) and Janata Party during 1987 and 1988, respectively. In 1989, he was the General Secretary of Janata Dal. He also was elected to Lok Sabha from Baghpat in 1989. He was the Minister of Industry in V. P. Singh’s cabinet from December 1989 to November 1990. Singh was re-elected to Lok Sabha in Indian general election, 1991. He briefly served as the Minister of Food in P. V. Narasimha Rao’s cabinet. He was re-elected in 1996 but lost in 1998. From 2001 to 2003, he was the Minister of Agriculture in Atal Bihari Vajpayee’s government. After his party joined the ruling United Progressive Alliance in 2011, he was the Minister of Civil Aviation from December 2011 to May 2014.

These were some of the famous names in politics who graduated from IITs. Here’s another bunch of things that IITians do after graduation.

There is a reason why IITians are all-rounders. It’s the mere fact that IITs also include courses in the students’ curriculum which have NO relation to science or technology. Also the quality of competition they face makes them into a well rounded person. Interesting, isn’t it?

If you know of other IITians who joined politics, do share it with us in the comments’ section. Keep reading us here. All the Best!

You may also like:
Engineers in Cool Fields
IItians in the Entertainment Industry