The Indian Institutes of Technology or IITs are a group of premier educational institutions in the country. With an immense focus on the standard of knowledge imparted and students graduating, it is easy to overlook the fact that most students spend at least four strenuous years in college. The time spent on the campus plays a major role in shaping a student’s career and overall personality. One of the key factors that influences the campus experience is the culture that exists in the institutions. IITs in India have a mixed crowd from very different walks of life and are thus a smorgasbord of different cultures. In this article, we list down a few IITs with the best culture traditions!

There are many aspects of the culture at IIT Bombay, all of which revolve around interactions between student of different batches. This does not mean ragging, which does not exist in IITB. Instead, they have a system of Student Mentorship, where every new student is assigned a senior mentor, who gives them guidance regarding all things IIT Bombay, be it academics, club activities or just helping them settle in. What we mean, instead, is the healthy competitive spirit that exists, most typically between the various hostels. There are a number of inter-hostel events organised throughout the year that engage students in activities far removed from the equations and tables in their textbooks.

-Freshiezzza: This is a weeklong event targeted solely at freshmen, which consists of a number of workshops and competitions.

-PG Cult: This is an event targeted at the PG Students of IITB. It consists of a number of events over a variety of genres, including 3 performing arts and 5 non performing arts.

Other than the events, there are a number of clubs and bodies to occupy one’s time outside the classroom. Saathi is an LGBTQ support group, meant to help students come to terms with their own sexuality and to give them support throughout their time in college. It has helped improve their lives and increase their confidence. Clubs such as the Quiz Club, TechniC, the HAM Club and the Astronomy Club help students gain expertise in various fields and tap hitherto undiscovered potential.

The cultural and technical festivals of IIT Bombay, named Mood Indigo and Techfest respectively, are extremely popular among the student population of India and see huge footfall every year. Respected artistes and media houses are known to regularly associate themselves with these festivals.

All of this makes IITB one of the IITs with the best culture!

Like many other IITs, IITD has a part of the campus called the Student Activity Centre set aside for recreational activities. The SAC has facilities for various sports, music and debates, among others. There is no dearth of clubs here, either, and every student is bound to find one that matches his interests. Examples include the Indoor Sports Club, Fine Arts and Crafts Club, Photography and Films Club and IITD Chapter of SPICMACAY.

Students with a literary bent of mind can join the Board for Student Publications, which annually produces four magazines, four newsletters and the Inquirer. It also conducts a literary festival called Literati, which includes events ranging from guest talks to poetry recitals.

The annual cultural and technical festivals of IITD are Rendezvous and Tryst respectively. As one would expect, both are always roaring successes, and attention is paid to every small detail, as evidenced by the care taken in the creation of their respective websites. These host a wide variety of events and workshops, from Arduino, AutoCAD and Android to LAN Gaming, Duo Dancing and            Graphic Designing.

With so much being offered up to the students, IITD is one of the IITs with the best culture!

An important thing to remember about the IITs is that each has its own unique dialect, with contributions from English, Hindi and various regional languages. This has been taken to such an extent at IIT Madras that this particular dialect is the subject of an MA thesis in TU Chemnitz!

Like most IITs, IITM has a number of clubs, such as the Astronomy Club, Music Club and Hiking Club. There are also a number of “Sabhas” of people having similar linguistic backgrounds, such as the Hindi Mitra Mandal and the Kannada Sangha. Another notable club is Prakriti, the Wildlife Club, which conducts visits to the nearby Guindy National Park.

The technical and cultural festivals of IITM are Shaastra and Saarang, respectively. Shaastra is entirely student managed, unlike the festivals of some other IITs, and has a events over a variety of categories such as Coding, Aerofest, Business Events and Quizzing. Talks are given by famous delegates from academia and industry, such as Nobel Prize winners and Stephen Wolfram. Both fests have received ISO certification as well, which is a pretty big deal!

This was our list of the IITs with the best culture.

The essence—each IIT is a rich mix of multifaceted people coming together to create something that seems like magic. Believe us, it truly is! 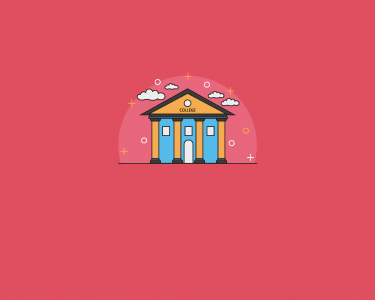