Kinematics derives its name from the Greek word for “motion”, kinema. Kinematics provides us with the language and the mathematical tools to describe motion, whether the motion of a particle moving under the effect of gravity or a particle performing circular motion. Kinematics is most intimately connected with dynamics; while kinematics describes motion, dynamics explains the causes for this motion.

Motion is change in position of an object with time. For describing how the position changes with time, the concepts of velocity and acceleration were developed.

Basic mathematics is used in solving kinematics problems. Differentiation and integration are used to obtain any two of the parameters acceleration, velocity or displacement, if one of them is given. Vectors are used to find the directional movement of particle both in straight line, rectilinear and relative motion.

Understanding of motion is fundamental to mechanics including constant or accelerated motion of cars to electrons. Other topics also require the concepts of motion making it a prerequisite to all other chapters of mechanics. It answers some basic questions like how does a car moves, how does earth revolve around the sun, inertia, etc. Using Laws of Motion, it also explains a lot of other chapters that are included in the syllabus of IIT JEE, JEE Main, AIPMT & AIIMS. For example, wave motion (in sound and light), electricity and magnetism (movement in force fields) and celestial movement within the heavens.

In modern physics as well as kinematics, concepts are used in studying the motion of electrons around the nucleus. Velocity and acceleration are used to discussed how the electron changes speed when it encounters another electron or proton. Motion, especially vibratory motion, is also encountered with the study of states of matter and how the rate of motion changes during phase changes. This is especially evident with gases and gas laws. In essence, it provides a foundation for all areas of physics.

Kinematics has many applications in various areas. E.g., the maximum travel distance of a car after brakes are applied, or the acceleration required for a plane to take off, or projectile motion of missile. The animation industry also uses kinematics. For animated movies including 2-D and 3-D animations, physics, especially the study of motion or Kinematics is important.

To get your hands on a lot of questions on Kinematics, visit question bank of Toppr.com and to understand the basics from the best sources available on the web, please click here. 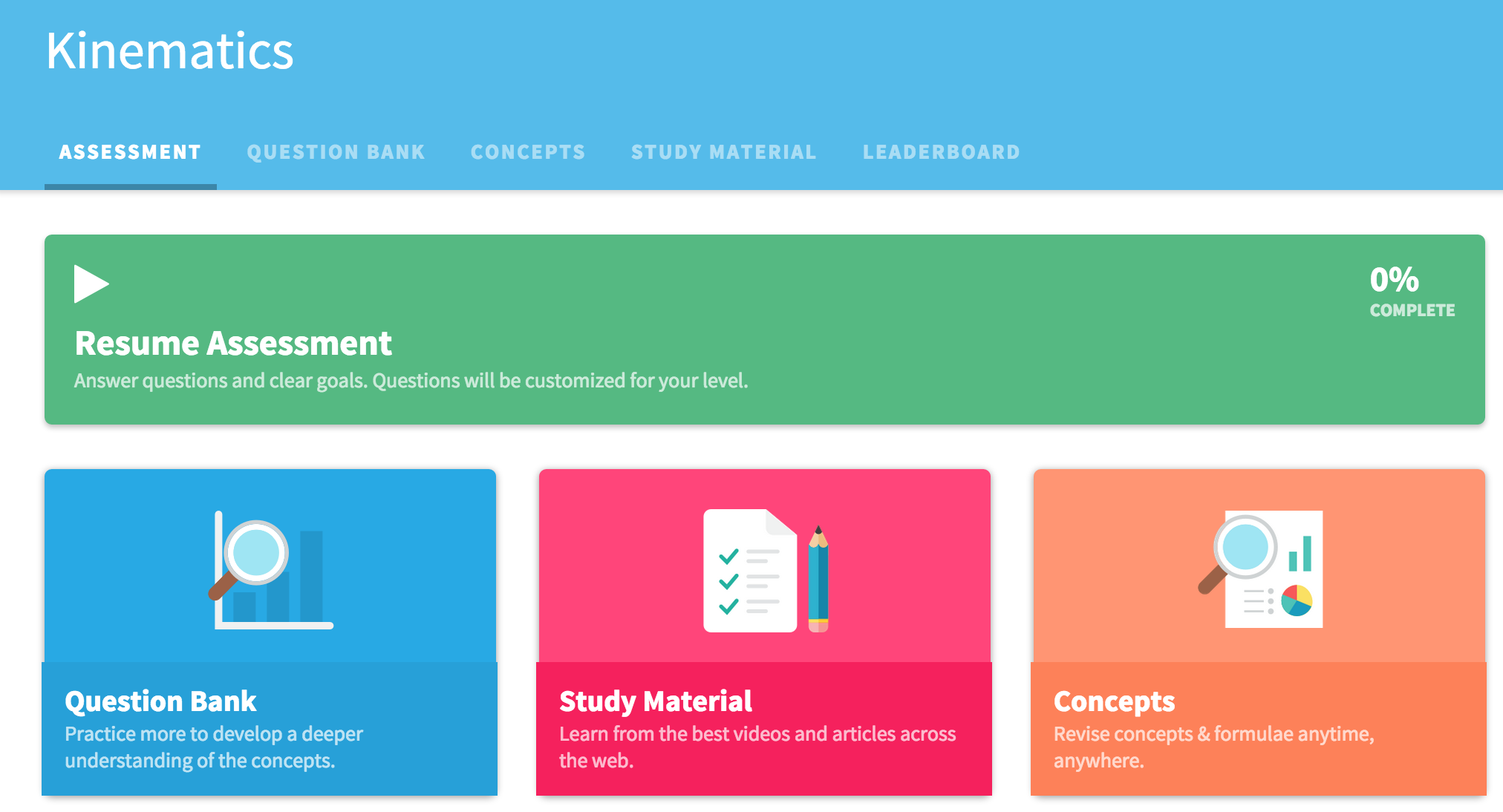 Kinematics is important from the perspective of scoring high in all the competitive exams which include mathematics or physics in the syllabus. So, a good understanding of Kinematics is important if you are appearing in JEE Mains and Advanced, BITSAT, CET, AIPMT or AIIMS exams. If we consider the problems on projectile motion, relative velocity or straight line motion of Kinematics, together we can say that a good understanding of the concept can help a student to get 10-15 marks, varying from one examination to the other.