Importance of the Hydrogen Ions?

The concentration of the hydrogen ion helps in determining whether a liquid or a solution is acidic, alkaline, or neutral and thus it is expressed as the pH.  Now, this, in turn, determines whether a microorganism will be able to survive in a particular environment of the solution or not because some microorganism survive in solution the acidity of which is like that of a distilled water and then there are a few microorganisms that survive in an acidic environment. The other possible uses are mentioned below.

The Logic Behind the Concentration of Hydrogen Ions in a Solution

The atoms of a substance form tiny groups which are called molecules. Water molecules are made up of two hydrogen atoms and an Oxygen atom(H20). These water molecules are constantly in motion and in this process, these small number of molecules split up, which leads to these molecules losing Hydrogen and become Hydroxide ions (OH-1 ). This process is called Autodissociation or Self-Ionisation. In this process, temperature plays a very vital role because in a high-temperature scenario the dissociation process also increases.

What is an Acidic and a Basic environment?

The acidity and basicity of a solution depend on the fact that whether it’s an acid or base and when with a pH measurement we try to ascertain an acidic and a basic environment we are actually trying to understand if the solution is acidic or alkaline.

An Acid is a Hydrogen ion donating substance i.e. acid is a substance that ionizes to give Hydrogen ions when dissolved in a solution, this solution after an acid is introduced in it has more concentration of Hydrogen than the Hydroxide ions and thus such a solution is called an Acidic Solution.

A Base is a Hydrogen ion accepting substance i.e. when a base is dissolved in a water, it accepts or absorbs the Hydrogen ions of the solution thereby increasing the Hydroxide ions in the solution and thus such a solution is called a Basic or an Alkaline solution.

The pH Scale of Acid vs Base

The inference of the above formula is that for even a unit change in the pH value the hydrogen ion concentration of the solution in question changes ten-fold. The pH scale, we can say is a logarithmic scale. It ranges from 0-14, where the lowest mark on the scale i.e. 0 is considered to be more acidic and range 14 is considered to be the most basic. Also, here it is to be noted that if a solution has a pH scale of 5 this will mean that it is 10 times more acidic than the pH scale of 6, the reason being that each range on a pH scale is different from the each other with a factor of 10. The pH scale is also known as the pH meter.

The pH value of an acidic solution is less than 7, rendering the sour taste to such a solution

A pH meter translates the pH readings which is the difference in electrical potential or voltage between electrodes placed in the solution to be tested if it’s acidic or basic. It includes a voltmeter which is attached to a pH-responsive electrode and an unvarying electrode. This electrode is usually made up of glass, and the reference is usually a mercury-mercurous chloride electrode. When the two electrodes are immersed in a solution that needs to be tested, they act as a battery. The glass electrode develops a charge, which is directly associated with the hydrogen-ion activity in the solution, and the voltmeter measures the potential difference between the glass and reference electrodes.

pH Values of various Substances with Acid, Base, or Neutral Aspect Bifurcation 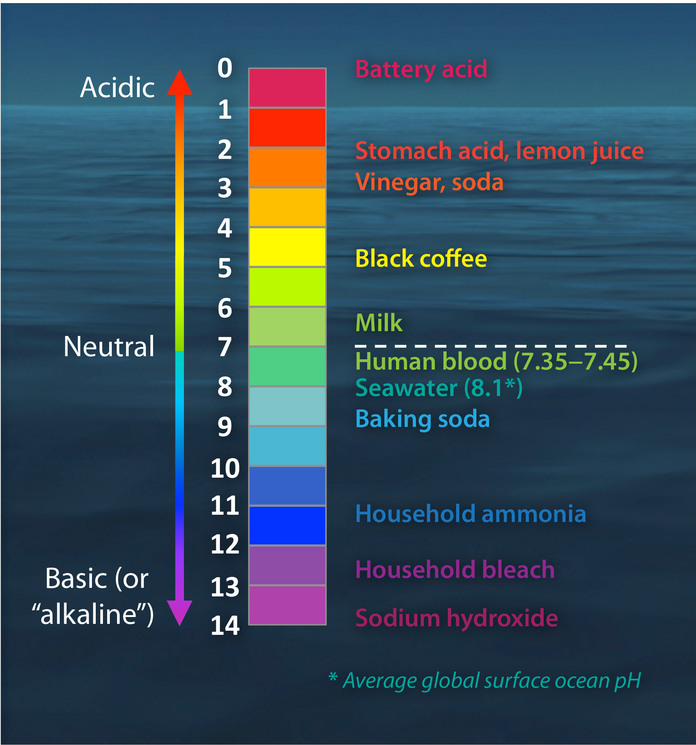 Practical Examples of how pH level influences our daily lives

For example, Acidic soils are considered infertile for the growth of main utility, and hence they are used for growing only the conventional agricultural crops. But even here trees like conifers and many members of the family Ericaceae, such as blueberries, cannot be grown in an alkaline soil. For such purpose, acidic soil can be neutralized, by treating it with lime. Such adjustments ascertained by the pH values helps in deciding what adjustment needs to be done with the soil to grow a healthy crop.

Liked what you read? Keep following TopprBytes for more.