The following table outlines the metals contained in each s- Block group:

Before deep-diving into the s-block elements, let’s understand the periodic table and the modern periodic law.

The systematic arrangement of elements into groups and periods is called periodic table. In 1913, when Henry Moseley proved that the atomic number of an element is a more fundamental property than its atomic mass, Mendeleev’s Periodic Law was modified and the atomic number was adopted as the basis of the Modern Periodic Table.

The modern periodic table classifies elements on the basis of the modern periodic law i.e. properties of elements are a periodic function of their atomic numbers. In this tabular arrangement where elements are arranged in rows and columns, the elements in horizontal rows have their valence electrons occupying the same shell or energy level whereas the vertical columns have the same number of valence electrons in their outermost shell. In this article, we discuss the s-block elements of the periodic table.

As knowledge of orbitals and sub-shells came into light, there occurred a need to study the elements as a part of more general classification according to the orbital occupied by the valence electrons which form the basis of the blocks within the periodic table. There are four such blocks – s-block, p-block, d-block and f-block – depending on whether the valence electrons occupy the s-orbital, p- orbital, d-orbital or f-orbital. Such a classification leads to an easier way of generalization and analysis of the properties of elements. S-block elements are perhaps the simplest yet interesting block in the table.

As explained earlier, the s blocks comprise of the group-I and group-II elements – also known as the alkali metals and alkaline earth metals respectively. They have the general outer electronic configuration ns1 for alkali metals and ns2 for alkali earth metals. Since they have a ns1 or ns2 configuration, s-block elements readily form M+ or M2+ cations respectively by losing electrons. Thus they are very reactive and are never found in their free state in nature. 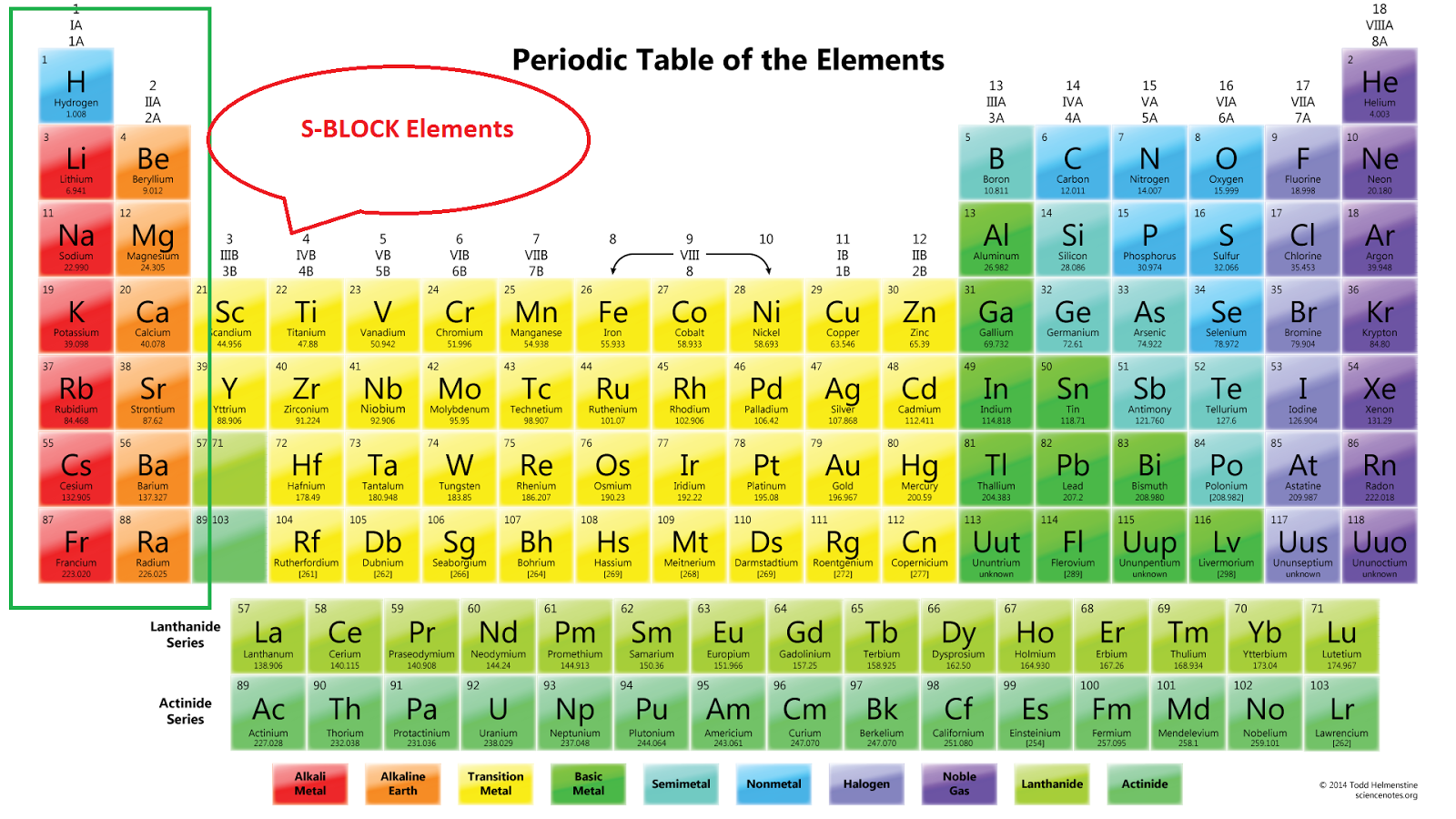 The Main Features of the Modern Periodic Table

S-block elements have their sub-shells filled with electrons. Alkali metals have one electron in their outermost s-sub shell. Let’s take a look at the physical properties of Alkali metals.

After understanding the physical properties of alkali metals, let’s take a look at their chemical properties i.e. how they react with oxygen, air, etc.

As mentioned in various cases, the first member of both the groups – Li and Be differ somewhat in properties from the rest of the members. This is mainly because of the small sizes of these elements compared to the other members and high polarizing power, which can be rooted back to its high charge to radius ratio. 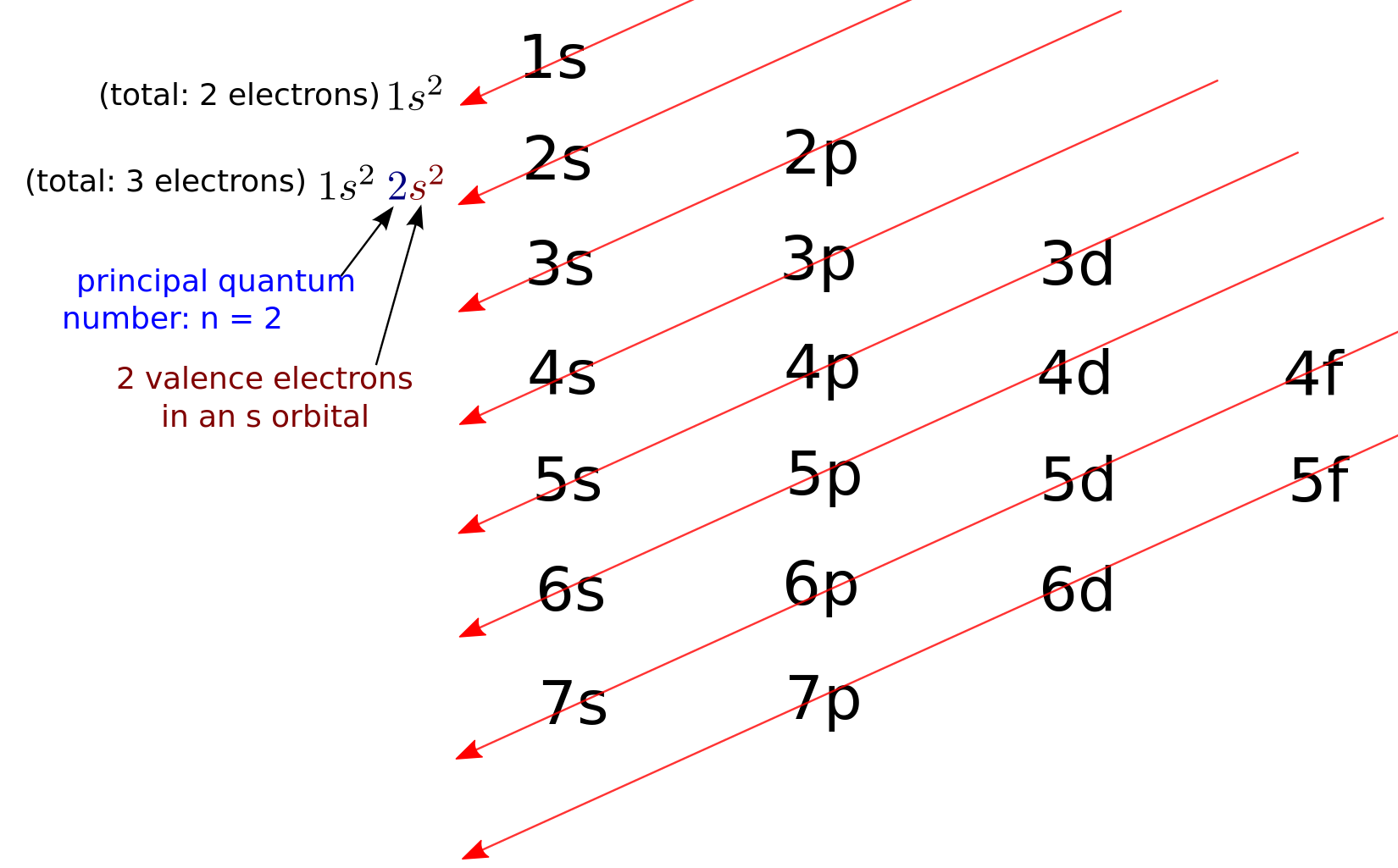 “Lime” refers to both limestone (CaCO3) and its derivatives burnt lime (CaO) and
hydrated lime (Ca(OH)2). These substances are of enormous importance to New Zealand
industry: Ground limestone is one of the most important fertilizers. Burnt and hydrated
lime are used in many industries to neutralise acid waste, and are used as causticisers in
the pulp and paper industry and as flux in the steel industry. Lime is also used in road
stabilisation and gold recovery and is exported around the South Pacific region.
Limestone occurs widely in New Zealand, but it needs to be quarried and processed before
being ready for use. Burnt lime is produced from limestone by heating to 1100C and
allowing the following reaction to take place:
CaCO3 + heat → CaO + CO2 ↑
Hydrated lime is produced by adding water to calcium oxide in a continuous hydrator:
CaO + H2O → Ca(OH)2 + heat ↑

As stated earlier, the term ‘lime’ refers to three related substances: limestone, burnt lime and
hydrated lime. These are each used for different purposes. Limestone is used as a fertiliser
and in the manufacture of glass and cement. Burnt lime and hydrated lime are used in:
• the steel industry (as a flux)
• the pulp and paper industry (as a causticiser)
• gold mining
• road stabilisation
• water treatment
• wastewater treatment
• fellmongery (to treat hides)

That’s all on the s-block elements for now. Hope this was an informative article.