Sci-fi is fanciful and extreme. Sometimes, it’s even downright insane. But what separates it from fantasy is that it commonly relies on technology which, in at least some respects, could actually be feasible. That’s not to say that you’ll be drafted for the next lightsaber battle on Mars anytime soon – but if there’s one thing we’ve learned from history, it’s that “real” science often happens as if it has taken inspiration from sci-fi authors.

Some of the early predictions made by sci-fi writers have become a reality today. Here, we check out some of those which exist or are at least almost among us.

Jules Verne was one of the most prolific and inventive sci-fi writers of the 1800s, and he posited a variety of science, some solid and some ridiculous. One of his most famous works, From The Earth To The Moon, predicted many aspects of the 1969 manned lunar landing of Apollo 11. Verne’s astronauts were launched from a Florida site in an aluminium capsule. He even did remarkably accurate calculations as to the amount of force that would be needed to propel the rocket out of Earth’s atmosphere. Of course, his method was an enormous cannon buried in the ground, but you can’t have everything. 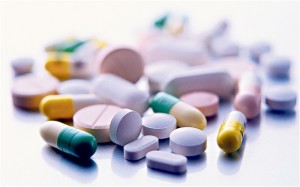 Aldous Huxley’s “Brave New World” is one of the most prophetic sci-fi books ever published, with sharp observations for 1931. Probably the most relevant of Huxley’s creations is soma, the mood-altering medicine that keeps the citizens of London in 2540 sane. Antidepressants didn’t become the subject of any real scientific experimentation until the early 1950s. So, Huxley was remarkably prescient in describing users who “raised a quite impenetrable wall between the actual universe and their minds.” Sounds a lot like modern neurotics doped out on Zoloft (Sertraline) to us.

One of the biggest advances in human civilization over the last century has been our communications network. It’s hard to think of a time when the world wasn’t connected by a massive web of satellite transmissions. But in 1945, pioneering science fiction writer Arthur C. Clarke wrote a manuscript called The Space-Station: Its Radio Applications. It posited geosynchronous satellites (a hot topic at the time) being used for telecommunications relays, most notably for television signals. Note that this is before broadcast television was anything even resembling a commercial concern.

When George Orwell wrote the book “1984” in 1949, the concept of a dystopian state monitored by an interconnected web of security cameras seemed absurd. Fast forward to the 21st century and there are over 32 closed circuit television cameras within 200 yards of the house Orwell wrote his book. Video surveillance is an inescapable part of public life today, with cameras in both public and private spaces. Add in GPS tracking of individuals and NSA surveillance without a warrant and all we’re missing is a Big Brother to make the world that Orwell created real.

The first demonstration of consumer video conferencing came at the 1964 New York World’s Fair, where AT&T Inc. (American multinational telecommunications conglomerate) wowed crowds with its “picture phone.” The technology has obviously come a long way since then, with FaceTime and Skype standard on computers and phones, but the first sci-fi discussion of video phones came in Hugo Gernsback’s ancient serial Ralph 124c 41+. The tale, which saw print in Modern Electrics magazine in 1911, included a device called the “telephot” that let people have eye contact while speaking across long distances. 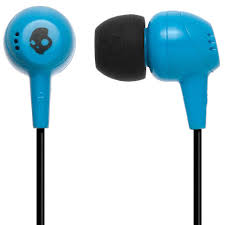 By the time Ray Bradbury published his dystopian classic Fahrenheit 451 in 1953, portable audio was a reality. But headphones were massive, awkward over-the-ear devices that weighed a ton. That’s why his description of “little seashells… thimble radios” that brought an “electronic ocean of sound, of music and talk and music and talk” is so moving. He’s precisely describing the earbud headphone, which didn’t come into serious popular use until 2000. Although they’d been experimented with earlier, it wasn’t until Apple bundled them with the iPod that they became the de facto method of listening. 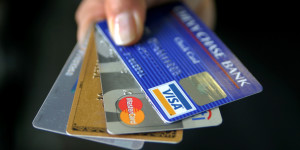 The world of money and finance is completely different than it was a century ago, with decentralized banks and electronic balances making it possible to access your funds from just about anywhere on Earth. Writer Edward Bellamy’s 1888 novel Looking Backward was a huge success in its day, but it’s best remembered for introducing the concept of “universal credit.” Citizens of his future utopia carry a card that allows them to spend “credit” from a central bank on goods and services without paper money changing hands.

Through their futuristic work, sci-fi authors have certainly brought the whole world together over the years. The exponential growth of technology is a marvel to behold. It has grown to epic proportions and touched every aspect of our lives. Technology has gone so far as to bring education right to our homes! You can read more about advantages of technologies used in education here.

Keep wondering and dreaming! Who knows, something you think of may become a reality very soon!

7 Imaginary Inventions That Need to Happen