According to science, there is a certain order and process in how we came into existence. Knowing the concept of Heredity and Evolution in Class 10 is crucial. It is for this reason that we are going to understand how heredity and evolution play a role in the life of human beings.

The transmission of characters or traits from parents to their offspring (children) is termed as heredity.

Genetics is the study of heredity and other variations.

Those organisms that are identical copies of one another are termed as clones. They are exact carbon copies of each other.

Differences or variations occur in sexually reproducing characters. These discrepancies usually happen due to:

What forms the basis of heredity?

Mendel stated that heredity was controlled by particles. He termed these particles as germinal units or factors.

The Laws of Inheritance and Mendel’s work

Mendel stated the following Laws of Inheritance based on his observations:

He performed his experiments on the famous garden pea plant (Pisum sativum) and used quite a variety of characters such as:

What happens during a monohybrid cross?

Monohybrid plants are these plants that have only one phenotype, that is, they may either tall or short, just to give an example.

Taking the above example into consideration, when all pea plants were bred with short pea plants, in the F1 generation, only tall plants were observed. 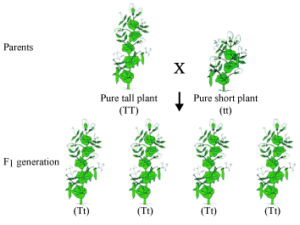 Now, if the F1 generation was crossed with each other, not all the plants are tall. Only three-quarters of the plants were tall while the remaining one-quarter was short.

What does this prove?

This proves that both the tall and short character was inherited in the F1 generation, but only the tallness phenotype was expressed due to it being the dominant gene.

What happens in a Dihybrid cross?

A dihybrid plant has two sets of contrasting characters; let us take an example of a plant with wrinkled and green seeds and a plant with rounded yellow seeds.

In the F1 generation, only plants with rounded yellow seeds were observed. 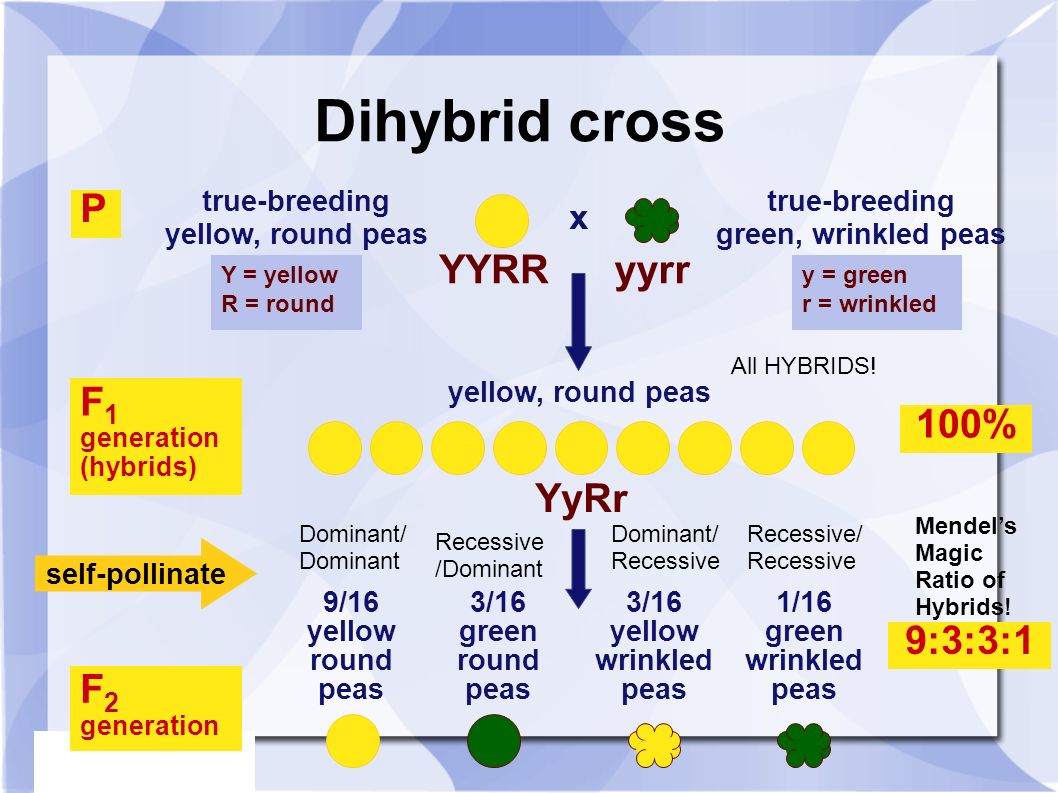 The above observations were made based on calculations by the Punnett Square, which is easily understood in the diagram below. 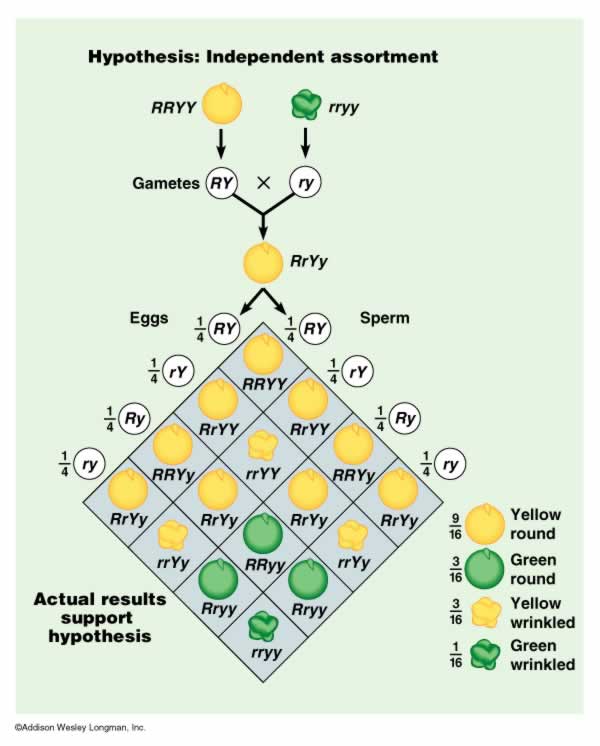 The series of slow and gradual changes which occur in primitive organisms over a long period of time (perhaps a million years) in which new species are formed.

Evolution is not a quick process, rather it takes place, little by little, very gradually over a long period of time, over several generations. An example is the evolution of feathers in birds due to the advantage of survival.

When new species develop from the existing ones, it is termed as speciation.

The dead remains of plant and animal organisms that lived in the remote past are termed as fossils. They are useful in determining the date and era in which the organism used to live in.

So, from Mendel’s pea plant to Darwin’s theory of evolution, this was a comprehensive study of heredity and evolution.

Do check out our article on A List of Short Humorous Stories for Class 10 here.