The VSEPR theory helps us determine shape of molecule, or its geometry, with easier concepts than the more complex original methods used traditionally. It is useful for estimating the shapes of molecules for which there is a central atom bonded to several other atoms surrounding it. It also serves to determine which, of many products, will be the final product of an organic reaction.

The basic principle of the VSEPR theory is that molecular geometry can be predicted based on the notion that electron pairs in molecules tend to repel each other and achieve a maximum separation from each other. This applies both to bonding electrons as well as lone pairs.

In order to use the VSEPR principle, one needs to compute the quantity under discussion: the steric number (SN). The steric number is determined from the Lewis structure. It determines the electron-pair arrangement, the geometry that maximizes the distances between the valence-shell electron pairs.

This is given by :

The second number can be determined directly from the Lewis structure. Once the steric number is known, the basic shape of the molecule is given by the following assignment of shapes:

The basic shapes are shown in the left column of the figure below:

Sulfur Tetrafluoride has a molecular structure as shown below: 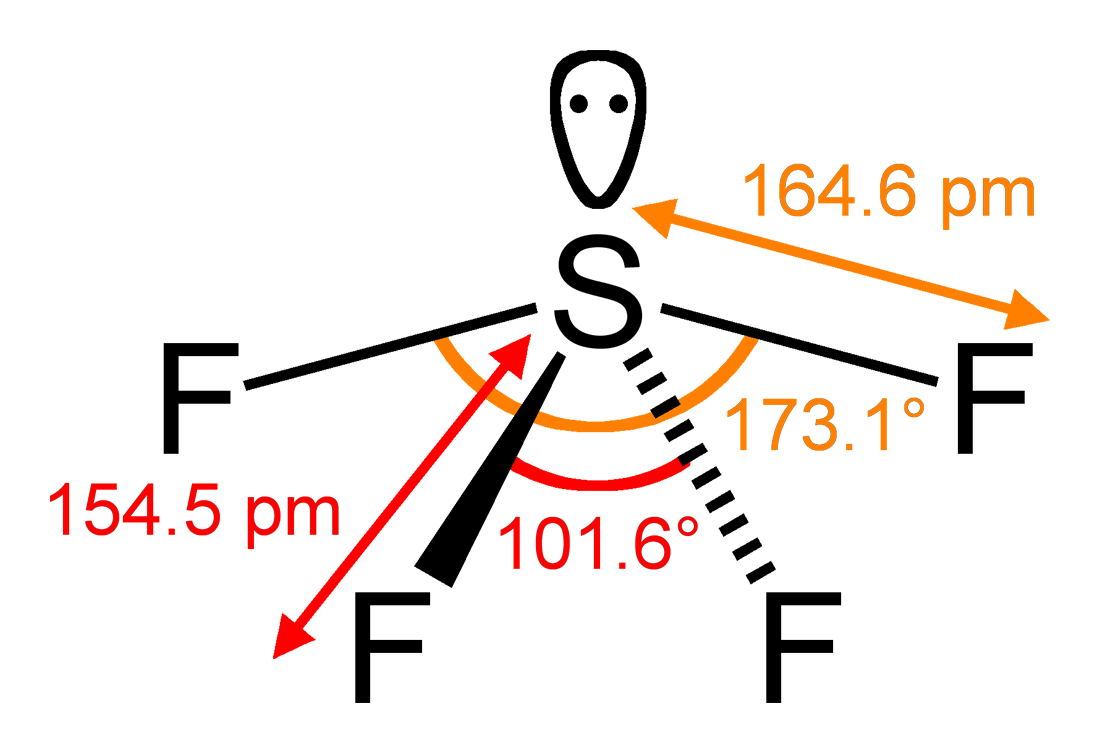 Calculating the SN of a molecule’s central atom is a vital step in predicting its geometry by VSEPR theory. On the molecule SF4, for example, the central sulfur atom has four ligands about it, calculated by considering sulfur’s coordination number. In addition to the four ligands, sulfur also has one remaining lone pair. Thus, the steric number is 4+1 = 5. The central atom’s SN together with the number of lone pairs allows one to predict the geometry of that central atom, using the table of molecular geometries for the VSEPR theory above.

Similar examples are listed below:

Learn more about chemistry through our course material and sample questions.

That’s all for now. All the best!