Ever wondered why NCERT makes you study Biomolecules? Let me tell you 80% students find it boring, some even skip it. Currently, I am working in the BioScience department for a rover we are building at IIT Bombay as a project under Mars Society of India and let me tell you, it has actually helped me a lot! It is an area of future research.

Biomolecules are molecules that are involved in the maintenance and metabolic processes of living organisms. These non-living molecules are the actual foot-soldiers of the battle of sustenance of life. They range from small molecules such as primary and secondary metabolites and hormones to large macromolecules like proteins, nucleic acids, carbohydrates, lipids etc. It also includes small molecules like primary and secondary metabolites and natural products. Biomolecules consist mainly of carbon and hydrogen with nitrogen, oxygen, sulphur, and phosphorus. Biomolecules are very large molecules of many atoms, that are covalently bound together.

1. Carbohydrates – Carbohydrates are chemically defined as polyhydroxy aldehydes or ketones or compounds which produce them on hydrolysis. In layman’s terms, we acknowledge carbohydrates as sugars or substances that taste sweet. They are collectively called as saccharides (Greek: sakcharon = sugar). They have a free aldehyde or ketone group, which acts as reducing agents and are known as reducing sugars. Disaccharides are made of two monosaccharides. Depending on the number of constituting sugar units obtained upon hydrolysis, they are classified as monosaccharides (1 unit), oligosaccharides (2-10 units) and polysaccharides (more than 10 units). They have multiple functions viz. they’re the most abundant dietary source of energy; they are structurally very important for many living organisms as they form a major structural component, e.g. cellulose is an important structural fiber for plants.

2. Proteins – Proteins are another class of indispensable biomolecules which make up around 50% of the cellular dry weight. Proteins are polymers of amino acids arranged in the form of polypeptide chains. The structure of proteins is classified as primary, secondary, tertiary and quaternary in some cases.

There are four levels of protein structure:

These structures are based on the level of complexity of the folding of a polypeptide chain. Proteins play both structural and dynamic roles. Myosin is the protein that allows movement by contraction of muscles. Most enzymes are proteinaceous in nature. 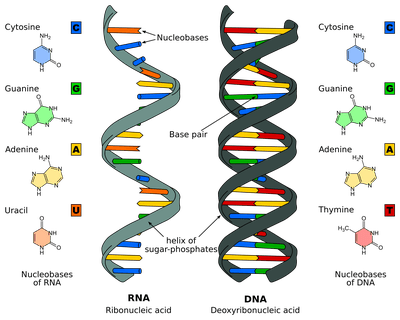 4. Lipids – Lipids are organic substances that are insoluble in water, soluble in organic solvents, are related to fatty acids and are utilized by the living cell.

Lipids present in biological membranes are of three classes based on the type of hydrophilic head present:

They include fats, waxes, sterols, fat-soluble vitamins, mono-, di- or triglycerides, phospholipids, etc. Unlike carbohydrates, proteins, and nucleic acids, lipids are not polymeric molecules. Lipids play a great role in the cellular structure and are the chief source of energy.

1) Water: Being the universal solvent and major constituents (60%) of any living body without which life is impossible. It acts as a media for the physiological and biochemical reactions in the body itself. Maintain the body in the required turgid condition.

2) Carbohydrates: It is very important for a source of energy for any physical body function.

3) Proteins: These are very important from body maintenance point of view, helps in tissue, cell formation.

4) Lipids: These are very important from the energy source as well as human nutrition point of view.

5) Nucleic Acids: Nucleic acids are very important as DNA carries the hereditary information and RNA helps in protein formation for the body.

6) Enzymes: Enzymes are simple or combined proteins acting as specific catalysts and activates the various biochemical and metabolic processes within the body.

Let me tell some interesting facts about Biomolecules.

There exists life on earth. Life is a complex phenomenon, which is based on non-living molecules interacting with each other, which we call biomolecules! Now how come these entities spring up to life out of nowhere? No one has been still able to answer it. However, following have been listed as some types of biomolecules.

2) Are Some Carbohydrates Better Than Other For Your Health?

Complex carbohydrates are generally better for you than simple carbohydrates, due to the fact that they contain dietary fibre and more nutrients. When speaking of the sugar content, there is no difference between sugars obtained from an apple, honey, or even table sugar. When consumed, they are all utilized by the body in the same way.

3)Do Carbohydrates Make You Fat?

The answer to this is simple, excessive body fat and obesity is caused by eating too much and exercising too little. This means that regardless of what food group you consume, if you consume more calories than you actually use, you will likely put on weight. Below you can see how many calories are in a gram of carbohydrates, when compared to other food groups:

As you can see, carbohydrates contain the lowest calorie-per-gram ratio. Carbohydrates also help you feel fuller for longer, which can help to prevent overeating, as well as assist with digestive functions. Scientifically proven now, carbohydrates don’t make you fat.

Now that’s hilarious! When I heard about it for the first time, I was shocked! Siamese and similar cat breeds have a special modifier gene called a Siamese allele that mutates the colour gene. It inhibits pigment — in other words, it causes albinism. This modifier starts sending out its “stop the color!” message around 380C, which is a cat’s standard body temperature. Anything lower than that and the mutation is blocked and the colour gene can then do its colour thing. Let me tell you, genetics is indirectly related to biomolecules. Isn’t it cool ?

also known as connectin, is a protein that, in humans, is encoded by the TTN gene. Titin is a giant protein, greater than 1 µm in length,[5] that functions as a molecular spring which is responsible for the passive elasticity of muscle. A molecule so large in length is seldom seen, and it is a wonder that we observe such large molecules if you calculate thermodynamically!

Proteins can have bizarre names. For example, the protein Pikachurin is a retinal protein that was named after a Pokémon character Pikachu. The protein Sonic Hedgehog was named after Sonic the Hedgehog. A blue protein is named Ranasmurfin, after the Smurfs.

Proteins in the human body have many jobs. For example, a protein called rhodopsin in our eyes helps us see light. Haemoglobin in red cells carries oxygen from the lungs to the body’s cells and takes away their harmful waste product, carbon dioxide. A series of chemical reactions involving proteins makes the blood clot. Additionally, proteins give the body structure, help regulate body processes, defend against disease, maintain the body’s internal environment, and give us energy.

Lipids are insoluble in water. This means that they will stay intact, even if you’re attempting to drown them. They are soluble in organic solvents, however, and that’s because lipids are created from similar elements in carbohydrates. The only real difference between carbs and lipids, in fact, is the hydrogen content – a lipid has more hydrogen than oxygen.

One of the most interesting groups of lipids there are today are steroids. These are used in diverse ways and may be abused by those who are looking for a competitive edge. At its core, steroids are essentially hormones that are taken out of cholesterol. If you have a plant-based diet, you can avoid cholesterol because it is an animal created item.

Eating a lot of saturated fat can put you at an increased risk of several diseases. The two most common issues are heart disease and cancer. That’s why eating lipids that are unsaturated are much better for you. These lipids can be found in fish, nuts, and many different types of vegetables.

Know some more fun facts about biomolecules? Comment them below!

Organic chemistry itself is much fun to study. Read about starting out early on this fun subject here.