When I used to be in Class-9 or Class-10, I was still unsure whether to take up the beaten path of Engineering (better known by JEE or IIT JEE) or Medical (similarly, AIPMT or AIIMS). Lost amidst the so-called counsellors (read, relatives), I was bogged down in my choices and had almost forgotten what my priorities and choices were. Strangely, today, as I write this from the room of an IIT hostel, I ponder how different would have been the other unknown and unexplored path.

To let you get a panoramic view of the scene, the IIT (JEE) scenery and the journey from the time you decide to the final moments of counselling when you have submitted your choices, I write this piece as a chronological travelogue.

First, the Eligibility, take Mathematics along with Physics and Chemistry as your subjects in the Senior Secondary level (11th and 12th classes), and you are in for the test. Further, as a word of advice, do not take Biology alongside thinking that you would have an option to attempt Pre-Medical tests as well. This shall complicate the preparation for you and might leave you nowhere. So, choose Physical Education, IT or something you are comfortable with, though the first choice requires the least amount of preparation.

Then, coming to the Attempts, you may give it in the year in which you appear for your 12th class exams or the upcoming year only. No attempts after that are allowed in any case. Further, from this year onwards, if you have taken a drop after declining a seat in IIT or ISM, you are not allowed to reappear for JEE Advanced.

Now that we know whether we are eligible or not, let’s dive in to understand the Pattern of the Test. Until decided to change in the upcoming meeting of JEE Council (in the first week of November), it remains the same two-tier system. You need to take the JEE Mains Exam conducted by CBSE on the first Sunday of April, and then the top two lakhs students shall be eligible to go for JEE Advanced in late May or first week of June. The system of reservation of seats for OBC-CL, OBC-NCL, SC, ST and PwD remains the same as mandated by the Government of India. Then, the JEE Advanced exam shall come up with the Merit List of around twenty-five thousand students, out of which around ten thousand shall be eligible to go for IITs.

Coming to the Pattern of the Question Paper, JEE Main shall have 30 single-correct multiple-choice questions from each of Physics, Chemistry and Mathematics. All the questions shall have the difficulty level set at NCERT or just above that. So, it must be the bare minimum that you should prepare for the exam. You would be having 3 hours on a Sunday morning from 9:30 to 12:30 to have your work done, but remember to be able to do the work in less than 2 hour and 45 minutes with the rest given to formalities at the test center.

JEE Advanced shall consist of two papers of 3 hours each on a hot Sunday in May or June. So, if you are really planning to be up for the test, start tuning your brain to be active between 9:00 to 12:00 and 2:00 to 5:00 thereby forgetting that morning slumber or afternoon siesta. With the questions, JEE is famous for its way too erratic pattern to constrain it in the words up here. In 2013 and 2014, it was with +3/-1 on multiple choice questions in the second paper, with the first paper having no negatives. Come 2015, +4/-2 on Numericals and Multiple-Correct multiple-choice questions. So, be ready to experience it all and give the instructions a read before storming into the paper. 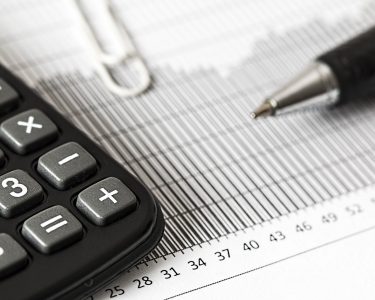