I shall halt my mad line of questioning to give you a taste of the gloriously mad lives of scientists who went slightly barmy because of, or despite their uber-intelligence! Perhaps in retrospect, it was ultimately for the best, for science and for their legacies!

Given below are some of the maddest scientists:

(1) Isaac Newton
Newton may be the pioneer in Physics and Mathematics. However, he was prone to some strange behaviour. Newton had a cat. It had given birth to kittens. He already had a cat hole in his house. But upon seeing the newborn kittens, he made one more hole in the door, smaller than the previous one. Little did he realize even the kittens could fit through the previous hole! Slight mistake in calculation by the dude who invented calculus. 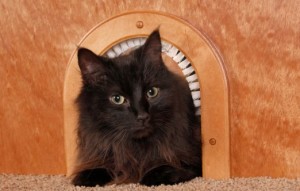 (2) Francis Galton
Even though he was one of the best statisticians, he was incerdibly awkward in his social life. Measurement was Galton’s hobby turned obsession. He took note of people’s sizes of heads, noses, color of eyes etc. In fact, he classified the degree of attractiveness of a girl he passed by in the street by pricking the left pocket when the girl was attractive and right when she was plain! (3) Carl Friedrich Gauss
He was definitely one of the maddest scientists in history. Ask any Maths or Physics student! Gauss was reclusive and obsessively secretive. He refrained from publishing his research. This led to other mathematicians rediscovering his work! He was once asked about Newton’s story of fall of an apple as an inspiration to discover gravity. Gauss said, “Silly! A stupid, officious man asked Newton how he discovered the law of gravitation. Seeing that he had to deal with a child’s intellect, and wanting to get rid of the bore, Newton answered that an apple fell and hit him on the nose. The man went away fully satisfied and completely enlightened.” 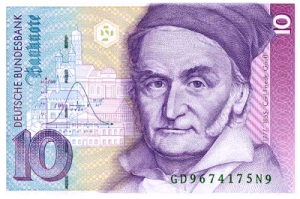 (4) Carlos Finlay
Yellow Fever was thought to be caused by dirty clothes. However, Finlay proved that the fever was caused due to a particular kind of mosquito. His experiment used subjects not by force, neither did he use prisoners as test cases. Instead, he introduced something called ‘informed consent’. This meant that people were fully aware of the possible consequences of the experiment but still signed the contract. How he convinced the 7 subjects of his experiment is not known. However, today this informed consent is the basis of all clinical trials. Even though he had an air of madness about him, it was because of his inability to express himself which was mistaken as madness – this was caused by nervous system disorder that had left him with a strange stutter! 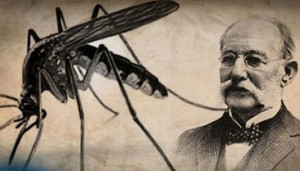 (5) Earl of Sandwich
This is not about a scientist. it is about the invention of our favorite and easy-to-make food-the sandwich. Legend says that the Earl of Sandwich was so engrossed in gambling that he did not want to leave the table even for snack. Hence, an easy-to-hold snack was invented and the name given after his name-Sandwich!

(6) Frederick T. Zugibe
Zugibe was an expert in forensic medicine. In order to find out what physically takes place during crucifixion, he actually tied himself and his volunteers onto a cross. He concluded that the victims died from ‘hypovolemic shock’. This is a condition when the body loses so much of blood that the heart can no longer function. To what extent do people go in their obsession with science! 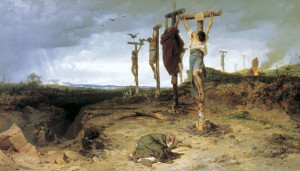 (7) Marie Curie
The greatest woman scientist of all times died because of her own inventions. Most of her work had been carried out in the lab without any safety measurements. In fact, she carried test tubes containing radioactive isotopes in her pocket. She even stored them in her drawer! Although she never acknowledged the health risks due to radiation exposure, it was what eventually led to her death. Even though her skin was visibly burnt and cracked because of her forage into radioactive materials, she blamed the burns not on her discoveries but on her hard-work! Strange! 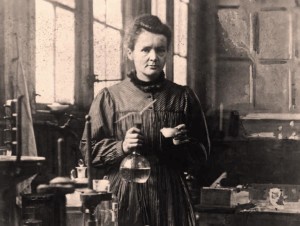 (8) Thomas Edison
Edison was not such a big fan of Nikola Tesla. In order to prove that Alternating Current (AC), invented by Tesla was dangerous, Edison started a propaganda called ‘death current’. In public demonstrations he brutally electrocuted animals. However, Tesla’s AC survived in the end. Maybe the phrase “he was mad by envy” was first said about Edison. (That’s not true – I just made that up!) 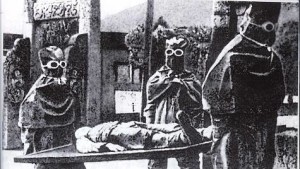 (10) Nicolas Minovicis
Would you put a noose around your neck and hang yourself? Minovicis did! He was a Romanian forensic scientist. He performed self experimentation for his paper, “Studies in Hanging”. In fact, he did preliminary trials with a contracting noose. He says that the pain was intolerable and persisted for two weeks. However, he mentions that in the end, he was “comforted by the results”.

Writers, especially sci-fi ones, have dreamed up some crazy stuff in their books. In fact, the only thing madder than the maddest scientists is the fact that these dreams became reality. You can check out some of these inventions here.

‘No great discovery was ever made without a bold guess.‘ – Isaac Newton In the mid-seventeenth century, shortly after Galileo Galile

Stephen Hawking: An Inspiration for us

Dr. STEPHEN HAWKING Today is indeed a dark day for us as the legendary scientist Dr. Stephen Hawking passes away at the age of 76. This visionary phys

Inventions of Nikola Tesla We Use In Everyday Life

Nikola Tesla, the archetypical ‘Mad Scientist,’ is a testament to the art of turning imagination into reality. It would be an understateme