Top IITs with Famous CEOs as Their Alumni

A recent study showed that IITians have created more than 25 million jobs worldwide. Over 3,500 start-ups were founded in 2015 in India alone, as per a study by Tracxn. About US$7 billion was poured into the new ventures by investment firms as India’s start-up sector remains the hottest bet on the planet.

Young and dynamic Indians are trading hefty salaries and big job titles and created brands that have become quite famous. But there’s one thing we can vouch for. When it comes to CEOs, it seems that the IIT academic pedigree trumps experience, track record and expertise.

We set out to understand which Indian Institute of Technologies are producing the maximum number of tech CEOs and the results are pretty interesting.

This American businessman has been listed as a billionaire by Forbes magazine. Khosla made his early fortune as one of the co-founders of Sun Microsystems, a company which created the Java programming language and Network File System (NFS). He then went on to form his venture capital firm, Khosla Ventures in 2004. He attended Mount St. Marys High School in Delhi and is an alumnus of the Indian Institute of Technology Delhi (Bachelor of Technology in Electrical Engineering).

Flipkart is the hot destination of every internet shopaholic. The mastermind behind the idea, one of the first people to establish an e-commerce website in India is Sachin Bansal, an IIT Delhi graduate. This businessman created something of a history in the great Indian internet shopping revolution.

Kunal Bahl bagged the “Entrepreneur of the Year” Award, 2015 for his splendid business acumen. Co-founder and CEO of Snapdeal, e-commerce business in India, this IIT Delhi boy is a source of inspiration to the young generation.

Other role models from IIT Delhi include names like:

Born and bred in Hyderabad, Hayath graduated from IIT-Bombay in 2005 and is the founder of the ed-tech startup Toppr, which is dedicated to online test preparation for students appearing for engineering and medical entrance examinations. In a span of one year, the company has already enrolled more than 30,000 students on their platform. Prior to starting Toppr, Zishaan Hayath co-founded a mobile commerce marketplace, Chaupaati Bazaar, in 2008. In 2010, Chaupaati Bazaar was acquired by India’s largest retailer, Future Group. The young achiever has also worked with Opera Solutions on strategy and operations, consulting projects for Fortune 100 clients in North America, Europe and Asia. Zishaan is an angel investor in a few well-known Indian startups including Olacabs, Housing.com and also runs an angel investment group called Powai Lake Ventures, based out of Mumbai.

This founder of Ola Cabs was born in Ludhiana, Punjab. Aggarwal career with Microsoft Research, where he worked for two years. He left his job in August 2010 at Microsoft Research and moved to Mumbai. In September 2010, he co-founded Olacabs from his home Ludhiana. This entrepreneur has received his bachelor’s degree in Computer Science and Engineering from IIT Bombay, in 2008.

Known as the enfant terrible of India’s start-up industry, there was no other CEO who got written about so much in 2015 as the former CEO of Housing, Rahul Yadav. A dropout from IIT-Bombay, Rahul and eleven of his college friends started real estate classifieds portal Housing in 2012. The company went on to raise US$100 million from key investors, the largest such funding in the space ever, globally.

Kashyap Dalal, an undergraduate of IIT Bombay, is the CEO of Inkfruit. The website is an online shopping store, which was launched in December 2007 (then called Gnome) by Fingerprints Fashion Inc., based in Mumbai.

Other role models from IIT Bombay include names like:

He is probably the most famous of all the Indian CEOs, and you know why. Born in 1972, Pichai pursued metallurgical engineering at the prestigious Indian Institute of Engineering (Kharagpur). It was in 2004 that Pichai joined Google to lead their Chrome OS and Chrome browser divisions. He was also instrumental in the development of popular apps such as Google Maps.

Born on October 21, 1954, in Madhya Pradesh, Sarin graduated from the IIT Kharagpur in 1975 with a Bachelor of Science degree in engineering and received the BC Roy gold medal for academic excellence. In the year 2003, Sarin became the Chief Executive Officer of Vodafone.

Other role models from IIT Kharagpur include names like:

This 40-year-old creative mastermind, is the father of the brainchild Naaptol.com. The IIT-Kanpur graduate has also completed his Masters in Computers & Electronics from the University of Minnesota-Twin Cities. Headquartered in Mumbai; Naaptol is a home shopping company that provides a medium to buyers & sellers to purchase or sell numerous products.

An IIT Kanpur Electrical Engineering alumnus and an MBA graduate from INSEAD, Aloke is the dynamo who drives ixigo with his passion and eye for detail. He is responsible for providing strategic leadership and direction to the team with his business acumen and consumer-centric thinking. His creativity, intuition and perseverance have had an immense impact on ixigo’s growth story.

Other role models from IIT Kanpur include names like:

Ashok holds a Bachelor of Engineering degree from Roorkee University (now IIT, Roorkee) and an MBA from the Asian Institute of Management, Philippines. Ashok Soota has been recognized twice as ‘IT Man of the Year’, and as ‘Electronics Man of the Year’. He is currently the co-founder of Happiest Minds Technologies, a company aimed at enabling Digital Transformation for customers.

Naveen Jain is an entrepreneur and philanthropist driven to solve the world’s biggest challenges through innovation. The founder of Moon Express, World Innovation Institute, iNome, TalentWise, Intelius, and Infospace, Naveen sees beyond the current business and technological landscape, creating companies that make a true impact.

Other role models from IIT Roorkee include names like:

Hard work and dedication propelled these people to the CEO positions they hold today; however, they all received an IIT education that put them on a path for professional success.

But it seems that IIT Delhi is winning the race of producing the most famous CEOs. Well done, IIT-D 😉

IITians have been the masters of alternate career choices over the years. From writing books to having their own startups, they’ve done it all! Read here about the top startups by IITians. 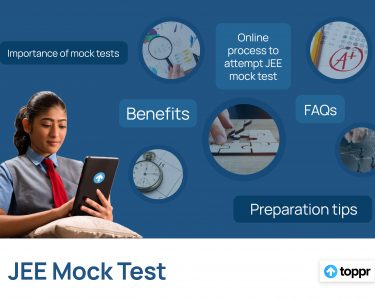 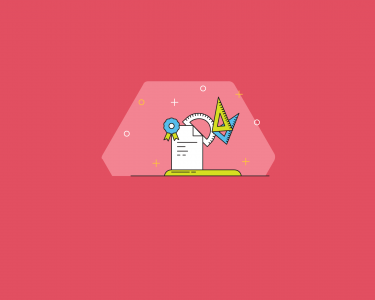