With an unprecedented level of competition in every sphere of life, zeroing-in the right university or educational institute for higher education has always been a Hercules task. Higher education is not only about grabbing some lucrative job but to also learn the skills that may help individuals sail through their career with aplomb. Understanding the requirements of current education scenario, the Government of India is emphasising on imparting world-class higher education in the country. All this inspired us to come up with this comprehensive ranking of top universities in India 2018 to ensure better exposure for the youth of India.

The Indian government has recently commissioned the ranking of its universities for the year 2018-19. This was done by the National Institutional Ranking framework (NIRF) and the India Rankings 2018 was launched in 3 April, 2018. The main ranking parameters behind the “scores” were “Teaching, Learning and Resources,” “Research and Professional Practices,” “Graduation Outcomes,” “Outreach and Inclusivity,” and “Perception”.

Here are the top universities in India as per these rankings:

Now, let’s take a closer look at the top ten universities that have beaten the others in the race of excellence. 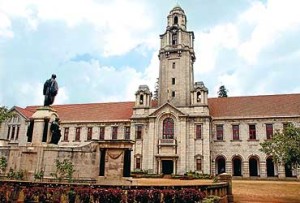 The Indian Institute of Science (IISc, or just ‘The Institute’) was established in 1909 by a visionary partnership between the industrialist Jamsetji Nusserwanji Tata, the Maharaja of Mysore, and the Government of India. Over the 107 years since its establishment, IISc has become the premier institute for advanced scientific and technological research and education in India. During the year 2015-16, the Institute participated in national (NIRF) and international rankings (QS and THE), and was invariably the top-ranked institution of higher education in India. The Institute is fully residential and is spread over 400 acres of land in the heart of Bengaluru city. It is, without doubt, one of the top universities in India! 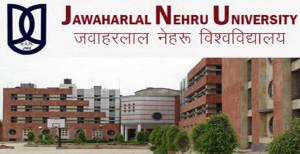 Jawaharlal Nehru University (JNU) is a public central university in New Delhi. The university is known for leading faculties and research emphasis on liberal arts and applied sciences. It is named after Jawaharlal Nehru, India’s first Prime Minister. The university is known for its alumni who now occupy important political and bureaucratic positions. The once rugged terrain of the Aravali hill range, where the 1000 -acre campus is housed is now lush green. Parts of it host dense forests, sustaining a birdwatcher’s paradise and some forms of wild life. 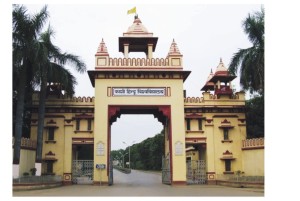 Banaras Hindu University is an internationally reputed temple of learning, situated in the holy city of Varanasi. This creative and innovative university was founded by the nationalist leader, Pandit Madan Mohan Malviya, in 1916 with cooperation of great personalities like Dr Annie Besant, who viewed it as the University of India. The University family consists of about 15000 students belonging to all streams of life, castes and religions and races, about 1700 teachers, and nearly 8000 non-teaching staff. A large number of students from foreign origins like the U.S.A, Europe, Asia, Middle East, Africa etc., come to study here. Jawaharlal Nehru Centre for Advanced Scientific Research (JNCASR) is a multidisciplinary research institute situated in Jakkur, a locality north of Bangalore, India. It was established in 1989 by the Department of Science and Technology, Govt. of India, to commemorate the centenary (1989) of Pandit Jawaharlal Nehru. The Centre is funded by the Department of Science and Technology, Government of India and is a deemed university. It provides a vibrant academic ambience hosting more than 300 researchers, and is among the top Universities in India! 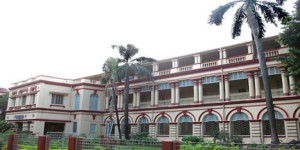 University of Calcutta is one of the three universities in modern India, the other two being Bombay (now Mumbai) and Madras University. It was set up by the British in Calcutta in 1861 as a means of spreading western philosophical thought among the elite in India. It also aimed to create, in the words of Lord Macaulay, “a class of persons Indian in blood and colour, but English in tastes, in opinions, in morals and in intellect. Jadavpur University has recently acquired the erstwhile National Instruments Limited (CSIR), becoming the first Indian university to have such a research unit. 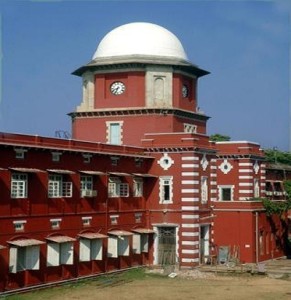 Situated in the southern part of the city of Madras (Chennai), the University’s main campus extends over 100 hectares adjacent to the Adyar River on the north and Raj Bhavan on the south. Anna University was established on 4th September 1978 as a unitary type of University. Since December 2001, it has become a large, highly renowned Affiliated University, having brought into its fold about 426 Self-financing Engineering Colleges, six Government Colleges and three Government-aided Engineering colleges located in various parts of the Tamilnadu State. You can find a detailed article about it here!

The University of Hyderabad is an Indian Central University, founded in 1974 and it mostly has a residential campus, which has more than 5,000 students and 400 faculty, from several disciplines. It has been consistently ranked among Asia’s top universities. It is located in Gachibowli, on 2300-odd acres. The campus is rich in flora and fauna, home to over 734 flower plants, ten species of mammals, fifteen species of reptiles, and 159 species of birds.

Read more about it in this article! 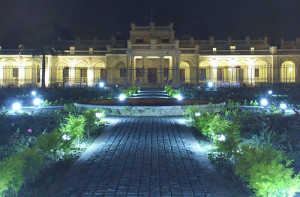 The University of Delhi is the country’s premier university, which is known for its high standards in teaching and research and attracts eminent scholars to its faculty. It was established in 1922 as a unitary, teaching and residential university by an Act of the then Central Legislative Assembly. Its famous South Campus is now spread across 69 acres of green, hilly terrain and its buildings blend attractively with the natural surroundings. 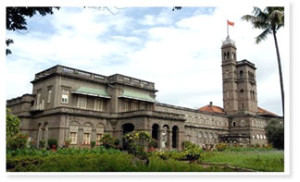 Savitribai Phule Pune University, one of the premier universities in India, is positioned in the North-western part of Pune city. It occupies an area of about 411 acres and was established on 10th February, 1949 under the Poona University Act. The university houses 46 academic departments. It is also popularly known as the ‘Oxford of the East’. It has about 307 recognized research institutes and 612 affiliated colleges offering graduate and under-graduate courses, and is rightfully among the top universities in India!

So, this was the list of the top universities in India. Hope you enjoyed reading it and got the information you were looking for.

Stay tuned to Toppr for more such articles.