Trigonometry is a branch of mathematics dealing with relations involving lengths and angles of triangles. It can, in a simpler manner, be called the study of triangles. The angles are either measured in degrees or radians. We need to look into trigonometric formulae, ratios, functions etc. in order to grasp the concept completely. Here, we have discussed the basic concepts of Trigonometry Class 10.

Triangle and their types

Some basic points to remember for Trigonometry class 10

When the angle shown is mentioned, the formulae for sine, cosine and tangent are:

Example, Calculate the angle in a right triangle with the measure of adjacent side being 12 cm and hypotenuse being 20 cm:

In such a case, sometimes we might need to calculate Cosec, Sec and cot too. In such cases, the formulae to be used are:
Cosec (x) = 1 / sine (x)

Pythagoras theorem and some other identities

According to the theorem

Congruence of a triangle

There are different rules for congruency. They are:

Triangles with same angles and different length of sides are called similar triangles. They are denoted by ~ symbol. Hence, for two triangles to be similar the conditions that need to be met are:

These two triangles are similar if and only if:

There are different rules for the similarity of a triangle. They are:

If two sides of triangle 1 is in the same ratio of the two angles of triangle 2 and the angle included by the 2 sides are equal in both the triangle, it is said to be similar by the SAS property.

Some theorems on similarity 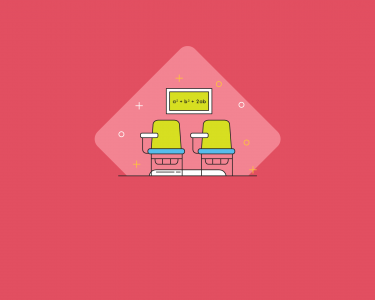 A List of Short Humorous Stories for Class 10 To be quite honest, the tenth standard is a serious class. Most of the students are pressurized by teach

NCERT Maths Class 10: If you’ve just about had it with numbers and symbols and your class 10 Maths class, look no further than here for a complete o