When NEET was first introduced in 2012, several States including Andhra Pradesh, Karnataka, Kerala and Tamil Nadu opposed it. These State governments believed that it infringed upon their right to keep education a State subject. Tamil Nadu CM Jayalalitha was quoted as saying “(NEET) would adversely affect the interests of students in the State, in particular those from weaker sections and from rural areas and as it infringes upon the State’s right to determine the admission policies to medical educational institutions.”
Students in Tamil Nadu who seek admission to MBBS course are admitted on the basis of their 12th standard final examination marks. A similar criterion is followed in Kerala as well. These States believe that there’s a huge difference, in terms of content, in the State and Central Board’s syllabus. Maharashtra has requested the Indian Medical Council not to conduct the admissions to medical and dental courses through NEET and instead continue with MH-CET this year. Medical Education Minister Vinod Tawde said: “Since the NEET is based on CBSE syllabus, the government will have to upgrade its HSC syllabus and then Maharashtra can join the NEET from 2017.” The fuss just seems buzzing and we wonder if you know why NEET is the hottest topic in the education field, right now! Here we breakdown all the positive and negative aspects of a nation-wide entrance exam.

There has been a call to standardize entrance examinations around the country for all professional courses. This is in line with what many countries have initiated, and indeed what our own country is trying to install in the engineering stream. NEET would prevent private medical schools and “deemed” universities from holding their own set of entrance tests and rigging the rankings to get people who do not have the aptitude to become doctors into the system. Multiple exams meant multiple entrance exam fees and traveling all across the country writing entrance exams. Fees and traveling can be very costly for an average medical school aspirant. The NEET levels the playing field so as to speak for the middle class’ and poorer students’ limited financial resources. The state and independent entrances exams have hardly been fair or transparent. There were multiple episodes of paper leaks and scams from various state entrances and private medical colleges. NEET prevents duplication of candidatures that were central to the scams. The NEET does not change any of the state quotas so you are essentially competing with your own state people for the majority of the medical seats. The medical seats available to students does not change. The old concept of 15% of all government medical seats in the central pool is retained.

The NEET doesn’t affect reservations. States can apply their old reservation system as mandated by their state governments. Case in point: Nearly 69% of medical seats in Tamil Nadu were in the reserved category but based on Class 12 marks. Now the rankings will be based on NEET scores but the reservations remain at 69%.

The NEET does not change the status of exams for central autonomous examinations- AIIMS, PGI, JIPMER, etc. So NEET will not have any negative impact on students aiming to get into these institutions.

Another aspect of medical education is “seat blocking scam”. This is more in states such as Karnataka, Maharastra and Tamil Nadu with a large number of private medical schools. “With NEET, unscrupulous and money-minded businessmen entering and operating in the field of education will diminish,” Supreme Court lawyer MR Shamshad was quoted saying. The MCI(Medical Council of India) is of the opinion that NEET would avoid multiple entrance tests and minimize corruption and irregularities in admissions to medical courses, while the IMA(Indian Medical Association) has welcomed the apex court’s decision, saying it will help safeguard the sanctity of the medical profession.

There are a few reasons why NEET is not the ideal scenario but to expect anything to be completely perfect would be rather delusional.

Exam-givers complain that this will favor students from CBSE, which covers the NEET syllabus, while state boards lag behind. Many students have exclusively studied for their state entrances for medical school admissions for the last 2 years. Since the syllabus is different between state and central syllabus, their predicament is understandable. Several points of contention have been raised — the important ones being its viability and the impact on students from different educational backgrounds. This is reinforced by states’ representatives, who expressed their inability to accept the presentation of the NEET-UG in only English and Hindi. This point is of course to be considered.

The opposition comes from many quarters:

Private medical schools: We need to understand that they might have ulterior motives in their mind as they oppose a national exam. Now, they cannot sell the medical seats in an open market and will have to consider admissions based on merit. They cannot accommodate candidates who have lots of money but do not even get qualifying marks in the NEET exam.

Politicians from different states: Many state MLAs own private medical colleges themselves or have an indirect stake in them. The NEET effectively takes control out of their hands to manipulate medical school admissions. Also, education is a huge populist subject which can be woven into political manifestos to garner votes.

Students: Some students are bound to suffer, but the change must begin somewhere.

In conclusion, I think I have pointed out why NEET is a good move. It’s not perfect and it might need some more work but change is necessary to remove the rot. NEET is, in a way, addressed to help students adapt to the change.

There are a lot of changes happening in the verdict and NEET is a topic, you need to follow closely. Keep following us for more information.

To know more about exam pattern for NEET or how to fill the application form for NEET 2016, visit us at TopprBytes. 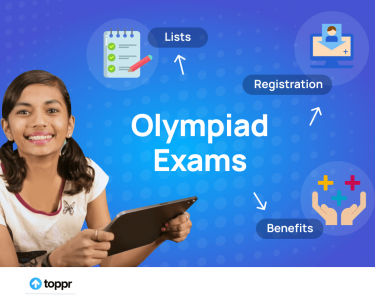 West Bengal Joint Entrance Examination (WBJEE) is must for a student to clear to get admissions into premier institutes of West Bengal. WBJEE 2020 was