If you have an avid interest in gardening, you must have surely come across earthworms. Did you know one can find one million earthworms in just one acre of land? These earthworms belong to the Phylum Annelida. They create healthy soil and plants grow extremely well in these types of soils.

Having over 17,000 species, Phylum Annelida is a large phylum. Annelids are also known as ringworms or segmented worms. They exist in various environments including marine waters, fresh waters and also in moist terrestrial areas. The size of the annelids can range from a few millimetres to an amazing three metres in length. The Australian earthworm measures around 3 metres. Furthermore some species from this phylum exhibit some unique shapes and brilliant colours.

Annelids exhibit bilateral symmetry and are invertebrate organisms. They are coelomate and triploblastic. The body is segmented which is the most distinguishing feature of annelids. 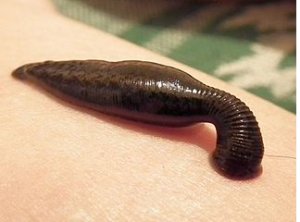 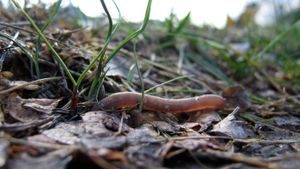 Q: How are earthworms helpful to farmers?

Ans: To a farmer, earthworms are the most helpful and friendly creatures. They are burrowing creatures and play an important role in improving the soil texture and enriching the soil. Earthworms plough the soil by eating their way through the soil. They digest the soil along with the dead leaves and any other organic material. By doing this, they constantly loosen the upper layer of soil. This results in good water percolation and air penetration. The droppings of the earthworm also enrich the soil, making it good for plants to grow.

Q: Where do annelids live?

Ans: Annelids can live in marine or freshwater habitats or even in moist terrestrial environments.

Q: Where can you find leeches?

Q: On a rainy day, you notice a long, brown, bilaterally symmetric organism in your garden. This organism has a body that is divided into segments, from the head to the tail. Under which phylum will you classify the organism, looking at its features? What do you think is the organism?

Ans: Since the organism is long, brown and bilaterally symmetrical, with a segmented body, it can be classified under phylum Annelida. The distinguishing characteristic is the segmented body. And Annelids also live in moist terrestrial areas.  This annelid is an earthworm, which can be found in moist soils.