Did you know, potentially life-endangering parasites can live in the human body for up to several decades? Moreover, these parasites, known as blood flukes, have the ability to regenerate themselves. And so, can survive in hostile environments. Furthermore, these worms belong to Phylum Platyhelminthes. Let us explore this phylum. 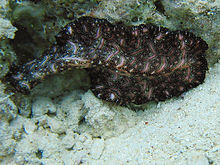 Platyhelminthes are commonly known as flatworms or tapeworms. They are a group of soft-bodied invertebrate animals. As a matter of fact, there are around 20,000 species of these animals. A few of these live as parasites on humans and other animals. Furthermore, it is because of this parasitic nature that they do cause some amount of trouble for the host animal. A few species belonging to this phylum can be a major cause of certain diseases. For example, Schistosomiasis, or bilharzia or bilharziasis, is a disease caused by these parasitic flatworms. They belong to the family Schistosomatidae.

The most distinguishing feature of these invertebrates is their flat body. As the body does not have any cavity, they are flat. The body is also not segmented and they do not have specialized systems. Around eighty percent of the flatworms are parasitic in nature, while a few free-form flatworms are also present. The free-living forms are scavengers or predators. The parasitic species feed on the tissues of the host organism in which they live.

The animals in this phylum have a diverse range in size. Some are microscopic, while a few go up to two feet long. They are also hermaphrodites, which mean that both the sexes are present in the same organism. 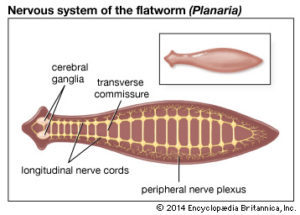 The different classes under this phylum are:

Q: Which is the phylum, where the body is dorsoventrally flat without a body cavity?

Q: Give an example of a free-living

Q: The digestive system is absent in which class of flatworms?

Ans: It is the first phylum to show organ system grade of organization along with bilateral symmetry.

Answer: A flame cell is a specialized excretory cell found in flatworms (except the turbellarian order Acoela), rotifers and nemerteans. Flame cells function like a kidney, removing waste materials.
The nephridium is an invertebrate organ that occurs in pairs and performs a function similar to the vertebrate kidney. Nephridia remove metabolic wastes from an animal’s body.
The malpighian tubule is a tubular excretory organ, numbers of which open into the gut in insects and some other arthropods.
Green glands are excretory organs in Crustaceans.

Q2. Members of phylum platyhelminthes are generally called as?

Answers: Platyhelminthes very commonly known as flatworms or tapeworms, these animals are soft-bodied invertebrate animals. There are around 20,000 species of these animals. A few of these live as parasites on humans and other animals.

Answers: The unique features of the phylum Platyhelminthes are as follows:
They have a dorso-ventrally flattened body
The body is covered with the ciliated epithelium
These are acoelomate
They have a sac-like digestive cavity
They possess a great regeneration power.
These are mostly parasitic.
Excretion occurs by means of flame cells.
Examples include Planaria, Taenia etc.

Q4. Mode of nutrition in platyhelminthes is?