Ever thought what living organisms composed of? Or rather what is it that makes us living beings? Here comes the introduction to Cell. The cell is the smallest structural unit of a living organism. So, everything that we are able to do is possible because of the 10 trillion cells present in our body. The number is huge and of course, the function performed by them is even bigger. In this topic here, we’ll introduce you to cells. Let’s begin.

Table of content
1 Suggested Videos
2 Introduction to Cell
2.1 Browse more Topics under Cell Structure And Function
2.2 Cell Theory
3 What are Cells?
3.1 How Are Cells Produced?
4 Types of Cell
4.1 1) Prokaryotic Cell
4.2 2) Eukaryotic Cell
5 Question For You

The introduction to cell began back in the year 1655 when a revolutionary observation was made by an English scientist Robert Hooke. This observation made by him was so huge that it went on to change the basic biological theory and research forever. So, how was the cell discovered?

Robert Hooke was examining a dried section of the cork tree using a crude light microscope. In this analysis, he observed multiple small chambers which he named the cells. Thereafter, over the next 175 years, several kinds of research were made which led to the formation of the cell theory that we know today. 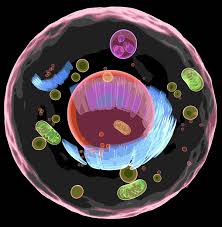 The first such theory was proposed by the German botanist Matthias Jacob Schleiden and the German physiologist Theodore Schwann in 1838. This theory was formalized in the year 1858 by the German researcher Rudolf Virchow.

Thus, it is the basic structural and functional unit of life and all the organisms are made up of cells. The subcellular structures of the cell comprise of the plasma membrane, organelles and in some cases a nucleus as well. As for the size of the cell, it is variable and maybe anything from 1 to 100 micrometre.

How Are Cells Produced? 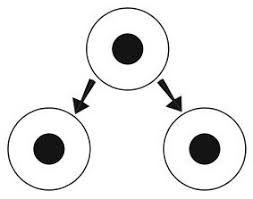 Broadly, there are two key types of cells i.e. the Prokaryotic Cell and the Eukaryotic Cell. The difference between the two is defined mainly by the presence or the absence of the nuclear membrane. Let’s know more about the two types of cells.

Q: Why is cell the fundamental unit of life?

Ans: A cell is capable of independent existence and can carry out all the functions which are necessary for the existence of the living being. Some of the functions that are performed by the cell include nutrition, respiration, excretion, transportation and reproduction.

These functions are very similar to the functions of the individual organism. Even the unicellular organisms are capable of independent existence. This proves the capability of the cell to exist independently. Therefore, a cell is the structural and fundamental unit of life.