Heredity or Hereditary is the process of passing the traits and characteristics from parents to offsprings through genes. The offspring, get their features and characteristics that is genetic information from their mother and father. Heredity and genetics are the reason you look so much like your parents. Genetics is a branch of science that studies the DNA, genes, genetic variation, and heredity in living organisms. Let us learn all about it.

In the simplest of words, heredity refers to the passing of traits or characteristics through genes from one generation (parent) to the other generation (offspring). Heredity is very evidently seen in sexual reproduction. This is because, in this process, the variation of inherited characteristics is high.

The variation occurs due to some errors in DNA copying. Variation is important because it contributes to the evolution and forms the basis of heredity. Variation is caused due to gene mutations, the interaction of genes with the environment, and various combinations of genetic material. Remember that variation can occur through the asexual reproduction process too. But, these variations are not very noticeable. 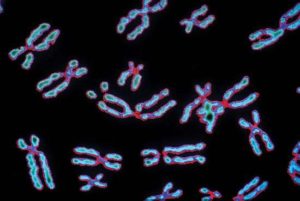 Gregor Mendel- The Father of Genetics

He researched on plant breeding and hybridization and conducted his experiments on pea plants to show the inheritance of traits in living organisms.

He observed the pattern of inheritance from one generation to the other in these plants. And thus he came up with Mendel’s Laws of Inheritance, which can be summarized under the following headings:

It is the cross between two plants which have one pair of contrasting characters. For Example, a cross between a tall pea plant and a short (dwarf) plant. The following diagram explains this in detail. 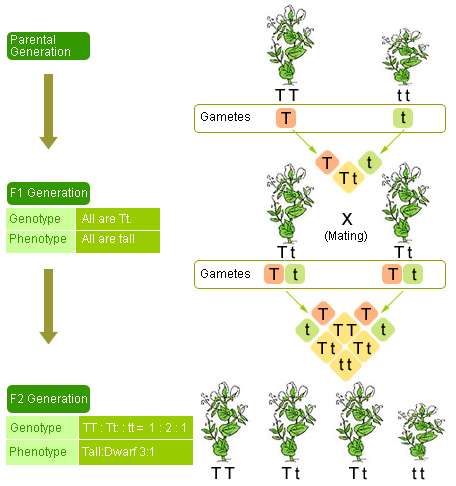 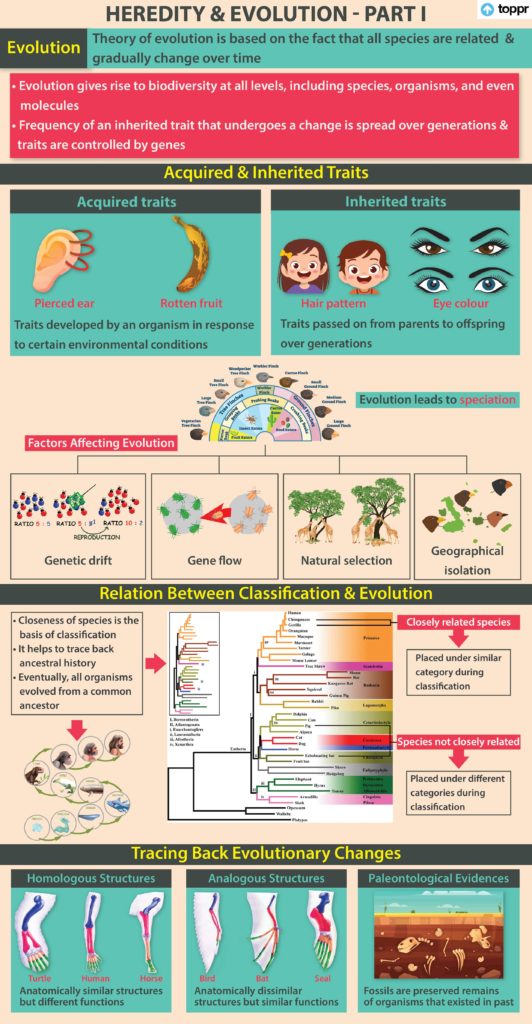 It is the cross between two plants which have two pairs of contrasting characters. This takes into consideration alternative traits of two different characters. For example, a cross between one pea plant with round and green seeds and the other pea plant having wrinkled and yellow seeds. The following diagram explains the dihybrid cross in detail. Q: Which Mendel’s experiments show that traits are inherited independently?

Ans: The Dihybrid cross experiment performed by Mendel performed with the pea plants. In a cross between two plants with two pairs of contrasting characters, the expression of traits occurs independently.

Share with friends
Previous
Evolution
Next
Heredity and Evolution