As we know, carbohydrates, proteins, and fats provide organisms with the energy needed for growth and development. Are there any other nutrients essential for survival? Yes! They are called ‘Minerals’. Minerals are also equally important for organisms to perform functions necessary for life. Let’s learn about them in more detail.

Julius von Sachs, a German botanist, was the first to grow plants to maturity in a nutrient solution in the complete absence of soil. This technique of growing plants in a soil-free, nutrient solution is ‘Hydroponics’. The essential minerals were identified by adding or omitting an element in the nutrient solution or using varying concentrations. Today, hydroponics is commercially used as a technique to grow tomatoes, lettuce, and seedless cucumbers. 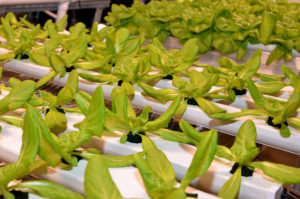 So far, 105 elements have been discovered, of which more than 60 exist in plants. But, are all these necessary for plants? How do we know which minerals are essential for plants and which are not? There are certain criteria to determine this. Let’s learn what they are.

According to the above-mentioned criteria, only a few mineral elements were found to be absolutely necessary for plant growth and development. Based on the quantity in which these minerals are required, they are further classified as follows.

All the 17 elements mentioned above are essential elements. In addition to these, elements such as sodium, silicon, selenium and cobalt are also important for higher plants.

Essential mineral elements can also be classified as follows based on their diverse functions:

Role Of Macro And Micronutrients

The table below shows the diverse functions the essential minerals perform in plants.

When a plant gets limited amounts of an essential mineral, its growth becomes retarded. The concentration of the essential element below which the growth of a plant is retarded is the ‘critical concentration’. Below this concentration, the plant is said to be deficient in that particular element.

Understand more about Components of Food here in detail

Deficiencies are indicated by morphological changes in plants. These are called ‘deficiency symptoms’. These symptoms differ from mineral to mineral and disappear when sufficient levels are provided. However, if the deficiency continues then it leads to plant death.

The part of the plant that shows the effect of the deficiency depends on the mobility of the mineral. For example, the deficiency of nitrogen, potassium and magnesium first appears in the old leaves after which they are mobilised to younger leaves.

But for minerals that are immobile or not transported out of the mature organs, the deficiency first appears in the young leaves. For example, calcium is the structural component of the cell and therefore is not easily mobilised. Plants show the following types of deficiency symptoms:

Note: Deficiency of one element can cause multiple symptoms or same symptoms can be caused by the deficiency of multiple elements. Mineral deficiencies that affect crop yield are provided through fertilizers. Macro and micronutrients are important parts of fertilizers.

There is a narrow range of concentration at which the micronutrients are optimum. Just like a little less than the critical concentration leads to deficiency, little more can cause toxicity. The mineral concentration that reduces the dry weight of plant tissue by 10% is considered toxic.

The critical concentration varies for each micronutrient and the toxicity level for any element also varies for different plants. Therefore, toxicity symptoms are difficult to identify. Moreover, the excess of one element may inhibit the uptake of another element. For example, the excess of manganese may cause deficiencies of iron, calcium and magnesium.

The mechanism of absorption of mineral elements involves two phases:

In summary, mineral elements are pulled up from the soil along with water through the xylem. Soil acts as a reservoir for minerals. Weathering and breakdown of rocks enrich the soil with inorganic salts and dissolved ions. In addition to minerals, soil also provides water and air; and holds beneficial microbes like nitrogen-fixing bacteria.

Question: Which mineral element is crucial for photosynthesis in plants?

Solution: The answer is ‘b’. Magnesium is a major component of chlorophyll and activates multiple enzymes involved in photosynthesis.