Micelles are not a very easy thing to understand and learn. Also, both micelle and reverse micelles are taxicabs that are a transport oily substance in a polar solvent. Besides, the topic will help you to understand both of these and their formation. 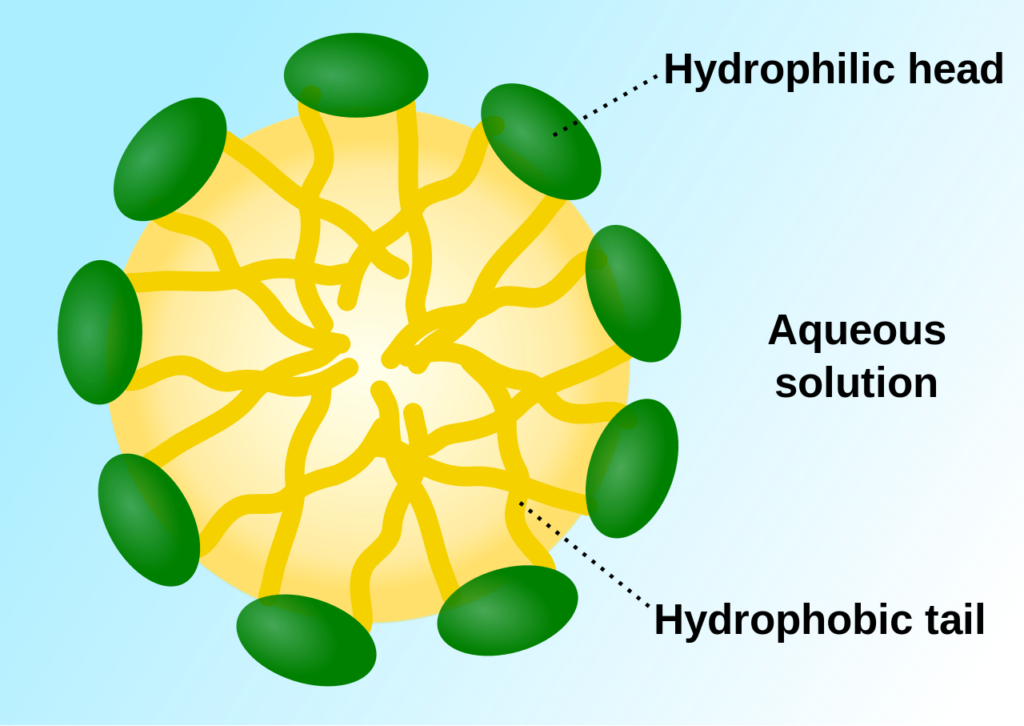 It can be thought of as a sheet folded back onto itself. Also, its fold may depend on the surrounding medium. Furthermore, in an aqueous medium, it has hydrophobic chains on the inside with the polar heads on the exterior.

It functions as taxi cabs that transport oily substance over the hydrophobic ends of the phospholipids that surround the substance. Also, the oily substance can now take a ride through the polar solvent.

Moreover, it represents spherical lipids NSs; though, they failed to depict a bilayer or inner cavity. Also, the hydrophobic ends of the phospholipids face inward, however the hydrophilic ends point outside, forming a spherical structure.

Besides, the micelles depict little circulation time inside the body owing to their smaller size over liposomes. Furthermore, this gives them the benefit of being capable of entering the tumor cells more smoothly owing to the EPR effect. In addition, they can produce from polymeric molecules.

Moreover, they contain a hydrophobic core that stabilizes through hydrophobic units. Furthermore, they are remarkably more stable compared to traditional micelles and are best suited toward drug delivery uses since the circulation time is longer and they provide improved biodistribution.

They are lipid molecules that organize themselves in a spherical form in an aqueous solution. Also, their arrangement is a reaction to the amphipathic nature of fatty acids, which means they hold both hydrophilic sections as well as hydrophobic sections.

They are self-organized molecular collections of surfactants in a polar media. Also, their polar heads are in the interior and their hydrophobic chains are in the exterior. Moreover, it gives polar substances a ride through an oily medium.

Also, proteins suffer from denaturation, and the efficiency of proteins division using it decreases drastically when the interface between proteins and micelles is too powerful. Besides, it’s probable to significantly alter the distinctiveness and structure of reverse micelles by means of external stimulation; it will be probable to raise a more efficient division process of proteins.

For reverse micelles, the scientist uses various long chains of alkyl amines for the additives to the AOT. In addition, the effect of amine structure on the formation of reverse micelles and the extraction uniqueness of lysozyme by the diverse micellar system are studied.

They are water droplets that we obtain from the action of sulfates when it disperses in water. Moreover, its size is nanometer. Also, surfactant atoms create with the polar part to the internal side ready to solubilize water and the polar part in contact with the natural dissolvable.

Question. What is the main function of micelles?

A. Digestion of cells

B. Absorption of food

C. Digestion of molecules that are insoluble in water

D. Absorption of molecules that are insoluble in water