Did you ever wonder how various organisms reproduce? Not every organism is capable of reproducing sexually. There are so many hidden surprises for you in this chapter! We will study a different form of reproduction in organisms. It is known as asexual reproduction. We will have a brief look at its characteristics and types.

What is Asexual Reproduction?

Fission means division. During asexual reproduction, the parent cell divides into two or more cells. Unicellular organisms show different patterns of cell division according to their cell structure. For example, an amoeba can divide itself into two at any plane but the division in euglena is longitudinal. 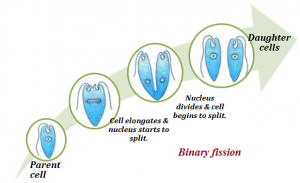 Fragmentation is another mode of asexual reproduction. Multi-cellular organisms like planaria, spirogyra, etc. reproduce by fragmentation. The parent body divides into two or more fragments. Later, each fragment develops into a new individual.

Some organisms develop buds on their body. These buds develop into a new individual. This is known as budding. An example is a hydra. From the parent hydra, a bud arises which eventually matures into a new hydra. Once it gets mature, it detaches from the parent body. 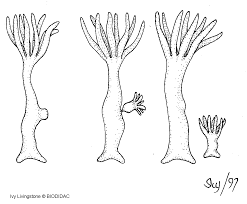 Plants reproduce asexually through their vegetative parts such as leaves, roots, stem, and buds. This is known as vegetative propagation. For example, onion bulbs, tubers of potato, runners/stolon, etc. Vegetative propagation is much faster than the sexual reproduction in plants. This can be done artificially as well, which is widely employed in horticulture. 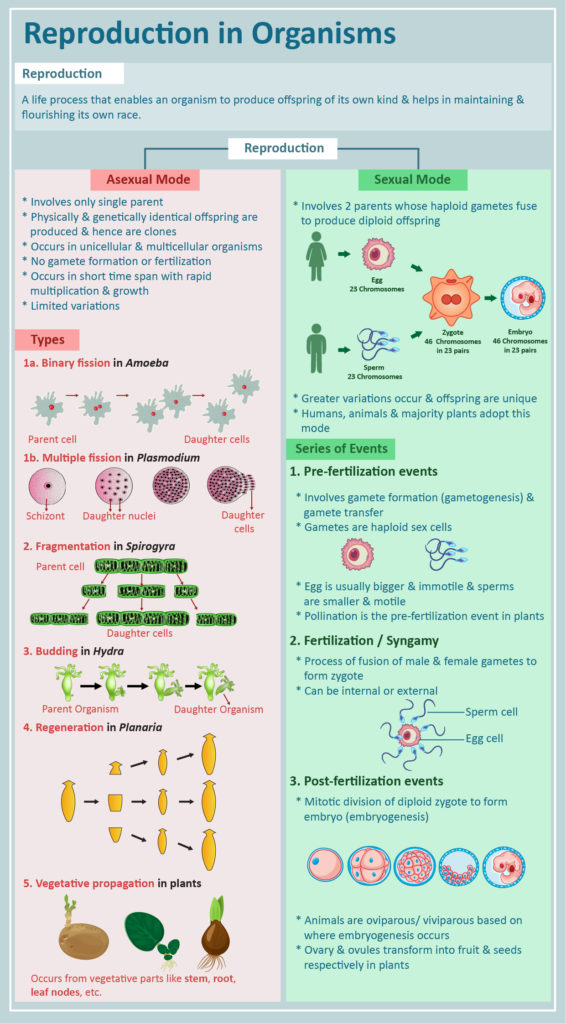 Ans: Spore formation is another means of asexual reproduction. Organisms which belong to the fungi group produce spores within a sac-like structure called sporangium. Under the favourable condition, sporangium burst to release spores which germinate to form new offspring.

Share with friends
Previous
Sexual Reproduction
Next
Reproduction in Animals

hi sub to me parov stellar

hey i sub so wat now?

add me too pls pls mr noob pls add me