The Central Government has the authority to determine capital investment requirements for small-scale industries. These requirements are listed under the Industries (Development and Regulation) Act, 1951.

A small enterprise in which investment in plant & machinery ranges between Rs. 25 lakhs to Rs. 5 crores is a small-scale industry.

Similarly, for industries that provide services, the investment requirement is between Rs. 10 lakhs and Rs. 2 crores. 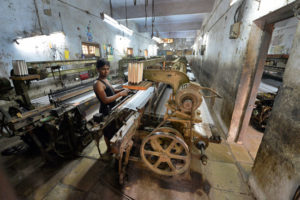 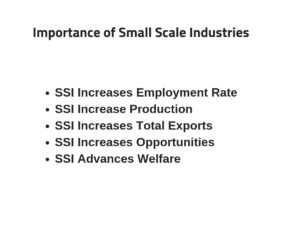 Every small-scale industry plays a big role in the Indian economy. Apart from providing employment to crores of people, it has the added benefit of minimum capital requirements. The government also offers several tax benefits to SSI for this purpose.

Furthermore, they can exist in urban as well as rural areas. Small Scale Industries have been able to compete with large-scale industries and multinational corporations because of this. Due to reasons like these, they are of great importance.

The following are some specific roles that SSIs play in the Indian economy:

India is one of the world’s fastest growing economies in the world. Consequently, its production output is massive. It is pertinent to note that SSIs contribute almost 40% of India’s gross industrial value.

These industries produce goods and services worth over Rs. 40 lakhs for every investment of Rs. 10 lakhs. Furthermore, the value addition in this output increases by over 10%.

Here is another interesting statistic about Small scale industries. The number of Small Scale Industries in India increased from around 8 lakhs in 1980 to over 30 lakhs in 2000.

This figure has grown even more in recent years owing to the government’s ‘Ease of Doing Business’ policies.

As a result of this, the total industrial production output rose tremendously in the last few years. SSIs are, therefore, strongly responsible for the growth of India’s economy.

Apart from producing more goods and services, SSIs have been able to export them in large numbers as well.

Almost half of India’s total exports these days come from small-scale businesses.

Even trading houses and merchants help SSIs export their goods and services to foreign countries.

It is important to note firstly that Small Scale Industries employs more people than all industries after agriculture.

Almost four persons can get full employment if Rs. 10 lakhs are invested in fixed assets of small-scale sectors.

Consequently, this distributes employment patterns in all parts of the country and prevents unemployment crisis.

For example, they receive many tax benefits and rebates from the government. The opportunity to earn profits from SSIs are big due to many reasons.

Secondly, procuring manpower and raw materials is also relatively easier for them. Even the government’s export policies favour them heavily.

A large number of poor and marginalized sections of the population depend on them for their sustenance.

These industries not only reduce poverty and income inequality but they also raise standards of living of poor people. Furthermore, they enable people to make a living with dignity.

Question: Match these features of SSIs with the nature of the roles they play in the economy.