When we make a distribution in which there is an involvement of more than one variable, then such an analysis is Regression Analysis. It generally focuses on finding or rather predicting the value of the variable that is dependent on the other. Let’s know more about regression. 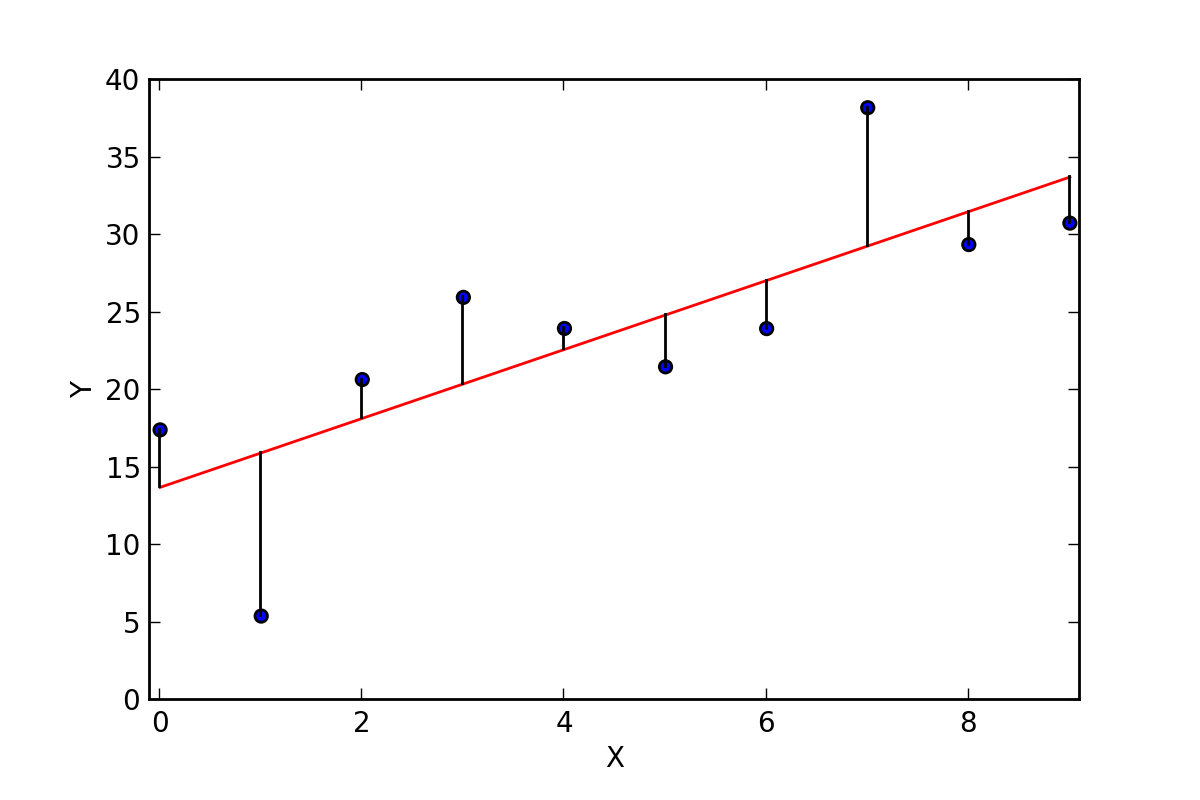 Let there be two variables: x & y. If y depends on x, then the result comes in the form of simple regression. Furthermore, we name the variables x and y as:

Therefore, if we use a simple linear regression model where y depends on x, then the regression line of y on x is:

The two constants a and b are regression parameters. Furthermore, we denote the variable b as byx and we term it as regression coefficient of y on x.

Here, variable yi is the actual value or the observed value. Further,  y ^ i = a + bxi, denotes the estimated value of yi for a given random value of a variable of xi; ei  = Difference between observed and estimated value and is the error or residue. The regression line of y or x along with the estimation errors are as follows: 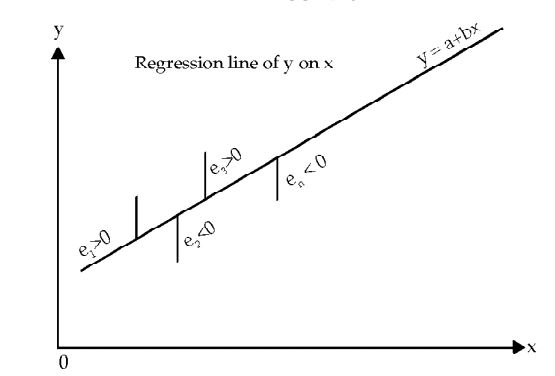 On minimizing the least squares equation, here is what we get. We refer to these equations Normal Equations.

We get the least squares estimate for a and b by solving the above two equations for both a and b.

The estimate of a,  after the estimation of b is:

On substituting the estimates of a  and b is:

Sometimes, it might so happen that variable x depends on variable y. In such cases, the line of regression of x on y is:

The standard form of the regression equation of variable x on y is:

Here are some of the important properties of regression lines.