At the time of Independence, the Indian economy was facing severe problems of illiteracy, poverty, low per capita income, industrial backwardness, and unemployment. After India attained its Independence in 1947, a sincere effort was made to begin an era of industrial development. The government adopted rules and regulations for the various industries. This industrial policy introduction proved to be the turning point in Indian Industrial history.

Industrial policy is a document that sets the tone in implementing, promoting the regulatory roles of the government. It was an effort to expand the industrialization and uplift the economy to its deserved heights. It signified the involvement of the Indian government in the development of the industrial sector.

With the introduction of new economic policies, the main aim of the government was to free the Indian industry from the chains of licensing. The regulatory roles of the Indian government refer to the policies towards industries, their establishments, their functioning, their expansion, their growth as well as their management. 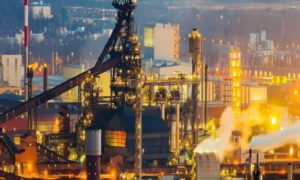 The first industrial policy after independence was announced on 6th April 1948. It was presented by Dr. Shyama Prasad Mukherjee then Industry Minister. The main goal of this policy was to accelerate the industrial development by introducing a mixed economy where the private and public sector was accepted as important in the development of the economy. It saw the Indian economy in socialistic patterns. The large industries were classified into four categories:

To summarize, the policy of 1956 in which the state was given a primary role for industrial development as capital was scarce and business was not strong.

Indian Policy Statement was announced by George Fernandes then the union industry minister of the parliament. The highlights of this policy are:

A] Target on the development of small-scale and cottage industries.

D] Role of the public sector:

The all-around changes introduced in the industrial policy framework have given a new direction to the future industrialization of the country. There are encouraging trends on diverse fronts. Industrial growth was 1.7 percent in 1991-92 that has increased to 9.2 percent in 2007-08. The industrial structure is much more balanced. The impact of industrial reforms is reflected in multiple increases in investment envisaged, both domestic and foreign.

Question: Which industries were included in Schedule B of Industrial Policy Resolution, 1956?