As we all know, entrepreneurs are their own bosses and work towards achieving profits by satisfying the need of the economy. An entrepreneur does a little more than that. You must have often wondered why the government keeps coming up with new policies and ideas to promote entrepreneurship in India (like the mudra yojana). What could the entrepreneur provide to the country that makes him qualified for this special treatment?

Well, you might be surprised to know that there are quite a few functions of the entrepreneurs in our economy that we will discuss in this article. A little clarification can be found by understanding what the economy actually means.

Functions of Entrepreneurs in the Economy

In layman’s terms, an economy can be defined as a general area of production, distribution, trade and consumption. It follows a simple rule of demand and supply. Whatever the consumers need and demand is produced and supplied by the producers in the economy.

As soon as a need is recognized in the society, an entrepreneur comes into action to efficiently and profitably satisfy these needs. Let us see some important functions an entrepreneur fulfils in the economy.

1] Contribution to the GDP 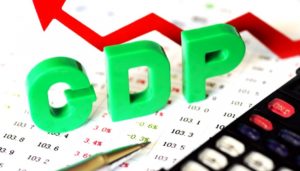 Industries like the handloom and many other industries produce goods not only to meet the domestic requirements but also export these goods and earn valuable foreign exchange for the country. This adds to the economic growth of the country.

Starting new ventures inevitably means the requirement of various resources including the very valuable human resource to get the work done. People are required to perform various functions in an organisation. So one of the major functions of entrepreneurs is helping the economy by generating employment.

More employment to the people also results in more taxable income for the government. This helps the government increase their tax revenues that which they use for the development of the country and improve the standard of living of the people.

India is a labour intensive economy because of the vast population in the country. And since entrepreneurs help in generating employment, they directly help the government in eradicating unemployment and poverty in the economy. More income means that people are able to afford more and better things.

Since a long time, entrepreneurs have been introducing new technologies in the economy. For example, Steve jobs introduced the MAC software. Such technological advancements help to develop the economy as a whole. This is one of the reasons that the government supports and promotes the entrepreneurs

7] Entrepreneurs help other Industries in the Economy

A lot of industries use the products of other industries as a raw material for their finished products, thus generating even more goods and services as well as more revenue.

For example, while flour is a finished product for a person who owns a flour mill, it is a raw material for the factory producing biscuits. In this way, it goes on and on. One idea or product leads to the development of another or complementary product or service.

Entrepreneurs pay various direct and corporate taxes to the state governments without which they cannot function in the states. Therefore, the entrepreneurs help in additional tax revenue generated in the country.

A lot of start-ups are funded by various companies in foreign countries. This helps the economy bring in more and more foreign investments. In fact, RBI helps these start-ups by relaxing policies on FDI.

In light of the above points, it is clear that an entrepreneur is a huge asset for a country and the functioning of an economy greatly depends on the existence of entrepreneurship.

Q: What is the significance of entrepreneurs with concern to the GDP?

Answer: The entrepreneurs contribute a great deal to the GDP. Entrepreneurship is concerned with the production of goods and services in the economy. Thus, it directly affects employment, revenue generation, and foreign exchange. Therefore, it affects the whole economy in general.

Hello
very good information Entrepreneurship. Its really helped my business.
thanks a lot

very very thankfully to me

Is creating employment opportunities a characteristic of entrepreneurship ?

no, but a role or function of entrepreneur in the economy