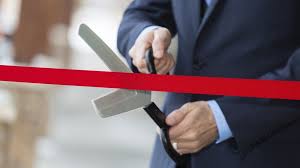 The formation of the company is very early and the initial stage. It involves a lot of legal formalities and procedures initially to be done. A company can only be formed once all the legal formalities are being done with the proper procedures. The authorities have the special powers and a system that has to be followed by each and every business organization for the commencement of its business.

For example: when an individual takes birth, its body parts are the immense element which is being formed before taking the birth, similarly, when a company is formed, before that it has its several aspects and parts which has to be build after which the company is taken into an account to commence its business:

Browse more Topics under Formation Of A Company

1] Promotion of a Company

Who is a promoter of a company?

A successful promoter is a creator of wealth and an economic prophet. The person who is concerned with the promotion of the company, an enterprise is known as a promoter. He conceives the idea of starting a business and takes all the measures required for bringing the enterprise into the existence. For example, Dhirubhai Ambani is the promoter of Reliance Industries.

The promoter finds out the way to generate the money, search business idea, arranges for finance, gather resource and establish a going concern. The company law has not given any legal status to promoters. He stands in fiduciary position.

2] Registration of a Company

It is the registration that gives the company a birth or existence. A company is properly formed when it is properly registered under the Company Act. There is a procedure for the registration process that every organization must follow. It involves the following documents and procedures, 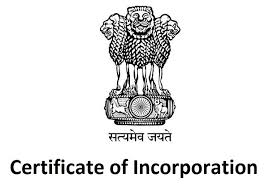 4] Certificate of Commencement of Business

As soon as a private company gets the certification of incorporation it can start its business. Once the certificate of incorporation is received by the company, a public company issues a prospectus for inviting a public to subscribe to its share capital. It fixes the minimum subscription in the prospectus. Then it is required to sell the minimum number of shares mentioned in the prospectus.

After completing the sale of the required number of shares, the certificate is sent to the registrar along with the letter from the bank stating that all the money is received.

Q: What are the types of the promoter?

Ans: There are different types of the promoter, occasional promoters, company promoter, financial promoter, entrepreneurs, lawyers, and engineers etc. They all play different roles during the incorporation of a company, and all of them only hold a fiduciary position until such company is incorporated.

Share with friends
Previous
Organising
Next
Promotion of a Company

Formation of a Company

Does the serial number on the certificate of incorporation and certificate for commencement of business of a company the same?

Formation of a Company