This article deals with the aluminium chloride formula. Aluminium chloride happens to be the main compound of aluminium and chlorine. It is white in color but its samples are often of yellow color. This is due to the contamination of iron(III) chloride.

What is Aluminium Chloride? 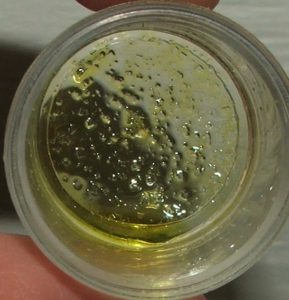 The chemical formula of aluminium chloride happens to be \(AlCl_{3}\). This formula implies that three chloride ions are required for one aluminium ion.

So, in case aluminium and chlorine come close, they would be a help to each other. In terms of electrons, chlorine is the greedy one. One aluminium is capable of losing three electrons. Hence, three atoms of chlorine will pull those three electrons. Ultimately, this stabilizes the aluminium. Moreover, stabilization of the chlorine atoms also takes place because of the filling of the one empty space.

This electron provides four charged particles. Furthermore, these four electrons stick together due to the attraction of the opposite charges. Aluminium chloride is devoid of any net charge. Moreover, it is neutral like all ionic compounds. Most noteworthy, one can write the aluminium chloride formula as

Aluminium chloride happens to be a white compound comprising aluminium and chloride. Contamination of this compound can happen due to iron trichloride. The solid form tends to have very low melting and boiling points.

The major product with benzene derivatives is the para isomer. There certainly are many associated problems with the alkylation reaction. Consequently, it has lesser usage than the acylation reaction. For both reactions, the aluminium chloride, the materials, and equipment must be dry up to a moderate limit.

One can use aluminium chloride to introduce aldehyde groups onto the aromatic rings. For instance, the Gatterman-Koch reaction which makes use of hydrogen chloride, carbon monoxide, and copper chloride. \(AlCl_{3}\) is used widely for polymerization and isomerization and polymerization reactions related to hydrocarbons.

Question- What is aluminium chloride and its formula?