This article deals with aluminium sulfide formula. Aluminium sulfide refers to a grey chemical compound. Furthermore, the compound readily hydrolyzes in the air to result in the formation of hydrogen sulfide. Moreover, aluminium sulfide is a greyish solid that consists of a strong sulfide smell. Let us study more about it.

What is Aluminium Sulfide?

Aluminium sulfide is a chemical compound. Most noteworthy, it has six forms which are crystalline in nature. The preparation of aluminium sulfide takes place by thermite like reaction between aluminium powders and sulfur.

Aluminium sulfide is also known as dialuminium trisulfide. Furthermore, it is an inorganic compound that has considerable usage as a raw material when the synthesis of a hydrogen sulfide takes place. This compound happens to be moderately water and acid-soluble. Moreover, aluminium sulfide has an interesting structural history and it exists in several forms. Also, the substance is sensitive to water, it hydrolyzes to hydrated aluminium oxides/hydroxides.

The formula of aluminium sulfide happens to be \(Al_{2}S_{3}\). Sometimes, this compound exists in the hydrate form. Furthermore, in such a form, the various number of water molecules hydrate it. The formation of this compound takes place by two cation \(Al^{3+}\) and three anions \(S^{2-}\). Consequently, its formula turns out to be \(Al_{2}S_{3}\). Several crystal structures of aluminium sulfide are certainly possible. Some of these crystal structures are hexagonal, tetragonal, and trigonal.

This reaction tends to be extremely exothermic. As a result, it is not necessary or preferable to heat the whole mass of the sulfur-aluminium mixture. However, one notable exception here is that very small amounts of reactants can be heated. The creation of the product will take place in a form that is fused.

Most noteworthy, in such a form, it can reach a very high temperature. This temperature is greater than 1100 °C. Consequently, due to such a high temperature, there develops a huge probability that the melting of the steel can take place. Above all, the cooled product tends to be very hard. 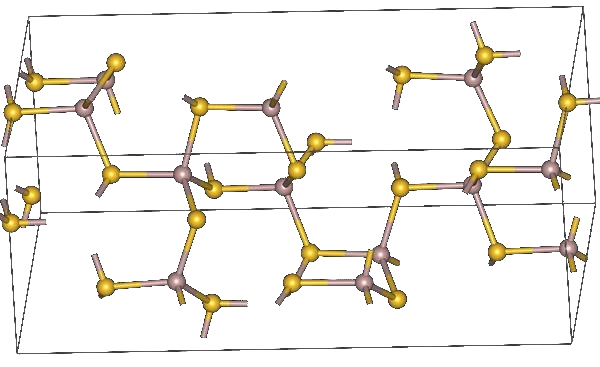 Chemically speaking, aluminium sulfide has a similar nature to the other metal sulfides. Furthermore, this means that it is slightly soluble in water while being largely soluble in acid solutions. Moreover, in the presence of sodium or potassium bases, it forms sodium sulfide after the reaction. Sodium sulfide is an irritant that affects the eyes and skin.

Aluminium sulfide is highly toxic in nature. Consequently, it is very dangerous for the health of individuals. Moreover, it can prove fatal if one inhales it. Also, severe damage to the nervous system can take place. This compound can also cause blood damage in the body.

Question- What is aluminium sulfide and its formula?

Answer- Aluminium sulfide refers to a grey chemical compound and its formula is \(Al_{2}S_{3}\).