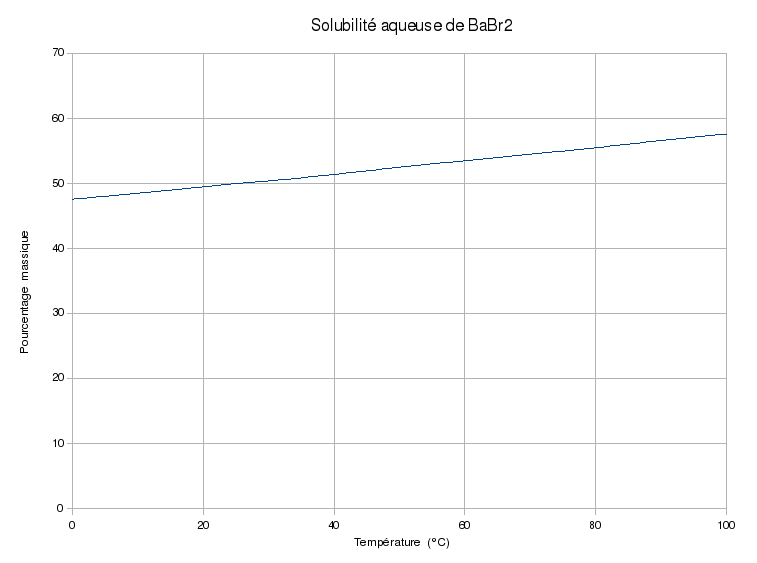 What is Barium Bromide?

Barium bromide is an Earth metal that is metallic alkaline in nature. In nature, this compound never occurs in pure form. This is because of the reactivity of barium bromide with air. Furthermore, barium bromide combines with chemicals like oxygen and sulfur or carbon to result in the formation of barium compounds.

Moreover, these barium compounds may exist as minerals. Also, bromine happens to be a halogen element. Diatomic bromine certainly does not exist naturally. One can find bromine salts in crustal rock.

The barium bromide formula is also called as barium (2+) dibromide formula. Barium bromide acts as a simple salt when it is in aqueous form. Moreover, this salt crystallizes in lead chloride motif to result in the formation of white crystals that are deliquescent orthorhombic.

Most noteworthy, the chemical or molecular formula of barium bromide is \(BaBr_{2}\). One can synthesize barium (2+) dibromide from barium sulfide or barium carbonate by reacting it with hydrochloric acid. This reaction results in the formation of hydrated barium bromide.

Barium bromide can crystallize in a lead chloride motif. Moreover, this crystallization results in the formation of orthorhombic crystals that are white and deliquescent. In aqueous solution, barium bromide acts as a simple salt. Furthermore, barium bromide solutions react with sulfate salts.

Barium can block the passive influx of intracellular potassium. This causes a shift of potassium from the compartment of extracellular to intracellular. Consequently, there is a decreased resting membrane potential which makes the muscle fibers electrically unexcitable. This ultimately results in paralysis.

Bromine certainly is a powerful oxidizing agent that can release free oxygen radicals from the water that exist in mucous membranes. Moreover, these free radicals happen to be potent oxidizers that can cause tissue damage. Also, the formation of bromic acids results in secondary irritation. The bromide can impact the central nervous system, causing bromism.