Chemistry deals with the way during which subatomic particles bond together to make atoms. In molecular orbital theory, bond order plays a really important role to find bond strength and also utilized in valence bond theory. Bond order may be a measurement of the number of electrons involved in bonds between two atoms during a molecule. It’s used as an indicator of the stability of a bond. During this article, we’ll discuss the concept of bond order and bond order formula. 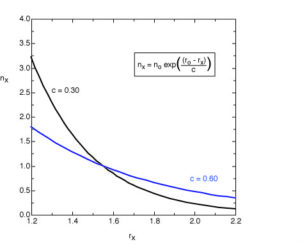 The bond order concept utilized in molecular dynamics and bond order potentials. The magnitude of the bond order is related to the bond length. Bond length is defined because of the distance between the centres of two covalently bonded atoms. Generally, the length of the bond between two atoms is approximately the sum of the covalent radii of the 2 atoms.

Step 2  – Put the values in the bond order formula, we get

It means a single covalent bond exists in H2 molecule, and diamagnetic since there is no unpaired electron.

Q2] Determine the bond order for nitronium ion: NO+2

Step 4 –  Divide the bond groups between individual atoms by the total number of bonds. The bond order is 2.