Cadmium is the natural element in the earth’s crust. It is usually found as a mineral combined with other elements like oxygen (giving cadmium oxide), chlorine (giving cadmium chloride), or sulfur (giving cadmium sulfate and cadmium sulfite). Here Cadmium sulfate is the name of a series of related compounds of the inorganic type. All such kinds of salts are colorless and highly soluble in water. The student will learn interesting facts and Cadmium Sulfate formula on this topic. Let us learn it! 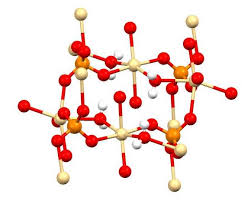 What is Cadmium Sulfate?

Cadmium Sulfate is a white color, crystalline solid and is easily soluble in water. Cadmium is a natural element with atomic number 48 and atomic weight 112.411. Its electronic configuration is \(4d^{10} 5s^2\) and oxidation state is 2.

We generally describe Cadmium metal as bluish or silver-white in color and is soft, ductile, and malleable. It usually occurs as a mineral of other elements. One such compound is Cadmium Sulfite. These compounds are all stable solids and don’t evaporate.

Most cadmium is found as the byproduct of the smelting of zinc, lead, or copper ores, probably owing to its chemical similarity. Cadmium has many important industrial applications. Mostly it is used in metal plating, plastics, batteries, photovoltaic cells, etc.

Though cadmium has come into widespread use only fairly recently, it is quite likely that for many centuries this highly toxic metal has caused incidents of food poisoning. After mercury and lead, it can probably be considered next in importance of an environmental pollutant.

The formula for Cadmium Sulfate:

It’s the most common form is the monohydrate which is

About two other forms are:

Cadmium Sulfate is a whitish, crystalline, inorganic compound that forms toxic fumes of cadmium oxides when heated. Its chemical name is Cadmium Sulfate and its Density in anhydrous form is 4.691 gram per cubic cm. Its melting point is 1000 degree C.

Cadmium sulfate is prepared by the reaction of cadmium metal or its oxide or hydroxide with the dilute sulfuric acid. Its chemical equation is:

Cadmium sulfate is useful mainly for the electroplating of cadmium in the electronic circuits. It is also a precursor of the cadmium-based pigment. It is also useful for electrolyte in the Weston standard cell as well as a pigment in fluorescent screens.

Calcium sulfate is also useful in vacuum tubes, fluorescent screens, analytical chemistry, as a fungicide. Also used as a chemical intermediate to produce cadmium containing pigments and stabilizers. Calcium sulfate is a known carcinogen and is associated with an elevated risk of developing lung cancer

Q.1: What Are the Health Hazards of Cadmium Sulfate?

Solution: Exposure to the Cadmium Sulfate irritates the eyes, skin and respiratory tract and consequently causes damage to the lungs resulting in shortness of breath, chest pain, and pulmonary edema. It can also damage the kidneys causing proteinuria and decreased renal function.

Its molar mass will be: